Equity capital raises were the key trend of the week as the cannabis space recorded the third-highest weekly amount raised so far in 2019.

The data below, provided by Viridian Capital Advisors, is through the week ended May 10. 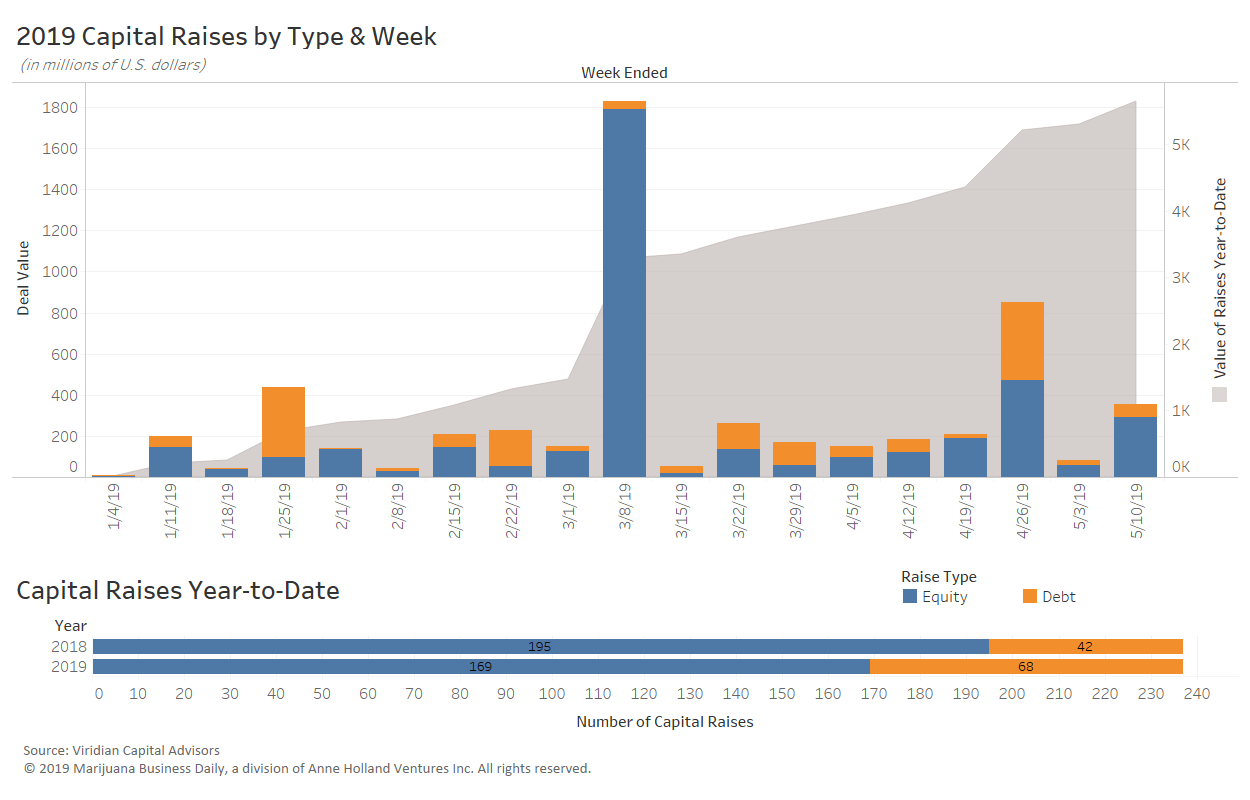 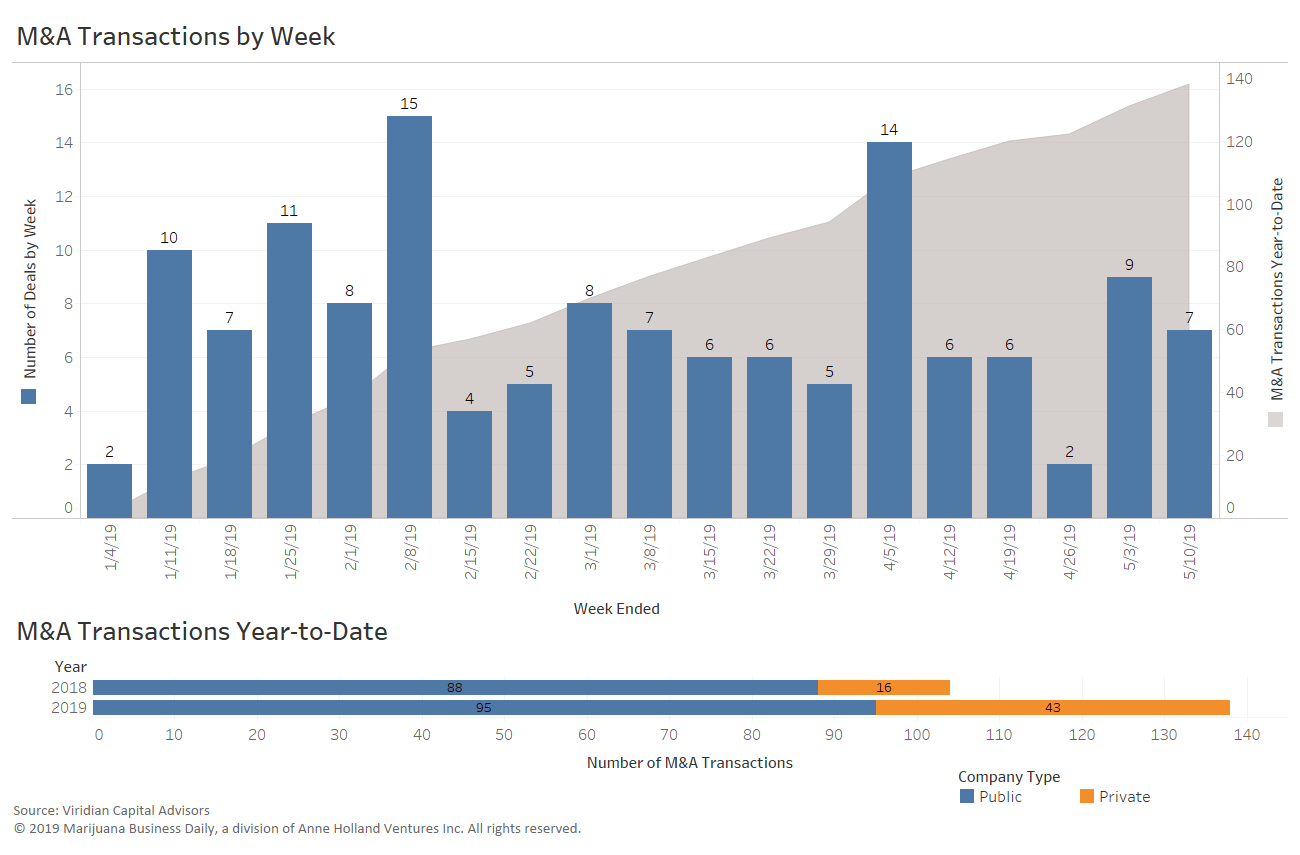