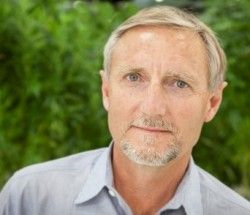 LivWell has quickly built a cannabis empire in Colorado, growing from one dispensary in 2010 to nearly a dozen medical and recreational marijuana storefronts that generate tens of millions of dollars in sales annually.

It’s now one of the largest marijuana retail chains in the state – and in the country, for that matter.

While navigating its meteoric growth, the company has had to adjust to new regulations and numerous challenges along the way. One of the latest examples: LivWell, which operates massive grow sites to supply its storefronts, was caught up in a large pesticide quarantine in April. But it ultimately prevailed, and Denver officials released the company’s inventory.

Marijuana Business Daily caught up with owner John Lord to talk about LivWell’s expansion, the recent pesticide issue and Colorado’s upcoming marijuana tax holiday. Following are excerpts of that conversation, edited for length and clarity.

LivWell is one of several companies – most of them in Colorado – that have developed retail chains in recent years. How did the company accomplish that, and how long did it take to get this big?

We’re actually 11 locations. Two are under Beacon Wellness and not yet branded as LivWell stores.

It has taken us five years, and it’s been sort of a steady growth of the company. We plotted a quiet course of getting it done, and it’s been a matter of getting the right staff in place, the right training for our staff, and concentrating on the basics first. There have been several acquisitions along the way.

We’re undecided (on when the new stores will be branded as LivWell). We’re currently doing some buildouts for the stores for the future, and once that goes through the permitting process, it could be late this year or early next year.

Can you give us a ballpark idea of LivWell’s annual revenue?

Although we don’t wish to be specific, this year we project to be well in excess of $80 million.

Colorado is having an unprecedented marijuana tax holiday next week on recreational cannabis purchases at the retail and wholesale level. How are you preparing for this, and do you expect to see a spike in sales?

I just believe it to be another 420-style situation. I think we’ve got a few little in-store specials and things going on, but nothing too carried away.

Traditionally, with these types of events, if you take a two-week sales average, really there’s very little increase (in overall revenues). You get a blip on the day, sure, but perhaps before and after there’s a bit of a lull.

It depends on how long you want to take the average over. On the day, of course, it is a bump, and we have to staff up accordingly and try to support our staff as much as possible, because it’s a pretty heavy day for them.

Pesticide use in the marijuana industry has been in the news a good bit recently, and LivWell was involved in a quarantine earlier this year. How did that force LivWell’s policies to change, and how do you think the issue can be resolved by the industry at large?

We had actually changed well prior to the city placing the hold on our grow in April. We tested with… Gobi Analytical, and within a few days we had proven that we had no pesticide residue on the crop, and we were shipping again. The hold was eventually released.

The city sort of came in with a sort of guilty-until-proven-innocent situation, and as I said, the testing eventually all came back negative, so it caused us an inconvenience for a few days.

We’d already moved to only using natural pesticides, and moved away from synthetic pesticides in anticipation of what was about to occur. It’s more about the labeling than it is the actual pesticide.

The fact that it doesn’t say “for use with marijuana” on the label is actually more what the Department of Agriculture is upset about than anything else. The chemicals themselves are used in food production all over the place. Although we’ve moved completely away from them, that’s the situation.

How do you think the pesticide issue can really be resolved for the good of the industry?

In Denver, they decided to test grows instead of retail outlets. Basically somebody outside the city of Denver could be growing and using all sorts of illegal pesticides and then shipping it into Denver, where it’s retailed.

So I never understood the city’s decision to test grows. Surely, you should test the stores. That’s the end of the pipeline. So the whole thing made little sense to me and was slightly ill-conceived.

As far as a final resolution, I think that’s an unwritten story because all labeling of pesticides – be they quite innocent pesticides or aggressive pesticides – is a federal government situation. So now you’re touching a federal problem.

It’s like banking. You’re now in a crux situation. So I don’t see a true resolution to the pesticide issue until cannabis is federally legal.