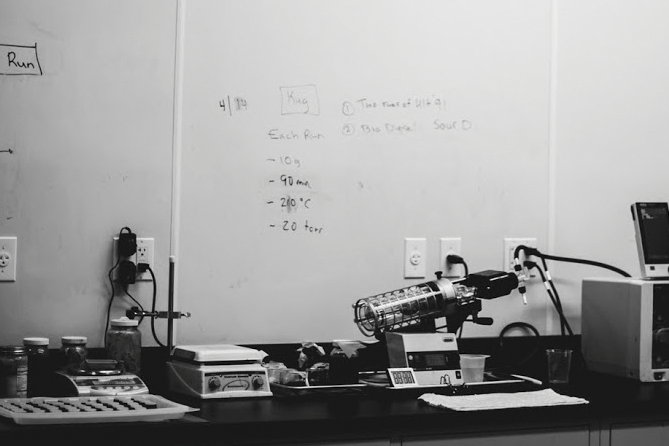 Recreational and medical cannabis consumers increasingly are turning to concentrates such as waxes, budders and oils, introducing new considerations for cultivators and processors who want to tap into this burgeoning area of the marijuana industry.

Growing specifically for concentrates is a bit of a different beast than focusing on the flower. Each concentrate can have different potency levels, consistencies and tastes, so the strain used and its chemical makeup can have a significant impact on the final product.

Strain selection therefore is vitally important, as are terpenes and the extraction method used – be it mechanical or solvent-based.

Two basic extraction methods are prevalent in the industry today: The mechanical approach uses dry sifting and heat pressing, while the solvent method relies on substances like butane, CO2 and ethanol.

“What kind of strain you want to choose will depend on what kind of end product you want and what kind of extraction process you want to use,” said Samuel Edwards, founder of Sonoma Cannabis Company in Santa Rosa, California, which makes concentrates and recently took third place in the 2016 Emerald Cup CO2 oil category.

High yield – or the amount of concentrate that can be derived from cannabis – is one of the sought-after traits in strains grown for extraction purposes. Typically, it takes at least a quarter of an ounce of flower, or about 7 grams, to yield 1 gram of wax or shatter.

So it makes sense to use strains with high amounts of THC, given that it will take less plant material to yield a gram of concentrate than it will with lower THC levels.

For concentrates, moreover, you want high-THC strains with lots of resins because they will produce a better yield.

“You really are primarily focused on the resin glands, the trichrome heads, especially for a wax (or a) shatter,” Edwards said.

High-yielding strains that Edwards likes include Sour Tangie and Lemon Jah Goo, which he converts into rosin using heat-press extraction.

While some strains have higher THC levels than others, there are ways to “visually assess” which ones would make good concentrates material.

“As far as physical characteristics that you can look for, you can pretty easily assess resin density on a strain,” said Jason Nelson, cultivation manager at Cresco Labs, a medical marijuana grower and processor headquartered
in Illinois.

He advises using “something like an indica that’s really dense and frosty compared to a sativa that can sometimes be more stretchy.”

“It has resin glands associated with it, but it’s not that truly, really frosty dense look,” he added.

“The ultimate bellwether is when you do the actual extraction and see how much extract a certain amount of flower yields,” Edwards said.

Another important factor cultivators should consider when thinking about strains for extracts are terpenes, the organic compounds that give cannabis and other plants and fruits their aromas and tastes. Wax and shatter consumers are particularly keen on terpenes, as are users who vape.

“Most people consuming wax and shatter do look for a nice flavor profile, knowing that they’re going to get a pretty potent experience regardless if it’s a 60% wax or an 80% wax,” Nelson said. “So we do strain specific waxes and shatters – strains that are very flavorful.”

As examples, he singled out Durban Poison as having an excellent terpene profile, as well as a proprietary sativa strain called Sojay Haze.

“It’s just some of the best wax we’ve ever had because it has a very unique flavor profile – very strong, floral, very enjoyable to consume,” Nelson said.

While consumers have previously leaned toward so-called “fuel” strains like Sour Diesel and OGs, Edwards said consumers are now more interested in the citrus-flavored strains such as Sour Tangie, Lemon Jah Goo and Blood Orange Tangie.

“There’s this aspect of the citrus-sweet balance that seems to be really popular in the market right now,” Edwards said.

Terpenes enhance not only color and flavor, but they also improve the impact of cannabinoids on users, according to growers. For example, some terpenes, like beta-caryophyllene, unlock human endo-cannabinoid receptors and thus promote a faster uptake of THC and other cannabinoids.

“Strains like Headband have a strong onset because they have a lot of beta-caryophyllene,” Edwards said.

When trichromes and terpenes work together, that’s what cultivators call the entourage effect.

Growers agree there is plenty of anecdotal evidence indicating that marijuana’s effect on consumers is better when terpenes are present in concentrates versus when they are left out.

“It looks like there’s an entourage effect with increased medicinal properties when you actually have terpenes, compared to not having them,” Nelson said.

But many consumers say they want the terpenes in their final product, even in edibles, to achieve the entourage effect.

“In general, we find that our market is actually asking to have some of the terpenes remain in our edibles,” Nelson said.

“People say the experience is more powerful when they have those terpenes in there,” he added. “We find that people overlook that little bit of flavor alteration in preference to getting some terpenes and getting a more noticeable effect from that edible.”

Referring to the entourage effect, Nelson said that having the terpenes in the product can deliver a stronger experience for consumers than cannabinoids can individually.

While some strains have more terpenes than others, growers have methods at their disposal to increase the amount of these organic compounds in their plants.

Edwards suggests stressing the plants with limited water and no nutrients. “You stress them a lot, you don’t feed them, you get really high terpene and THC trichrome content. And that allows for better extraction,” Edwards said.

Edwards also likes to harvest his plants at dawn. That’s because plants produce terpenes at night, which then evaporate over the day. By harvesting at dawn, you have a better chance of capturing more terpenes in the flower. Edwards’ workers harvest at 5 a.m. and then either extract right away or put the product on dry ice for future extraction.

While growers like Edwards and Nelson are among those developing a keen sense of which strains work best for concentrates, both are quick to acknowledge they have just scratched the surface.