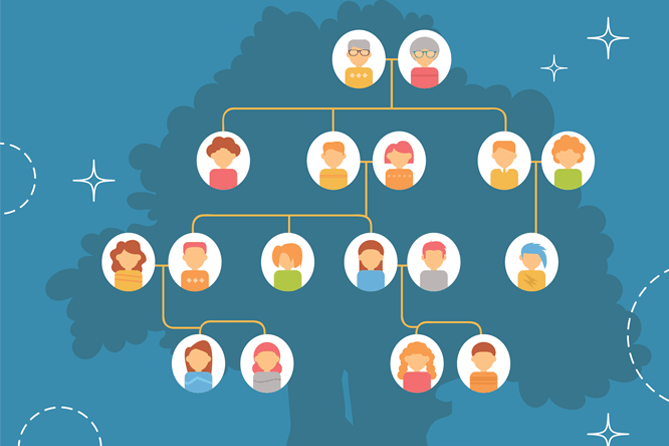 Reducing conflicts in a family MJ business can involve exercise, deep breathing or hiring a counselor to work through issues

But working with family – siblings, parents or a spouse – ushers in its own set of challenges and baggage. Let’s face it: It’s awkward to complain to your spouse about your business partner when that partner is your husband or wife.

Thankfully, there are ways to reduce the stress and conflict that can arise from working with family. The strategies run the gamut – from turning off your phone at the dinner table and practicing yoga, to going for a walk or hiring a professional counselor to help work out conflicts.

Below are tips from marijuana industry executives who operate family-run businesses.

The marijuana industry, to be sure, is not isolated as far as family members working together. According to the latest U.S. Census Bureau data, about one in five firms are family-owned.

And family-owned enterprises range in size from the corner mom-and-pop grocery to Walmart and Ford Motor Co.

Small wonder that family businesses account for a notable chunk of the U.S. economy. For starters, working with family members in a field you love can be the best of all worlds.

“It was a dream come true to be able to start a business with my father around a subject that we both shared equal passion around. It is equally rewarding to get to run a company with my wife, who I consider the smartest, most compassionate person I have ever been around,” said Eric Speegle, co-founder of Verdes Foundation, a medical marijuana business in Albuquerque, New Mexico. Speegle owns the company with his wife, Rachael, and his father, Doug.

But it hasn’t always been smooth sailing since the Speegles launched Verdes in August 2014.

Leave Work at the Office

For the first couple of years, Verdes was all-consuming. The company dominated conversations at family gatherings, which annoyed other family members not involved in the business.

Now, Rachael and Eric make a conscious effort to leave work at the door when they get home, although Rachael admits they’re not always successful.

By design, they commute to Verdes in separate cars to give each other space and time to decompress after work. On their way, the couple practice deep-breathing techniques to relieve anxiety. A professional counselor taught them the breathing exercise.

And instead of rehashing what went on at work, Rachael and Eric try to focus on spending more quality time with each other and family members.

But it doesn’t stop there. The couple realized they were unintentionally getting under each other’s skin at work. Often, it wasn’t so much what they said, but the way they said it.

“A big part of it is really listening to the other person” and not talking over each other or becoming impatient or angry, Rachael said.

For example, Rachael had come up with a marketing campaign for the Memorial Day 2017 weekend, and her husband asked her a lot of questions that she had already worked out with a colleague at Verdes.

“I didn’t think I needed to justify my decision to my husband,” she said.

And Rachael remembers irritating Eric when she questioned why the ratio between indica and sativa on their shelves wasn’t what she had expected.

About a year ago, the Speegles hired Bob Sugar, a licensed mental health counselor and relationship therapist.

Rachael got the counselor’s name from her hair stylist. “Hairdressers know everyone,” she joked. The counselor was so popular, the couple were on a six-month waiting list before they could see him. They also hired another counselor to work with their staff.

One of the lessons the Speegles learned was to pose questions as a sign of curiosity rather than with an accusatory or skeptical tone, Rachael explained.

Now, she said, the couple have changed the dynamics by phrasing the questions “in a way that doesn’t get the other person’s armor up.” Avoiding being confrontational can be as simple as saying, “I’m curious why you chose this species,” instead of asking “why” repeatedly, Rachael said.

The couple also hold “premeetings” before huddling with the staff to make sure they are both on the same page. A premeeting can last anywhere from 10 to 30 minutes. One recent premeeting involved discussing with the staff ways to improve the aesthetics of Verdes’ website. Rachael said she was unhappy with the website’s photographs, and Eric, who is more technically oriented, had good ideas on how photographs should be taken.

In 2014, Emily Paxhia moved across the country to join her brother Morgan in San Francisco to launch Poseidon Asset Management, a cannabis investment company with more than $35 million in assets.

It was in the siblings’ DNA to work together. Their parents had started a real estate firm in Youngstown, New York, north of Buffalo.

Both Morgan and Emily said they can’t recall butting heads or getting mad at each other at work.

“Honestly, we have not made too many mistakes working with each other,” Emily said.

Still, they have found ways not to make business all-consuming. One simple solution: “No phones near the table” when eating dinner with their spouses, Emily said.

In addition, they both are health conscious and reduce their stress levels by running and walking their dogs. Emily also tries to practice yoga daily.

Their favorite stress buster, however, is sailing together, often on San Francisco Bay, according to Morgan.

“We love getting out on the water as a family to get away from any computer or phone screens,” Morgan said.

On the water, the siblings must monitor weather and wind conditions, as well as enjoy the breezes and spray, instead of obsessing over work. Sailing also provides a valuable lesson when dealing with stressful situations on the job.

“We learned from sailing together and sailboat racing together that we can remain calm during intense and competitive situations,” Emily noted.

Sometimes being wacky at work is the best medicine for avoiding stress. Ask Sloan Reed and her sister, Siobhan Danger Darwish.

In the summer of 2017, Sloan, 20, moved from Utah to California to join her sister’s Blessed Coast Farms, one of the first permitted cannabis cultivation sites in Humboldt County.

Sloan had been studying psychology and felt stifled by the classroom scene, when Siobhan, Blessed Coast Farms’ 34-year-old founder, invited her to team up.

The sisters have videotaped their time together, documenting their journey in the marijuana business. They call the videos the “Grow Sisters Project.”

“The greatest advantage of working with family is that you communicate differently than with coworkers,” Darwish said. “We are able to be honest with our needs and desires on the farm.”

The sisters had a lot of fun filming Sloan’s journey on their “Grow Sisters Project” last summer. They posted 50 YouTube videos, which range in length from about 2½ minutes to more than 20 minutes. The videos cover topics such as when to harvest, sustainability and one they dubbed “Dirty Talk,” which focused on testing soil conditions. The YouTube channel has more than 950 subscribers, and some of the videos have had thousands of views.

“Sloan and I are both pretty easy people to work with, and there wasn’t any tension between us,” Darwish said. “Having the ‘Grow Sisters Project’ was so much fun that it created a silly working environment and took stress off the work.”

Three Tips for Working with Family

Quentin J. Fleming – an author, university professor and management consultant who specializes in working with family businesses – has never worked with a family in the cannabis business.

“The whole premise of my book is that the real challenges have nothing to do with the type of business but with the family issues that come into play day by day,” said Fleming, author of “Keep the Family Baggage Out of the Family Business.”

One common thread that Fleming has found working with Fortune 500 companies and midsize family-owned operations is that no one ever intentionally increases the stress levels of other family members.

It just happens, said Fleming, who also is an adjunct professor of managerial decision-making and strategic planning at the University of Southern California’s Marshall School of Business.

“Nothing is ever malicious about it,” Fleming said. “Whatever happens in the family replays itself in the business. These can be ingrained habits that you have to overcome.”

Fleming said he has seen it take as long as a year for family members in business to change their habits and work together as a team.

Following are three tips from Fleming on how to avoid hurt feelings when family members work together:

It can be difficult for parents “who used to change your diapers” to treat their children as business partners, Fleming said. One way to get over that hurdle: Remember that if you don’t respect your children’s input the way you would someone who is not a family member, “your kids won’t get the full value of your knowledge and experience,” Fleming noted. Also, you might find that your children have better insights into things like technology and social media than you do.

You should not call your father “dad” while at work, especially in front of staff members, Fleming said. “Keep in mind that other people who work at your business can’t call a family member ‘dad’ or say, ‘Hey, honey, can you come over here for a second?’”

3. Don’t be afraid to ask for help

“One of the issues I faced when I was writing my book is that all of these people were telling me all of these problems they were having with their family members at work, and I wasn’t trained as a family therapist,” he said.

In fact, the owners of Verdes Foundation, a medical marijuana dispensary in Albuquerque, New Mexico, are working with a professional relationship counselor and highly recommend that others in the business follow their lead.

Fleming said family members in the marijuana industry could also tap other resources for help.

“They should check with nearby universities and colleges that often will provide workshops or guest speakers who can give advice on everything from how family members can avoid emotions with each other at work to how to best structure family finances,” he said.

Family members working together could also check to see if their local Chamber of Commerce or business associations offer similar programs to members, Fleming added.

And because the marijuana industry is such a tight-knit community, Fleming noted, it could help to put out feelers to see if other competitors and peers would like to meet occasionally to discuss best practices for dealing with family members in a work environment

Fleming also couldn’t resist this bit of marijuana-related advice: “It may be bad humor, but one idea might be to sample your own product. That might calm things down a bit.”