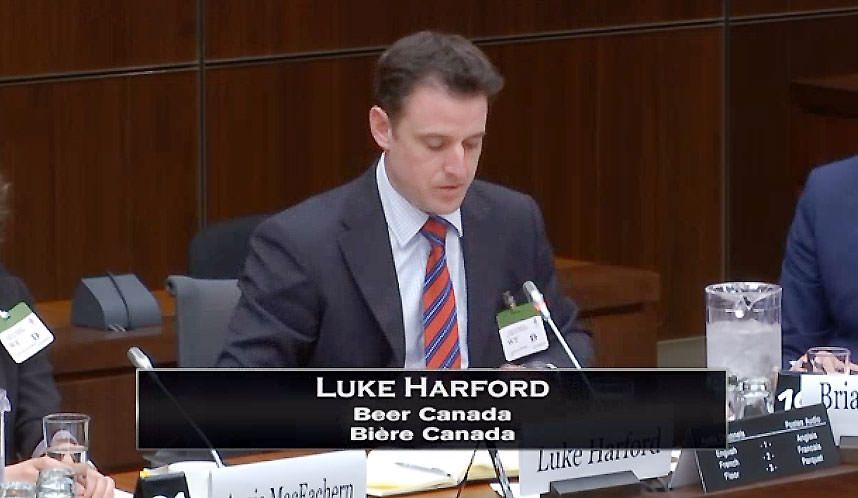 Canada’s beer industry is expressing concern that the recreational marijuana market is going to cut into its profits, and it wants the government to raise the proposed tax to level the playing field.

“The potential for legal marijuana to cannibalize beer (in Canada) is much more significant compared to the U.S. because of our higher beer taxes and high prices,” Luke Harford, president of Beer Canada, told the Standing Committee on Finance over Bill C-74.

His statements give a rare glimpse into the anxiety the alcohol industry has about the pending legalization of marijuana.

Part of Bill C-74 lays out the excise taxes for recreational marijuana sales.

Harford urged the committee to recommend a higher level of taxation for adult-use cannabis sales before the law goes back to parliament for a vote.

“Domestic brewers are concerned that legal recreational marijuana is going to have a negative impact on beer sales, which on a per capita basis have already declined by 10% in the last 10 years,” he told the committee.

In a recent interview with Marijuana Business Daily, Sundial Growers CEO Torsten Kuenzlen – former executive for The Coca-Cola Co. and Molson Coors – said “virtually all alcohol companies are very carefully looking at the cannabis space and looking to partner in some shape or form.”

Beer Canada did not immediately reply to queries from Marijuana Business Daily.