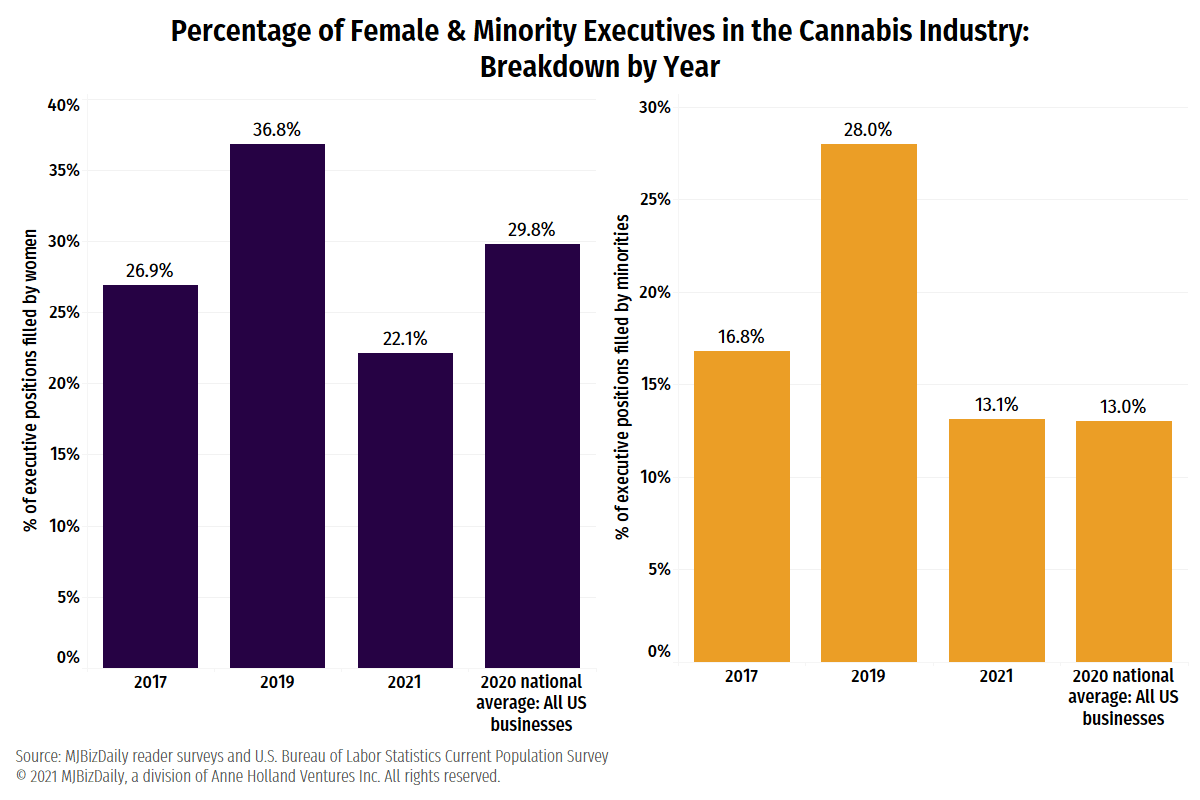 The percentage of executive positions held by women and minorities in the U.S. cannabis industry fell between 2019 and 2021, according to a new report now available from MJBizDaily.

Notably, in 2021, the percentage of women who hold executive positions, 22.1%, fell below the average recorded across the larger U.S. business landscape, 29.8%, according to the 2021 report, “Women & Minorities in the Cannabis Industry.”

Previously, the portion of executive positions held by women in the cannabis industry – 36.8% in 2019 – consistently outpaced that of mainstream businesses.

This shift isn’t driven solely by a decline in female cannabis executives.

The latest data from the U.S. Bureau of Labor Statistics indicates that women hold a higher percentage of these roles in the broader economy – up to nearly 30% from only 21% in 2018.

This is despite increased focus at the state level to improve racial diversity within the cannabis industry.

In previous years, minorities held a higher proportion of executive positions at cannabis businesses than they did at mainstream companies.

Industry experts suggest that competitive markets tend to favor businesses with white men in ownership and leadership positions, primarily because of their established access to capital.

In addition, more executives from mainstream sectors are opting into the cannabis industry as a new opportunity, accelerating the increase of white men in power positions.

The free report, “Women & Minorities in the Cannabis Industry,” can be downloaded here.