Darcy Gray, chief of Listuguj Mi’gmaq First Nation, said economic opportunities arising from cannabis legalization didn’t seem to be part of the conversations being had between the federal government and First Nations.

“Essentially, we seem to be an afterthought and something to be dealt with once things were set up and the market secured by others. So we recognize familiar patterns of systemic exclusion,” Gray told the committee.

On the production side, only six of more than 600 cannabis producers licensed by both Health Canada and the Canada Revenue Agency are located on a reserve, implying the federal government has sanctioned, directly or indirectly, very little legal cannabis production in First Nations communities.

Provinces have sanctioned only a handful of stores in Indigenous communities across the country.

At the hearings, Health Canada said it operates the Indigenous Navigator service to assist Indigenous communities’ participation in the production and manufacturing of cannabis.

The regulator allows Indigenous-affiliated applicants to start the license-review process of their application before their facility is built, whereas non-Indigenous companies need to complete their facility before the Health Canada review can begin.

“Since 2016, Health Canada officials have participated in approximately 290 engagement sessions to discuss cannabis legalization and regulation, which has informed how Health Canada administers the Cannabis Act,” an agency representative told the committee.

“Since 2019, Health Canada has had discussions with an increasing number of interested First Nations developing their own cannabis-control measures ‘to explore mutually beneficial cannabis arrangements within the existing framework of the Cannabis Act.'”

“Six years later, we’re still on the outside looking in on many aspects, despite putting in place many pieces to ensure our participation in the industry,” the chief told the committee.

He also suggested Indigenous communities are missing out on public health benefits from regulating cannabis production and sales on reserves.

“Systemic barriers remain in place. Our best efforts and those of other First Nations seem to be falling on deaf ears, especially when it comes to working with the province of Quebec,” he said.

The chief said “systemic exclusion” from the legal sector sends the message that Ingenious health is of lesser importance.

“Meanwhile, the industry as constructed seems to be floundering and asking for relief in some way, asking for reduced regulations and tax breaks and greater advantages,” Gray said.

The chief said he pushed for something along the lines of what became Section 62 in the province of Quebec’s Cannabis Act.

That section of Quebec’s law allows the provincial government to enter into agreements with First Nations regarding cannabis regulation, so long as those deals have the same objectives as Quebec’s law.

Quebec is now five years into legalization, and MJBizDaily understands the province has reached no such deals with any Indigenous communities.

But no stores have been opened, or sanctioned, by the province to facilitate access to “legal” cannabis on reserves.

Dwayne Nashkawa, a strategic adviser for Nipissing First Nation, told the Senate committee there’s been an “almost an entire absence of meaningful dialogue” for the past few years on the part of the federal government.

“There’s been a lot of talk about a high-level of engagement with First Nations about cannabis,” he said, “but beyond the initial round of PowerPoint presentations and group meetings, there’s been almost an entire absence of meaningful dialogue for two or three years now on the federal side.”

Nashkawa called for a more “meaningful” level of engagement from the federal government.

“To make our regime work, we effectively had to adopt most of the elements of Ontario’s regime,” said Nashkawa, who was involved in the development and implementation of the Nippissing First Nation Cannabis Law.

“We view this as an interim approach to provide security to those (businesses) who were making an investment and to make sure the supply is safe and that the actors in the community were from our community.”

He said jurisdictional issues include the right to govern economic development in their own territory, “entrenching the ability for our citizens to participate in the cannabis economy.”

“It’s only the federal government that could facilitate and support the firm establishment of those relationships,” he said.

Nipissing First Nation law requires that local vendors obtain a business license from the First Nation to operate a store.

A condition of that stipulation is that the operator must become an authorized cannabis retailer with the government of Ontario.

“We want recognition of this right to participate in the economy free from reprisal and on a fair basis with a level playing field,” he told the committee.

“We also want the legal basis to work with other First Nations on a system of larger collective self-regulation for recreational cannabis so we can provide our retailers with a framework free of provincial (and federal) regulatory priorities.”

The exclusion of Indigenous-led cannabis regulation in their communities means more than lost business opportunities, some First Nations leaders say.

“Canada’s legalization of cannabis through the enactment of the Cannabis Act was meant to address and resolve the issues that Canada was facing regarding the illicit market. Unfortunately, it has had an adverse impact on Kahnawá:ke in particular, and on First Nations,” she told the committee.

“Rather than resolving any of these issues, it has actually amplified them and added to those issues.”

She said the main objectives of the Cannabis Act were to protect public safety and health, as well as to provide for the establishment of a diverse and competitive industry.

“Unfortunately, it has failed in meeting these objectives in my community of Kahnawá:ke,” she said.

“There have been significant impacts with respect to public health and public safety on our jurisdiction, and all of this with no economic benefit.”

She said youth consumption has increased, for example.

Regarding policing, she said her territory’s “peacekeepers” lack the resources to monitor and enforce the new rules.

“The Cannabis Act disregarded the First Nations’ right to self-determination and jurisdiction in that it didn’t create a possibility for First Nations to actually regulate the industry outside the federal and provincial frameworks, which led to some of these problems arising, and we’re trying as best as we can to gain control of them,” Perron told the Senate hearing.

“We have made efforts to curb the illicit market in the territory. We’ve imposed a moratorium, created our own law, we have a Cannabis Control Board.

“We’ve made numerous attempts at entering into an agreement with Quebec, to no avail, and now the pressure is building in the community given the fact that there is no legal opportunity.”

“There is absolutely a need for legislative reform,” she said, “in the sense of a carve-out within the Act itself for First Nations in terms of regulating (production and sale) to have direct access to the Health Canada licensed products within their territories and not through the provinces.” 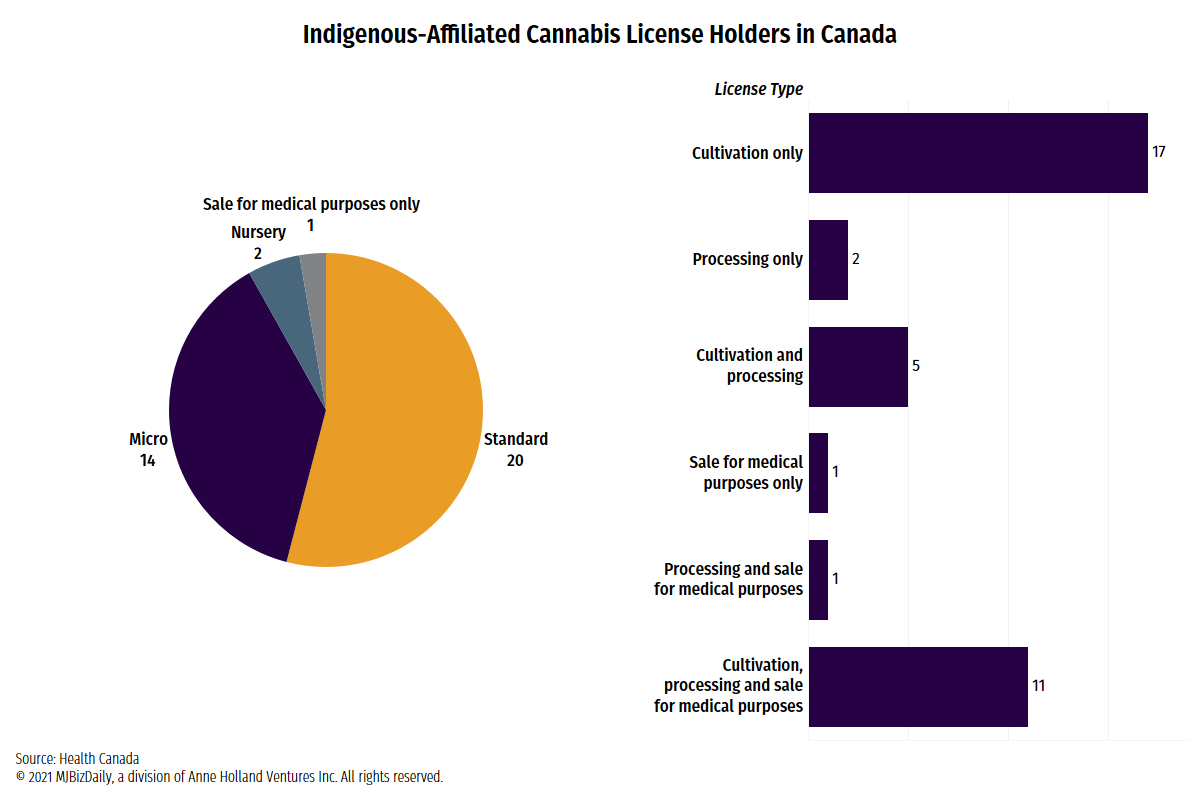 Respect ‘the real people’ in the cannabis industry: Q&A with Cookies CEO Berner