(This is the ninth installment in a series focused on cultivation planning for marijuana and hemp growers. The previous installment is available here.)

Cannabis is prone to weeds, which can overrun a field, reduce crop quality and yield and spread thousands of seeds that will be a nuisance for years.

But cultivators’ control options are limited considering that, to date, there haven’t been any biological or conventional controls registered or labeled for cannabis production with the U.S. Environmental Protection Agency or available for marijuana production.

Instead, cannabis growers must practice integrated weed management to avoid:

Ideally, cultivators will develop an integrated weed-management plan before planting to help control weeds through the growing season.

But there are some steps growers can take to minimize weed development in outdoor fields before they get out of hand.

Here are five strategies for cannabis producers to keep weeds under control:

Before planting, cultivators should get to know the field they’re growing in that season.

If it’s a new field that they’ve just rented or acquired, ideally, growers will want to find out the field’s history of problematic weeds and herbicides used in previous seasons, according to Erin Burns, assistant professor of integrated weed management at Michigan State University. (Burns studies weed management on hemp; the same strategies can apply to marijuana.)

Common perennial weeds can include:

Other highly aggressive weeds with rapid growth rates include:

In the West, weeds are often native species, according to Brandon Rivers, founder and president of SLO Hemp Co. in San Luis Obispo, California.

But in states with diverse microclimates, it depends on the county and region, he said.

A weed-control calendar can help plan for when common weeds emerge.

Cultivators can find lists of common weeds and their life cycles and emergence timing information through their state’s Extension website or ask crop advisers or consultants.

“The best way to handle that is just with manpower and labor … and, really, that just comes down to a little bit each day, when you have guys doing regular maintenance in the fields and they’re walking the rows,” he said.

“Just getting in the habit of pulling weeds as you see them helps you keep a handle on it.”

Growers should start with a clean field and can use a field cultivator or disc to get rid of standing weed vegetation, disease pathogens and insect pests that might overwinter on weed roots and foliage, Burns said.

But mechanical weed control can sometimes make infestations worse by breaking roots and spreading pieces of weeds throughout the field.

Residual herbicides can also affect crop establishment and development. That makes it important to find out which products were used on the field in previous years and make sure enough time has passed before planting hemp, Burns said.

Most herbicides are not labeled for hemp by the U.S. Environmental Protection Agency or available for use on marijuana – and hemp might fall under “other crops” on herbicide label rotational restrictions, Burns said.

Depending on whether cultivators are planting hemp varieties for grain and fiber or hemp and marijuana for cannabinoid biomass or flower, their weed-suppression strategies might vary.

For example, hemp and marijuana produced for cannabinoid biomass and flower are often grown on raised beds covered with plastic, which will help suppress weeds.

Rivers said that instead of plasticulture, many California cannabis producers are using biodegradable mulch film as an alternative to cover bed rows and block sunlight to weeds, while holding in moisture and reducing water waste.

“I think it kind of is the future of agriculture,” Rivers said. “It’s actually more cost-effective because you don’t have to pay for the time and labor to go back and remove the plastic from your field. You can just disc it in.”

Conversely, hemp produced for food and biomass is often direct-seeded closely together, thus suppressing weeds through the plant’s canopy.

“Definitely planting early, having healthier soil to where the plant can grow up canopy fast and cover or shade out any possible weeds coming up,” Garcia said.

Growing the same crop every year is like an invitation to weeds to come back each growing season. So crop rotation and cover crops during the offseason are important production strategies.

Cultivators can reduce weeds by rotating between crops with different characteristics, including:

Biologically improved soils strengthened through regenerative practices will also have a residual impact on weed control, with improved plant stands and larger-growing plants that can better compete with weeds.

In addition to using cover crops in the winter, Rivers recommends ground covers between rows for flower production to reduce weeds while improving the soil.

“I like using a variety of clover,” he said. “They stay pretty low, and they’re also nitrogen fixers.”

“You can also just spread hay or forage out to coat the walkways, just to give it a little, almost like a ground cover to block the weeds from growing up, and that kind of holds moisture in as well.” 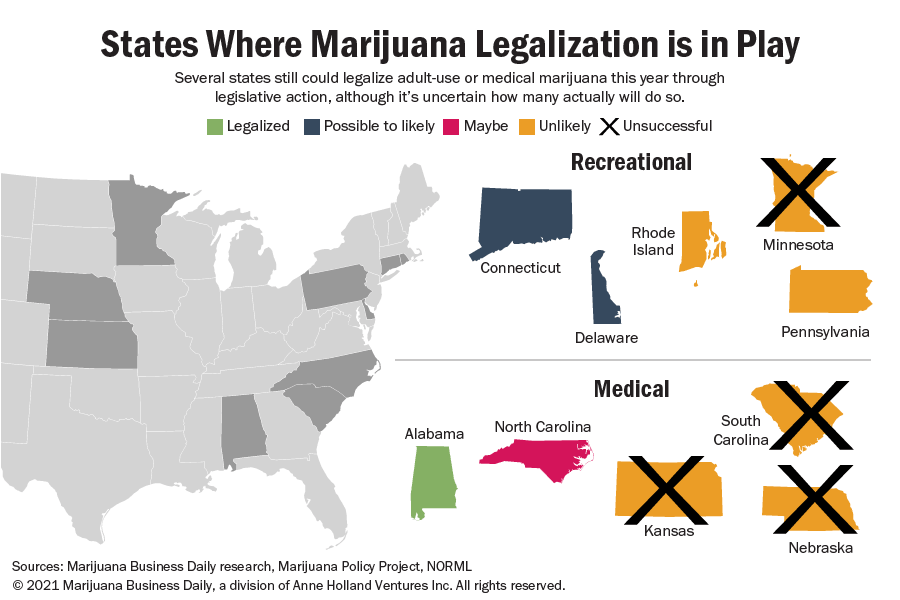