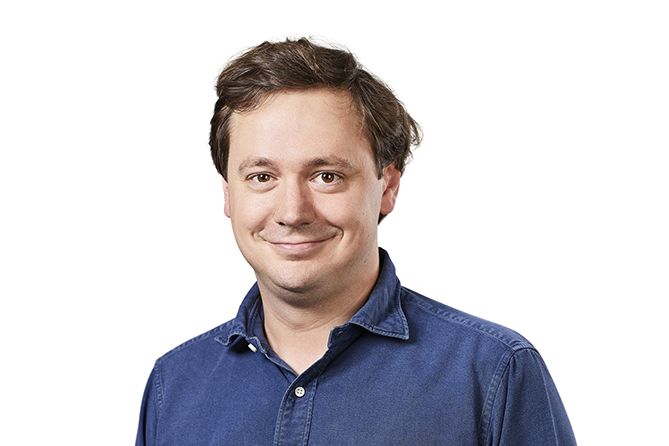 Chris Hagedorn has been on a mega shopping spree. As general manager of Hawthorne Gardening Co., Scotts Miracle-Gro’s hydroponics subsidiary for cannabis growers, Hagedorn has been instrumental in acquiring several major brands. On his watch, Hawthorne has spent approximately $1 billion snapping up Sunlight Supply, General Hydroponics, Botanicare, Gavita Horticulture Lighting and other businesses.

Hawthorne now has locations throughout North America and in the Netherlands. The subsidiary’s rapid expansion has transformed Scotts into a cannabis juggernaut – one that has raised alarm bells among some in the industry who are critical of the company’s chemical-based products and worry its presence will help corporatize cannabis. Hagedorn will be a featured speaker Nov. 14, the opening day of MJBizCon in Las Vegas.

In an interview with Marijuana Business Magazine, Hagedorn discussed what he looks for when acquiring brands, new developments in cultivation and how he sees the future for outdoor cannabis growers.

What factors do you look at when considering a brand acquisition?

We look for brands that fill product gaps for us. We did the General Hydroponics deal because we wanted to get into the nutrient business. It’s a business we understand. We’ve been selling plant food for a long time.

Beyond that, we wanted something that represented the values that we share, which are efficacy, simplicity for our consumers, professionalism. We like having marketing brands from the consumer side, like Scotts Miracle-Gro, which is a leader in its space. We don’t want to enter the market as a follower. We want to enter as a leader, if we’re buying our way in. I like brands that are about making our consumers – our growers – successful.

There are some brands in our space that are way more focused on the lifestyle side of things, and frankly not on the side of the lifestyle that’s going to help this industry go mainstream. People that really embrace the stereotypical stoner lifestyle, that’s not the identity we’re going for. That’s not who we are as individuals; I certainly don’t think our shareholders want that.

What are some of the newest cultivation developments and technologies your company is focusing on?

We’re working on some lower cost inputs, some nutrients that will allow our growers to get the same results they’re used to at a lower cost. A lot of people don’t like what they feel is paying for water. At this point, a lot of people are very comfortable saying, “I’m mixing my own nutrients because that’s what I did when I was running a grow in a more traditional industry.” They want that, so we’re going to respond.

A lot of people are looking more closely at the sustainability of these grows. So certain water-conservation technologies, energy technologies, things like LED lighting – that kind of stuff. I think there’s a lot of room for innovation that we plan to attack. Lighting is probably the biggest one there, moving past the high-pressure sodium lights, which are our bread and butter (as the owner of several lighting brands) and, I still firmly believe, are by far the most effective lights in the business.

There’s going to be some major breakthroughs on the lighting side, and we’re pushing as hard as we possibly can to lead the way on that. But I think a lot of it’s going to be lower cost inputs for the more cost-conscious commercial grower.

Growers are trying to keep their cost of production as low as possible, so offering them some solutions on lighting or soil mixtures should really go over well, right?

I had skeptics in Scotts Miracle-Gro who said we shouldn’t get into hydroponics, that we shouldn’t get into the cannabis market because it’s going to be like tomatoes. Why would you ever grow it yourself if you can buy it at the store? And there are two easy responses. At Scotts Miracle-Gro, we sell a lot of tomato food, so that argument doesn’t work for me. You can buy tomatoes at the store, but we still sell tomato food for people who want to grow them at home. Beyond that, this isn’t tomatoes. It’s not lettuce. If anything, this is wine grapes. This a high-end crop, and the more we can maintain it as a connoisseur-level crop, the better off everybody is.

Is Hawthorne (and thus Scotts) interested in overseas cannabis markets – and, if so, where?

Not to delve into global geopolitics, but the embargoes that the European Union put on Russia importing produce has been a boon for us. Russia’s been forced to start growing that produce themselves. Massive greenhouses. So, we’ve seen a huge increase in our business in Europe and Russia for horticulture lighting.

Speaking broadly, where countries have begun to legalize and embrace what is the global acceptance of cannabis, we intend to be part of those markets. I’ve spoken with a lot of Canadian and North American licensed growers who are making investments in places like Colombia now. There are definitely international markets that we plan to address.

What does the future look like for outdoor cultivators?

I know you can grow high-end cannabis outdoors. I think it’s a lot harder. I think if you Pepsi-challenged indoor versus outdoor – assuming both growers are competent – the indoor would always win. Just because you have such a higher degree of control. That being said, there’s going to be a market for lower- and midgrade cannabis. A massive market. Let’s say a company like (tobacco giant) R.J. Reynolds enters the space and just wants to sell packs of joints. I think they would wrap their heads around field-grown cannabis.

But I’ve spoken to a lot of people who have indoor and outdoor grows. They save their indoor stuff for their top-shelf flower and use the outdoor stuff for extraction. So there’s going to be a market for outdoor. Outdoor is going to become a bigger and bigger part of this as more people get into it. If we’re looking at wine, it’ll be the Gallo, or it’ll be the Bud Light.