Testing is currently voluntary in most medical marijuana states. As a result, the lion’s share of dispensaries bypass it entirely, coming up with any number of excuses (too expensive, not important enough to patients, no industry standards) to skip a crucial step in ensuring safe, reliable medicine is on the market.

In Colorado, only about 5% of the marijuana products on dispensary shelves are actually tested. Everyone in the testing industry knows how difficult it is to encourage businesses to do the responsible thing for patients.

But all of this is about to change.

Starting in 2014, it will be a requirement that all recreational marijuana products in both Colorado and Washington State be tested for health and safety. Eventually, the required tests will include potency for dosing, microbial testing (molds, E. Coli, salmonella, etc.), pesticides, and residual solvents (such as leftover butane from making hash).

Other new MMJ states coming online are requiring testing right from the start. A few states are even taking it to the point of requiring pharmaceutical-grade standards.
The change will not only increase the overall market size for testing services, it will put new products on store shelves and give dispensaries/retail stores another way to set themselves apart from the competition.

Just as importantly, it will usher in significant advancements in the science.

All labs back in 2009/2010 began potency testing with three cannabinoids: THC, CBD and CBN.  Now, many of them offer nine, including THCA, CBDA, CBG, CBGA, CBC and THCV. 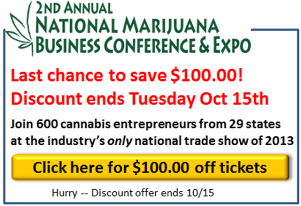 Yet, with over 100 cannabinoids in the plant we haven’t even scratched the surface when it comes to the true range of effects the various cannabinoids (and ratios of cannabinoids) will have on an individual. There are likely many more medical conditions this plant can treat if they are bred properly to produce these other unexplored cannabinoids.

The more information you have about this plant the more it can help patients, and in turn, lead to higher profits. CBD is the most obvious example. CannLabs first tested a high-CBD strain in the summer of 2010. After re-running the sample several times to verify the results, it was indeed a 1:1 ratio with about 7% CBD and 6% THC.  This was a huge step for the industry as a whole, and now Colorado has some of the highest CBD products in the country. This is a case in which an early analysis of test data led to new types of products for patients.

But perhaps the best aspect of recent changes in the testing world is the move towards certification. Currently, labs do not have to be certified or even monitored, and this is particularly true in states that have not mandated testing. That’s been a big concern for dispensaries and infused-products companies.

Now, however, states are working certification into their medical and adult-use cannabis laws.

In Colorado, for instance, the Marijuana Enforcement Division will be taking applications for lab certification and licensing starting in October of this year. Others – including Oregon, Massachusetts and most new MMJ states – are following a similar path. This means that both marijuana businesses and consumers can be confident that the labs are credible, regulated and compliant with state laws and use good laboratory practices consistent with other industries.

Looking back, it is remarkable how far the testing industry has come. Several years ago most people in the marijuana industry did not know what testing was or how it would benefit them. Since testing is now required in most states and the levels of required testing are improving, this science-based industry is helping to lead the charge for legitimacy in the overall cannabis industry.

And science is exactly what will ultimately make cannabis medicine mainstream and more accepted.

Genifer Murray is chief executive officer of CannLabs, a cannabis testing company based in Colorado 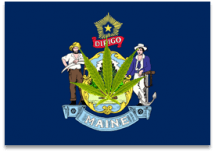