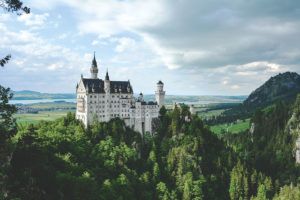 Like Neuschwanstein Castle looms over Schwangau, Germany’s medical marijuana market dwarfs that of other European nations. Photo by Rachel Davis