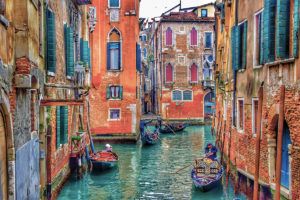 Italy not only possesses the gondoliers of Venice, but it also has the No. 2 medical marijuana market in Europe. Photo by Tom Podmore

Doctors could first recommend cannabis-derived medicine in 2006, but significant quantities weren’t prescribed until 2014.

Products without marketing authorization—cannabis flower that the pharmacist must prepare as either: