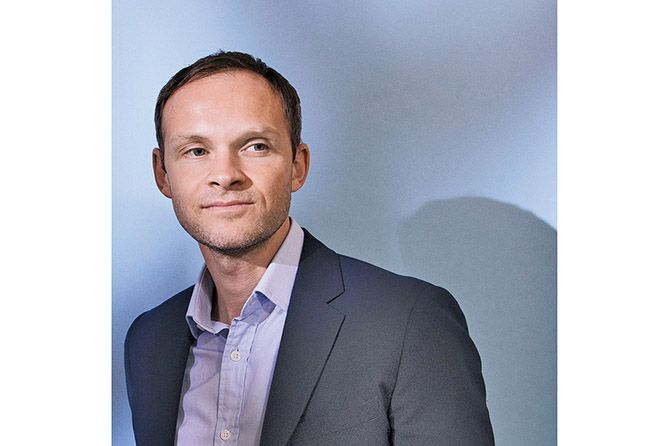 Back in the early days of Canada’s regulated adult-use cannabis industry, some of the country’s biggest publicly traded marijuana producers discovered that investors rewarded international ambitions.

The domestic recreational marijuana market that launched in October 2018 was exciting, of course, but that opportunity would always be limited by Canada’s relatively small population of around 38 million people.

Before a single Canadian producer had turned a profit selling recreational marijuana at home, some cannabis businesses started looking beyond the country’s borders for future growth potential: to Africa, Australia, the Caribbean, Europe and South America.

Armed with capital from the marijuana stock bubble, all Canadian cannabis executives had to do was find a likely international market and start spending. By doing so, they could plausibly claim to be positioned to dominate the global market of the future.

Fast-forward to today. Meaningful international marijuana revenues remain somewhere in the indeterminate future. And some of Canada’s biggest cannabis producers—including Canopy Growth in Ontario and Aurora Cannabis in Alberta—have started pulling back from their international aspirations in the face of trouble at home.

The situation offers a valuable lesson to cannabis players with an eye on global growth: New markets are certainly out there, but aggressive expansion without a clear path to profitability can come back to haunt a company’s balance sheet.

“They started running before they could walk,” said equity analyst Owen Bennett, senior vice president of global tobacco and cannabis research with Jefferies, an international investment bank in New York City. “They need to prove they can run a sustainable business in Canada before they even start thinking about wider global ambitions.”

Some Canadian cannabis companies started legally exporting relatively small amounts of product in 2016, most of it destined for Germany. But beyond simply exporting, a few Canadian license holders started spending hundreds of millions of dollars to acquire and build assets abroad.

Take Canopy Growth. It acquired a German pharmaceutical distributor in late 2016, launched a Danish cannabis joint venture in 2017 and picked up a Czech Republic medical cannabis company in 2018.

Canopy’s 2018 acquisition of a cannabis grower in the landlocked African country of Lesotho was worth nearly $22.4 million (CA$29 million) at the time, and the company issued shares worth tens of millions more to acquire operations in Latin America.

A Spanish cannabis producer was added to Canopy’s international portfolio in 2019, and the company spent $254.6 million (CA$343 million) to acquire a German producer and distributor of synthetic cannabis medication dronabinol. Along the way, Canopy made forays into Australia, the United Kingdom, Poland and elsewhere.

In 2018, Aurora launched a joint venture in Danish marijuana production and acquired South American producer ICC Labs in a deal worth $220 million (CA$290 million). Later acquisitions included a Mexican importer and an ownership stake in a Portuguese license applicant.

By late 2019, Aurora claimed to be active in 25 global cannabis markets, with plans to “win on a global scale.”

British Columbia-based producer Tilray also has tested the waters abroad, starting with exports to markets including Australia, South America and the European Union.

In 2017, Tilray announced it was spending $24 million (CA$29.5 million) to build a European hub in Portugal, which has since exported cannabis to Germany and Israel. The next year, Tilray spent $3.9 million (CA$5 million) to acquire its South American partner, turning the company into a Latin American subsidiary.

Another major international spender has been Ontario-based Aphria, which announced a $670 million (CA$826 million) deal to acquire global cannabis firm Nuuvera in early 2018, turning it into an international division with interests in Europe, Africa and Australia. (The price of the Nuuvera deal was subsequently lowered because of a drop in cannabis stock value.)

Later that year, Aphria opened its war chest to acquire assets in Jamaica and South America. Short-seller Hindenburg Research pegged the price at roughly $212 million (CA$280 million) and alleged the transaction was nothing more than a “shell game” meant to enrich company insiders, which Aphria denied. (Hindenburg also lobbed accusations at Aphria over the Nuuvera acquisition.)

The retail investors who poured money into cannabis stocks in the early days were never likely to ask hard questions about those international strategies, said Bennett, the Jefferies analyst.

“They’re going to want serious business models. They need to see these guys actually delivering profitability in the near term,” Bennett said.

“And as a result of that, (the producers are) left with these huge cost bases and infrastructure in a global market where the demand is just not there yet. If they weren’t going back to the international markets now and getting rid of these cost bases, then you would be asking questions.”

Germany’s medical cannabis market could contribute some meaningful revenue to Canadian producers’ balance sheets in the near future, Bennett added, but “that’s still very, very small in the context of things.”

Relatively high prices for medical marijuana in Germany have been a bright spot, according to Bennett—but he expects that advantage to fade as competition increases, supply improves and downward price pressures set in.

“If Germany really doesn’t accelerate over the next 12 to 18 months, then I think there are big question marks in terms of the opportunity in wider Europe over the next several years,” he said.

Signs of a Global Retreat

Indications of a partial Canadian pullback from international cannabis markets are beginning to show.

In June 2019, a Canopy Growth news release trumpeted the company’s long-term view of international markets, “leveraging its substantial cash position to lay the foundation for a global, revenue-generating network.”

CEO Bruce Linton, who had overseen those global ambitions, was fired that July.

By the following April, Canopy announced its new leadership had decided to exit a number of international markets to lower costs and conserve cash.

The company left South Africa and Lesotho and stopped cultivation in Colombia. Canopy later said it was focusing on three markets with the best near-term profit potential: Canada, Germany and the United States.

Aurora Cannabis halted construction on the second phase of its Danish cultivation facility in late 2019 to save cash in the wake of a large quarterly loss.

In July 2020, Aurora said it was downsizing its European workforce by about 25% and shutting down offices in Italy, Portugal and Spain, according to BNN Bloomberg.

Aurora told Marijuana Business Magazine it was still committed to producing medical cannabis in Denmark and Germany despite the cuts.

This past June, Auxly announced that its majority-owned Uruguayan subsidiary Inverell S.A. wouldn’t be planting a crop for the 2020-21 growing season, citing “the slower-than-anticipated pace of cannabis-specific regulatory development in Latin America.”

In July, Aphria reported $47.9 million (CA$64 million) in impairment charges related to its international operations in Jamaica, Lesotho and South America, blaming the impact of the COVID-19 pandemic. The company pressed pause on building a cultivation facility in Colombia, and CEO Irwin Simon said Aphria could simply supply that market with exports from Canada.

Still, another comment made by Simon on Aphria’s July 29 investor call serves as a reminder that international hype remains a feature of Canada’s cannabis industry landscape.

“With all our GMP certifications and our licenses, the opportunity for Europe is going to be tremendous,” he said. “And don’t be surprised if Germany becomes legalized over the next couple of years.”

US House to take up cannabis descheduling bill week of Sept. 21