Topics ranging from the role of small producers to global opportunities for Canadian companies, among others, were discussed at MJBizCon’s Passholder Days on Nov. 11. It’s all available to you on demand.

Toronto-based cannabis producer The Green Organic Dutchman replaced its CEO this week amid mounting losses and warned investors about its ability to continue as a going concern.

Brian Athaide left his role as CEO and board member, the company announced in a news release alongside its quarterly results.

Chief Financial Officer Sean Bovingdon will fill in as CEO on an interim basis. Vice President of Operations Michel Gagné was promoted to CFO.

ADVERTISEMENT
The decision to swap CEOs “was made by the board of directors,” a spokesman for Green Organic Dutchman (TGOD) told Marijuana Business Daily via email.

“The board of directors decided that a change in leadership was necessary to drive TGOD forward as it enters its next phase of growth and continues to work towards achieving positive EBITDA and cash flow as rapidly as possible.”

The company reported a net loss of 76.2 million Canadian dollar ($57.8 million) for the quarter ended Sept. 30 on a noncash impairment charge of CA$67.84 million.

Revenue for the three-month period was CA$5.71 million.

In a regulatory filing with its financial statement for the Sept. 30 period, the company warned it might have to reschedule debt obligations or obtain further financing to continue operations for the next 12 months.

“If existing debt obligations are not rescheduled or adequate financing is not available, the company may be required to delay or reduce the scope of any or all of its projects,” Green Organic Dutchman warned in the filing.

“These conditions indicate the existence of a material uncertainty that may cast significant doubt about the Company’s ability to continue as a going concern.”

After the quarter ended, the company raised roughly CA$12.7 million in capital and agreed with lenders to extend the maturity date of its obligations to the end of 2021, per the filing.

In a note to investors, analyst Tamy Chen wrote, “If access to equity capital ever ceased – so far not the case – so would TGOD’s going concern, a situation not unlike what several other LPs are facing.”

Athaide joins a long list of former CEOs in the Canadian cannabis space after their companies largely failed to meet expectations.

Athaide is entitled to a severance “equivalent to 24 months base salary, bonus and benefits” upon termination without cause, according to a regulatory filing.

That would put his severance in the neighborhood of CA$700,000.

“The Company and Mr. Athaide are negotiating amicably for the settlement of his severance, details of which will be disclosed in due course,” the spokesman told MJBizDaily.

The Green Organic Dutchman trades as TGOD on the Toronto Stock Exchange. 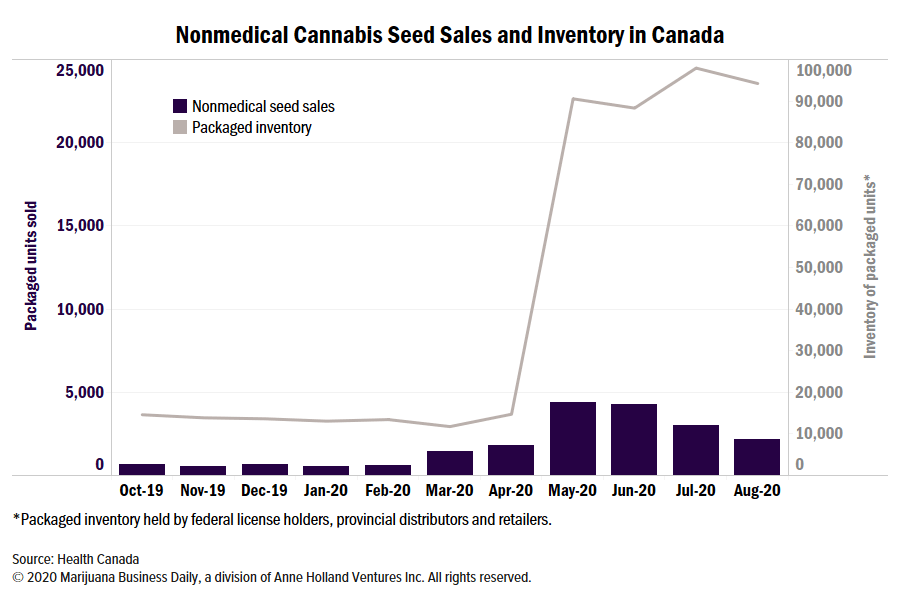