The Green Organic Dutchman is considering the sale of its mammoth cannabis greenhouse in Salaberry-de-Valleyfield, Quebec, only about two months after the Mississauga, Ontario-based licensed producer increased its stake in the property to 100%.

“Multiple bids are being considered, and the transaction could result in a complete or partial sale of the site,” the company disclosed last week.

In December 2020, The Green Organic Dutchman (TGOD) purchased the remaining interest in QuébecCo it did not already own, a company spokesperson confirmed to Marijuana Business Daily.

“We simplified the ownership structure ahead of a potential sale,” the spokesperson said, adding that the financial details will be included in the company’s upcoming fourth-quarter filing.

Back in 2018, the company purchased a 49.9% stake in QuébecCo, which TGOD said at the time held the property in Quebec. TGOD added an additional 6.25% to its position last October before increasing it to 100% in December.

The greenhouse was designed to grow 185,000 kilograms (407,855 pounds) of cannabis annually, according to an investor presentation on the company’s website.

The Green Organic Dutchman said it decided to use the property, which it calls its “Valleyfield site,” as a processing hub in 2019.

Citing primarily the COVID-19 pandemic, the company “temporarily” ceased construction at the Quebec facility and laid off the majority of its staff in March 2020.

The massive structure, measuring 1.31 million square feet in size, came to fruition amid a fierce building spree in the months before and after Canada ended marijuana prohibition in late 2018.

Many of the largest producers have sold off their greenhouses for a fraction of what they put into them.

The building spree led to aggregate losses in excess of 10 billion Canadian dollars ($790 million) for a group of licensed producers that includes Aurora Cannabis, Canopy Growth, Hexo and others – largely because of write-downs stemming from overproduction.

In its news release about the prospect of selling its Salaberry-de-Valleyfield property, TGOD said it plans to keep its Cannabis 2.0 manufacturing in Quebec.

“Based on current market forecasts, (TGOD’s) main greenhouse in Valleyfield could be, for the right offer, monetized to allow the Company to continue its path to right sizing and profitable operations,” the release noted.

After an MJBizDaily report drew attention to the country’s ballooning inventory, Jefferies analyst Owen Bennett warned that the industry should brace for more consolidation, closures and bankruptcies amid a worsening supply-demand imbalance.

The Green Organic Dutchman trades as TGOD on the TSX. 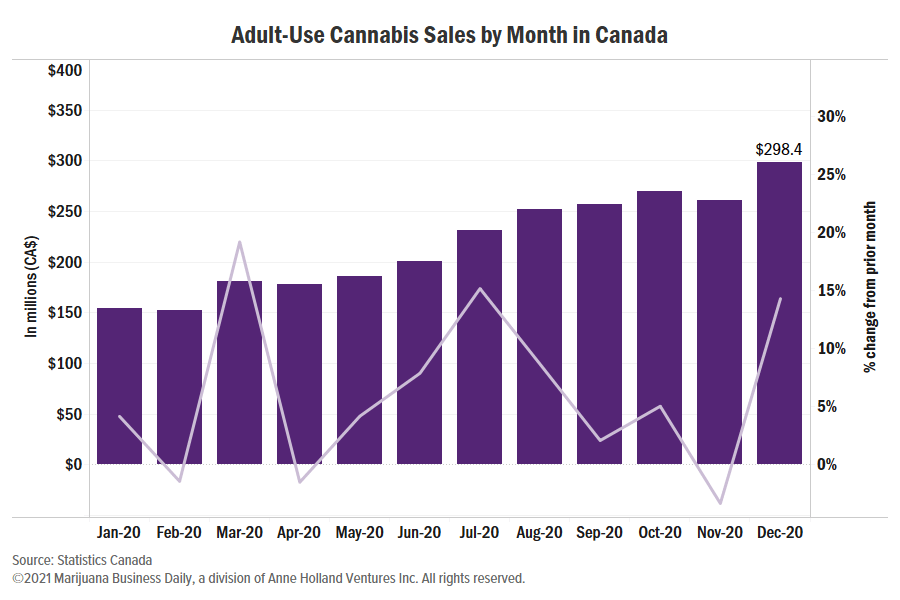