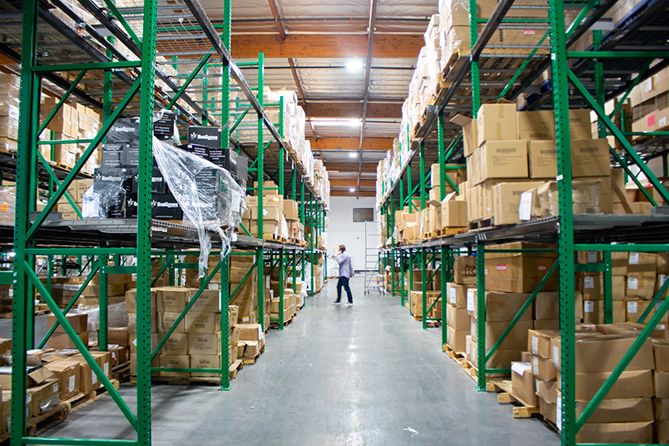 About: KushCo Holdings is a diversified marijuana company with businesses specializing in packaging and vaporizers, hydrocarbon gases, marketing and design as well as research.

States: KushCo has offices or products in all eight states that have passed recreational marijuana laws as well as warehouses and distribution centers in Colorado, Massachusetts, Nevada and Washington state. Its products are sold in all states with legal marijuana. KushCo also has offices in Canada
and China and markets in Europe and South America.

KushCo Holdings was able to grow from its home base in California across the United States and into places such as Canada and China thanks to:

Nick Kovacevich launched Kush Bottles in 2010 with the intention of providing California medical marijuana growers, manufacturers and retailers with high-quality packaging for an array of cannabis products.

Today, his company sells products to more than 5,000 legally operated medical and adult-use dispensaries, growers and producers in every legal marijuana market in the United States and Canada, as well as markets in Europe and South America. It also opened an office in China. The company changed its name to KushCo Holdings in September to reflect its evolution into a diversified company that has advanced and cemented its expansion with an initial public offering and a multifaceted line of products and services that includes vaporizers and vaporizer accessories, hydrocarbon gases and packaging design services – as well as its bread and butter, packaging products, which account for hundreds of SKUs.

“The public money has funded expansion into new states – but also expansion into new categories. Even though we started as a packaging company, we are no longer just a packaging company. Today, packaging is less than 40% of our revenue,” said Kovacevich, KushCo CEO. “I think the investments we’ve made in diversification have been the right plays, and we’ve stayed away from industries that are experiencing challenges right now, like hydroponics.”

Company leaders started thinking multistate when momentum grew for recreational legalization in Colorado and Washington state. It had enough capital to move into one state, but not both, and opened a distribution center in the Seattle area in 2013, gambling that Washington would roll out its recreational program in fall 2013, well ahead of Colorado.

But Colorado launched its program in January 2014, while Washington didn’t launch until July 2014, meaning KushCo’s Seattle distribution facility had been open for about a year before stores opened.

It proved to be a costly error at a time when KushCo wanted to get into the Colorado market, but instead, it spent the capital needed in Washington.

“We had no funds left over for Colorado. In 2014, it started to take off, and people were ordering product from us, but we were shipping from California. We thought we would be at a big disadvantage trying to ship from California.”

The solution, company executives reckoned, was to partner with one of KushCo’s Colorado customers, Dank Dispensary, which had a warehouse next to its Denver store. Dank created a new LLC, Dank Bottles, and KushCo granted the company an exclusive distribution agreement for Colorado.

“That was a creative way to get into the state physically while preserving our capital,” Kovacevich said. But the downside was that a lot less of Colorado’s lucrative packaging niche was going to KushCo, so the company decided about a year later to spend nearly $375,000 in cash and 3.5 million shares of stock to buy Dank Bottles.

“They provided value and got us to the market quicker. They did a lot of things well, but the reality of the situation is we would have saved a few million dollars had we had our own capital and opened up ourselves in Colorado,” Kovacevich said. “What we learned from the Dank experience was there’s definitely value for a distributor, and if it’s an exclusive distributor in what we would consider a key market, we’re going to end up buying them. So, we don’t want to create that situation again.”

And if KushCo was going to expand nationally without re-creating a situation where it gives local partners exclusive distribution agreements, then it would need to go public. Executives started prepping for a public offering in 2014, and the company started trading on the over-the-counter market in 2016.

“That was part of our strategic decision to take the company public,” Kovacevich said. “The whole idea was: How can we raise enough money to execute on the whole growth vision for this company? At the time, that couldn’t be done through the private markets. That’s changed, but at the time, the public markets were the only way. We took that risk, we put ourselves in a position to raise capital and make acquisitions using our stock as currency, and that has proven to be an extremely successful strategy.”

While KushCo may still be thought of as a packaging company, its other business lines also figure prominently in its multistate plans.

“We wanted to diversify our business offerings because that makes our business much more defensible and sound, because we’re not overleveraged on any one class or category,” Kovacevich said.

The company also wanted to be able to “sell something to anyone,” and having different types of product lines gave the company different tools with which to pry open a market.

For example, the company acquired CMP Wellness, which makes vaporizers, cartridges and accessories, in 2017. In May, it bought Summit Innovations, which specializes in hydrocarbon gases that are used by extraction businesses and other industrial processes.

That product diversity is important in a state such as Washington, where packaging rules aren’t as stringent as those in some other states, so marijuana businesses can go with traditional, less expensive packaging options, leaving KushCo with fewer packaging customers, Kovacevich said.

But Washington is also a state where vaping is more popular than in many other markets. And because of its many extraction and manufacturing businesses, there is a healthy market for the company’s vape-related products and hydrocarbon gases used for extraction.

Massachusetts, by contrast, permits only CO2 extraction, so KushCo’s hydrocarbon gas offerings aren’t a big seller. But the state also has stringent packaging rules, so KushCo’s packaging solutions are needed.

“The idea is that diversifying this platform gives a route to market in any state,” Kovacevich said. “We get in the door any way we can and then sell across the platform – and, by diversification, make ourselves stickier with the customers.”

Kovacevich believes personal connections are still key in the marijuana industry, and ideally, he would like to have sales staff in every legal cannabis state. But that would be too expensive, so the company puts its entire sales staff in recreational states and serves medical markets from there.

For example, KushCo staffers serve Arizona from Nevada, New Mexico from Colorado and the Northeast from Massachusetts.

“We focus on putting people in the rec markets, because those markets can sustain them. And then anything that comes from the adjacent medical markets is gravy,” Kovacevich said. “The markets are still relatively young, so you have to be local, because you have to be able to react to local needs.”

More than 50 of the company’s 170 employees are sales staff, Kovacevich said. One of their aims, he said, is to connect with other multistate players.

“If we want exposure in Maryland, we don’t go knocking on doors in Maryland if GTI (Green Thumb Industries), who is our client, is also going to Maryland. We go right with them. We actively seek these multistate guys because we can go into all the states they are in,” Kovacevich said.

Now that KushCo products are available in marijuana markets across the United States and will likely end up in new marijuana markets that come online, Kovacevich’s goal for the company is to cement its position in the states it’s already in.

“Our plan today is focused on: How do we get as much market share as we can? How do we entrench ourselves in the clients we work with? How do we build out a more diverse offering? It’s less about cost-cutting and cost savings today. We know that’s going to change, probably when this market matures,” Kovacevich said. “We’re going to have to redo things a little bit, but that’s OK, because the best way to execute on our strategy of getting market share and building strong relationships with our clients is to be in those markets. Even if it costs, we’re willing to make that investment.”