Canada’s medical marijuana industry has experienced significant growth, improvement and refinement since the county overhauled its cannabis program in June 2013.

Under Health Canada’s exceptional oversight, Canada is quickly establishing a world-class medical marijuana infrastructure that is being carefully monitored on a global scale.

The interest level from aspiring producers has been staggering.

Appropriately so, the country is taking a measured approach to overseeing the program. Health Canada has licensed just 13 producers to date, and another eight are reportedly in the advanced stages of the process.

It appears to be an excellent beginning.

A recent research report by Toronto-based investment bank M Partners estimated that near and mid-term patient demand will be satisfied by the existing 13 licensees’ production capacity, once augmented by current expansion plans anticipated to come online over the next six months.

Even if patient enrollment exceeds Health Canada’s projections, current licensed producers will be able to meet market demand until at least 2016. This is a testament to the successful rollout of the program by Health Canada and the effective operations by existing producers.

As a consequence of this success there likely will be delays in new licenses, with fewer than anticipated actually being granted – a reality many applicants may be unprepared to weather.

Having traveled across Canada to meet with hundreds of applicants, it is apparent that most have spent a significant amount of time and capital to date. Taken together, this amount totals in the hundreds of millions of dollars – investments applicants have voluntarily made without any guarantees, certainty or visibility for success. 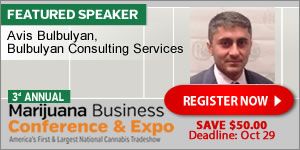 As applicants wait, there is no easy solution. Many may need to reconsider their chances of success based on the quality of their application as well as their ability to handle the significant working capital requirements. After all, only a select few will ultimately obtain a license.

To avoid financial havoc, applicants should pause and reflect on a number of items before proceeding:

Responsible and safe production is being paired with good governance and strong business practices to ensure appropriate supply. All stakeholders should welcome strict oversight, stringent inspections and a focus on best practices. There is a collective interest to ensure that licensed producers cultivate the most consistent, highest-quality product under the safest conditions.

In recognition of the overwhelming number of applications still outstanding, companies continuing to pursue licensing would be prudent to accept new realities. It is important that they reflect realistically on their prospects and govern themselves accordingly in order to mitigate possible losses and improve their chance of success.

Paul Rosen is the president and CEO of PharmaCan Capital, a Canada-based specialized merchant bank that focuses on investing in companies in the medical marijuana industry.

Week in Review: Updates on 2 Forgotten MMJ States + Changes in CO & What’s Next for CA Regs