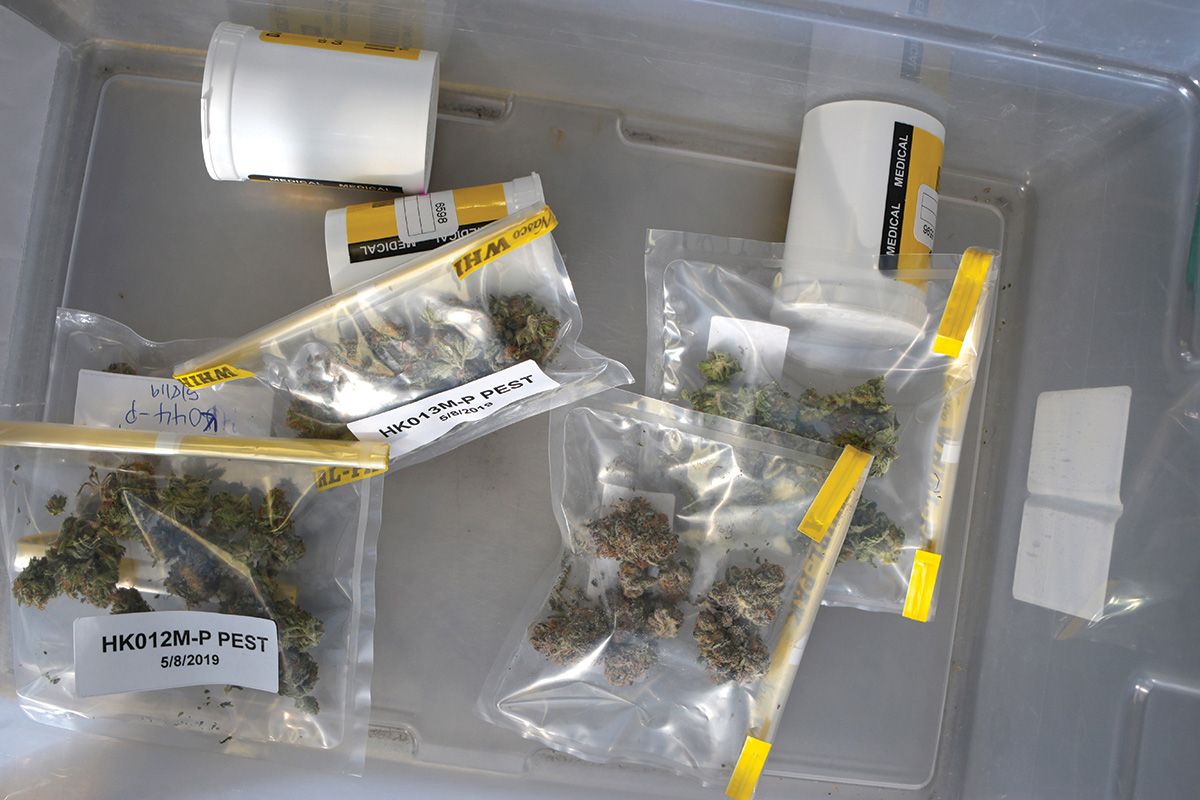 No cultivator wants to join the growing list of cannabis companies that have had to navigate a recall because of mold, yeast or some other problem tainting their plants or products.

One of the best ways to avoid a recall situation, experts say, is understanding what’s required of marijuana growers to safely and efficiently remove contaminated product from the market. Companies need to be aware of whom to notify if they receive a complaint, be able to identify and isolate problematic plants or products and demonstrate that procedures are in place to prevent future recalls.

Canadian regulators, for example, require licensed producers to develop a detailed plan for conducting recalls. Coming up with documented procedures for handling plants and products that present a health or safety risk is also a good idea for U.S. growers. However, they cannot turn to Uncle Sam for guidance because marijuana remains illegal under federal law.

“Unlike traditional growers and producers, there is no federal regulatory framework where direct guidance can be harvested. But most states have some requirement that a (marijuana) licensee submit, in connection with its application, a recall plan,” said Andy Romanow, a shareholder in the Denver office of the Hall Estill law firm.

Current state-specific guidance related to recall events is relatively thin, Romanow said. “Growers and processors can stay ahead of the curve by adopting sound risk-management programs that are consistent with market convention for more well-regulated growers and processors outside of the cannabis industry.”

The Foundation of Cannabis Unified Standards (FOCUS), an Arizona-based nonprofit group, asks that U.S. cultivators have a recall plan as part of its voluntary certification process.

“One of the most important things about conducting an effective recall is having a recall plan in place before it happens and running a mock recall in advance of any problems,” said Lezli Engelking, founder of FOCUS.

Companies can follow templates to develop their procedures or work with a third-party consulting firm to build their recall plans. Cultivators may decide to create a recall team—consisting of their quality assurance lead, master grower and other relevant personnel—to serve as point people in recall situations.

“Outside of people who are involved when writing the recall plan, you want to make sure all senior leadership is comfortable with it and understand it. When a recall happens, time is of the essence, and you don’t want to have all this internal disagreement on what you’re going to do. It should be a streamlined process,” Engelking said.

Cultivators can test the efficiency of their recall plans by running “mock recalls,” where the company traces a product from the raw ingredient level to the finished product in the marketplace, verifying communication systems and confirming the effectiveness of recordkeeping. Health Canada requires license holders to run recall simulations at least every 12 months.

A cultivator might receive a complaint from regulatory agencies, consumers or the supply chain with concerns about possible regulatory or health issues involving a product. The recall team then must determine if it’s necessary to pull the product from the market.

“Complaints should all be logged and kept on file,” Engelking said. “If it’s a big one or there’s a real health and safety risk, that’s when you want the recall team to look at how broadly the product’s been distributed and what the health risks are: Is there a risk to someone’s life? Is there a risk of illness?” she said.

Conducting a Health Hazard Evaluation allows cultivators to determine the next steps during a recall. For instance, if a company is dealing with what the U.S. Food and Drug Administration considers a Type One risk—where there’s reasonable probability that using the product will lead to serious negative health consequences or death—staff needs to get the word out immediately. A Type Three risk, where health issues aren’t likely, such as a labeling issue, doesn’t always require the same sense of urgency.

After a recall situation is identified and assessed, the company should gather relevant documentation such as product test results, a distribution list of who received the product and a log of who handled the cannabis, if possible.

Like everything else in the industry, documentation is critical, Romanow said.

“Organizations should have forms in place that provide a checklist for the diligence that will be conducted and an ability to evidence prompt, efficient compliance with internal policies and procedures,” he said.

A big part of the recall plan is detailing whom to notify and how. Regulators and the business’ supply chain typically receive a recall notice. A news release is usually issued to media outlets.

Some regulators have rules about how long operators can take to get the word out. Health Canada advises businesses to reach out to consumers and the supply chain the same day they identify a Type One risk situation, within four business days for a Type Two risk, in which health concerns are remote, and within seven days for the least severe Type Three risk scenarios.

State and local health officials might take a more hands-on approach during recall events. In Denver, regulators conduct their own review after receiving a complaint or referral about issues with marijuana plants or products.

“A complaint would trigger an investigation from us, so we’d go out to the facility, whether it was a dispensary or cultivation site. And at that point, our typical next step is to issue a testing order to the business,” said Kara Lavaux, food and cannabis supervisor with the Denver Department of Public Health and Environment.

If the test shows contamination, city officials often work to put controls in place to limit exposure of the tainted marijuana plants or products. A hold order, for example, might be issued to prevent any product on site from being distributed to others in the supply chain.

Ultimately, the goal for the city and businesses is the same, said Abby Davidson, Denver’s food safety and marijuana program manager: to ensure the product that gets to the consumer is safe.

Cooperation and honesty from the business experiencing a recall helps regulators quickly and efficiently handle the process. Identifying the right people for officials to speak to is also key, Davidson said. For instance, a grow manager, trimmer or the person on staff who oversees testing and sampling might have more relevant information for officials than a company’s executive team because of a hands-on relationship with the product.

Cultivators might need to get the approval of government officials before they resume full business operations.

“Once all the notifications are done, then we need to decide what to do with the on-hold product,” Lavaux said. “Typically, there would be contaminated product that is on hold under our hold order at the cultivation site. And in the meantime, after the recall they may have received product back from dispensaries and from other businesses.”

Cultivators could decide to destroy the product to release the hold order. They might also ask their supply chain and consumers to dispose of the product using the standard methods of removing cannabis merchandise from the market. In many states, this includes placing the product in a secured receptacle or area until the company or a waste hauler can take it to a manned landfill or transformation facility, a composting facility, a digestion facility, a transfer/processing facility and/or a fully permitted chip-and-grind operation. Companies might also try to remediate the product into marijuana concentrate, which would require more testing.

“I’m totally of the viewpoint that any contamination should not enter any other process,” said Rachna Saini, senior quality and regulatory consultant with Toronto-based Cannabis License Experts.

Saini suggests cultivators designate a secured quarantine area to place recalled products. Companies should keep plants or strains with issues separate from others in the facility. This might look like putting identified plants with issues, as well as those surrounding them, into the secured storage or a quarantine area.

“If a cultivator sees a problem, especially if it’s an indoor grow, it’s probably going to be localized to one room. The best scenario would be to lock that room and try to avoid the spread of the problem,” Saini said. “Avoid cross-contamination. Designate staff to handle that contamination. They should have the training in place to avoid going from a dirty, contaminated room to one that has healthy plants.”