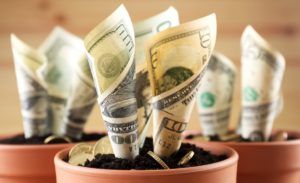 (This story has been updated to correct the company’s valuation.)

The parent company of the iconic marijuana culture magazine High Times is looking to attract a large number of small investors as the publication works to go public, bolster its brand and shore up a balance sheet mired in debt.

But paperwork filed late Tuesday with the U.S. Securities and Exchange Commission could signal that the company’s fundraising efforts – some of which have been unconventional – may be stalling out.

Here’s a breakdown of what investors should know:

For its initial public offering (IPO), the company is peddling 4.5 million shares at a price of $11 per share with its sights set on a listing on the Nasdaq. But the firm still needs to meet a number of financial and regulatory benchmarks for that to happen.

Among the stipulations: The company must receive a minimum of $17.2 million from the offering, according to filings with the U.S. Securities and Exchange Commission (SEC).

If it can’t list on the Nasdaq, High Times has said it would turn to over-the-counter markets in the United States or to Canada exchanges.

If High Times is able to raise the full amount – which would give the company a $288 million valuation – about $16 million would be used to expand the firm’s events lineup and bankroll potential acquisitions.

The company currently has a stated valuation of $225 million – a value “arbitrarily determined by the Company and not based on book value, assets, earnings or any other recognizable standard of value,” according to its SEC filing.

But another large chunk – at least $13.5 million – would go to pay off debts to Chicago-based ExWorks Capital, according to High Times’ prospectus.

That could be an issue for prospective investors who would essentially be covering the wagers placed by current High Times investors.

In an investor presentation High Times hosted on YouTube in August, CEO Adam Levin laid out the firm’s strategy to grow, adding that the company has had more than “4,000 shareholders invest to date.”

But on Tuesday, High Times filed paperwork to extend its offering period from Sept. 13 to Oct. 31.

The maneuver is a possible signal that the California-based firm is still working to reach its fundraising goals, although High Times officials could not be reached for comment.

High Times has deployed unconventional efforts to lure investors as it leans on rules tied to Reg A+ offerings that allow companies to advertise their IPOs on websites and via social media to reach smaller investors.

In early August, High Times said it would accept the cryptocurrency Bitcoin from potential investors eager to buy stock, but the firm backed off that pledge later in the month.

In a filing with the SEC, the company said the announcement was “distributed in error.” No additional details were disclosed.

The firm has also used email blasts like the following one sent to subscribers in August:

“High Times has been a major cannabis supporter for the past 44 years, and now we’re excited to give our community the opportunity to join us as shareholders and have the chance to watch their investment grow with the company.

“You can become a shareholder today with a minimum investment of $99 using your credit or debit card.”

The tactics garnered criticism from some industry analysts, including Alan Brochstein, founder of 420 Investor.

“This type of solicitation, while legal, is unethical to me, and it further solidified my negative assessment,” Brochstein told Marijuana Business Daily. “No one should buy stock on a credit card.”

Karnes also noted that High Times is “a well-established brand with international recognition” and, if properly positioned, could “present a compelling opportunity for investors.”

That’s exactly what the company’s leaders are banking on as they make their pitch to investors.

In 2017, Levin’s Oreva Capital purchased a controlling stake in the company for $42 million. At the time, it was one of the largest deals in the cannabis industry.

Under Levin’s management, the company has continued to ramp up its event-based programming, such as the Cannabis Cup, which generated more than 75% of the firm’s revenue in 2017.

The company also is working to grow its share of revenue coming in from licensing deals. Through that line of business, the High Times name has been slapped on everything from bongs and cannabis accessories to home urine test kits.

If all goes as planned, the company’s name could even be associated one day with a line of dispensaries – or other plant-touching lines of business, Levin has said.

“We have a brand that hasn’t been monetized yet,” Levin said in August. “Now is that opportunity.”

41 comments on “High Times parent hustles to lure cannabis investors; here’s what you need to know”