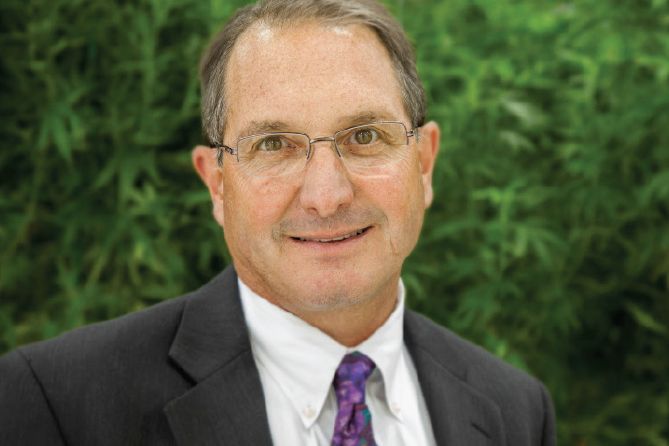 Scammers and dabblers often advertise themselves as cannabis lawyers. So it’s essential you steer clear of these fly-by-night types to represent your marijuana business. When seeking outside or in-house legal representation, you want an attorney who doesn’t think of cannabis law as a side gig.

That’s because marijuana rules and regulations change constantly. The laws are intricate and require specialization to understand.

“You want to find an attorney who’s solely based in the cannabis industry,” said Luke Ramirez, principal owner of Farm Grass Table dispensaries in Portland, Oregon.

Hiring specialized counsel helps you avoid attorneys who are in it only for the money.

“Those folks really under deliver on their promises,” Ramirez said.

You want someone who knows the inner workings of state and local governments and the laws where your business operates. That person also should also be responsive. If you’re paying someone by the hour, find an attorney who is willing to communicate with you quickly – and often.

And be aware there may be times when you may need an attorney who is more focused on a specialized area such as intellectual property versus cannabis alone.

Heizer relies on a mix of in-house and outside counsel. He backs up Ramirez’s philosophy on a lawyer’s need to specialize in cannabis.

Heizer also emphasized it’s important to hire someone who’s familiar with the locality he or she will be working in.

“Relationships with the regulators matter almost as much as knowledge of the regulations themselves,” he said.

Many regulatory decisions are made by officials who aren’t familiar with how the cannabis business works.

“The opportunity to educate a regulator oftentimes is really valuable,” he added.

Heizer also seeks candidates who’ve dealt with government departments and regulatory agencies, either as a government attorney or a regulatory counsel for a private business working on behalf of the government.

Such people would include lawyers who have worked with state enforcement agencies or regulatory bodies – or, on the other side, attorneys who have worked as lobbyists on behalf of private marijuana companies.

For Ramirez, the challenge is finding someone who knows both marijuana and business law.

Ramirez relies on outside lawyers. He said it’s important to keep in mind that a lot of attorneys are skilled in marijuana law – they know the regulations and are good at compliance and lobbying.

But they often are not “very good at the actual legal side of business needs,” he said. For example, an attorney well-versed in marijuana policy might not understand how to evaluate employment contracts.

Ramirez looks for an attorney who has been involved in marijuana industry trade groups, lobbying efforts or pro-cannabis referendums – anything of that nature.

“The bottom line is that you want someone who’s really well-versed in the rules and regulations that are unique to your industry,” he added.

That includes local laws. For example, Ramirez also owns a store in Denver, the High Rollers Dispensary, so he wants an attorney who’s well-versed in municipal code and cannabis regulations. Like Heizer, he wants someone local to where the business is located.

Heizer wants an attorney who is curious about how his cannabis business works and is willing to learn.

To determine that curiosity, he evaluates candidates face-to-face.

“I will not hire someone whom I have not sat with and asked questions,” he said.

“From my perspective, ‘I don’t know’ is a better answer than faking it. As long as they exhibit a willingness to want to learn,” he said.

Heizer also prefers an attorney who uses a scalpel, not a sledgehammer.

“What a good lawyer has the ability to do is respectfully engage in a debate and respectfully utilize leverage with the regulators,” he said. “The blowhard lawyers, I’m not really interested in. I’m interested in finesse. I prefer surgeons to table pounders.”

Jim Makoso, co-owner and vice president of Lucid Labs – an extraction branding and licensing company with locations in Nevada and Washington state – seeks the best outside legal representation at the most cost-effective price.

That includes someone with specialized knowledge of a particular area of the law.

“Basically what we look for is someone with the mastery of the specific task we’re trying to accomplish,” he said.

For example, his company helped design a specific software application for another company that builds extraction equipment. To close the deal, Makoso had to find an attorney who was familiar with intellectual property and patents.

“In our industry there isn’t one shoe that fits all,” Makoso said. “We have groups of attorneys that we work with in different aspects of our business.”

The best attorneys will always tell you if the subject matter is outside their area of expertise, he added.

While Heizer does have some in-house attorneys, most of his legal team is made up of outside lawyers who are paid a retainer.

The first thing he does with any outside attorney who works for another firm is to make sure the top brass there is comfortable dealing with a cannabis company.

“I don’t want to spend a long time talking to lawyers that I think would be really good only for them to find out that they’re senior management team in New York City or Washington DC says we really don’t want you doing that. That’s something I learned from experience,” Heizer said.

His goal is to recruit from the best national law firms.

Ramirez typically relies on word of mouth from other marijuana business owners.

He also keeps an eye on cannabis attorneys who often speak at marijuana industry conferences. If he’s impressed, Ramirez might hire that person on a retainer.

“You want to look for people who can speak intelligently about the industry, and that usually comes from big national trade groups or people who speak at the conventions,” he added. “From my experience, there’s really no online board or website or anything.”

Makoso often taps his referral network when it comes to anything industry specific, such as obtaining a cannabis cultivation license.

“Usually with any good colleague one hand washes the other,” he said. “It’s very much a word-of-mouth situation.”

For anything outside of the marijuana industry, Makoso conducts his own vetting process. For example, if he’s dealing with an intellectual property matter – such as an extraction process – he looks for law firms that specialize in IP and then winnows the list of potential attorneys.

“We’ll go with the group we feel meets our needs the best,” he said.

It’s a combination of experience, cost and if the lawyers can work within Makoso’s time frame.

“The best attorneys are always busy so you have to pick and choose the ones that can fit you in,” he said.

HOW TO WORK WITH A LAWYER

Heizer communicates frequently with his outside attorneys.

“I’m on the phone or emailing them a couple of times a week, making sure that they’re on task,” he said. “I make them ask me questions and get feedback from me frequently, because that saves me money and gets me better advice.”

The main difference between guiding a mainstream attorney and a cannabis attorney is that he’ll ask the non-marijuana lawyers to tour LivWell’s vertically integrated facilities.

Ramirez checks in with his outside counsel every two weeks.

He lets them know about any future opportunities his firm plans to be a part of, whether that’s orchestrating an expansion, hiring new employees or creating different branding opportunities.

“Run everything you do by them,” he advised. “There are a lot of small things in cannabis law that are unique to other laws that you may not be aware of.”

For example, if you’re creating a new website, it could inadvertently be appealing to children and you didn’t know it.

“You want an extra pair of eyes on everything you do,” Ramirez said.

Expect your law firm to send out updates to laws as well. He cited the example of a new labeling requirement in Colorado.

“I never would have known that if my attorney hadn’t told me about it,” he said.

Makoso likes to work with firms that have several attorneys and paralegals because they have “excellent response rates.”

Once he’s secured the relationship he then communicates to his counsel that he or she needs to be responsive. Makoso expects responses immediately and conversation availability.

“If I’m paying you by the hour. I want that service in an expedient manner and with the most professionalism,” he said.