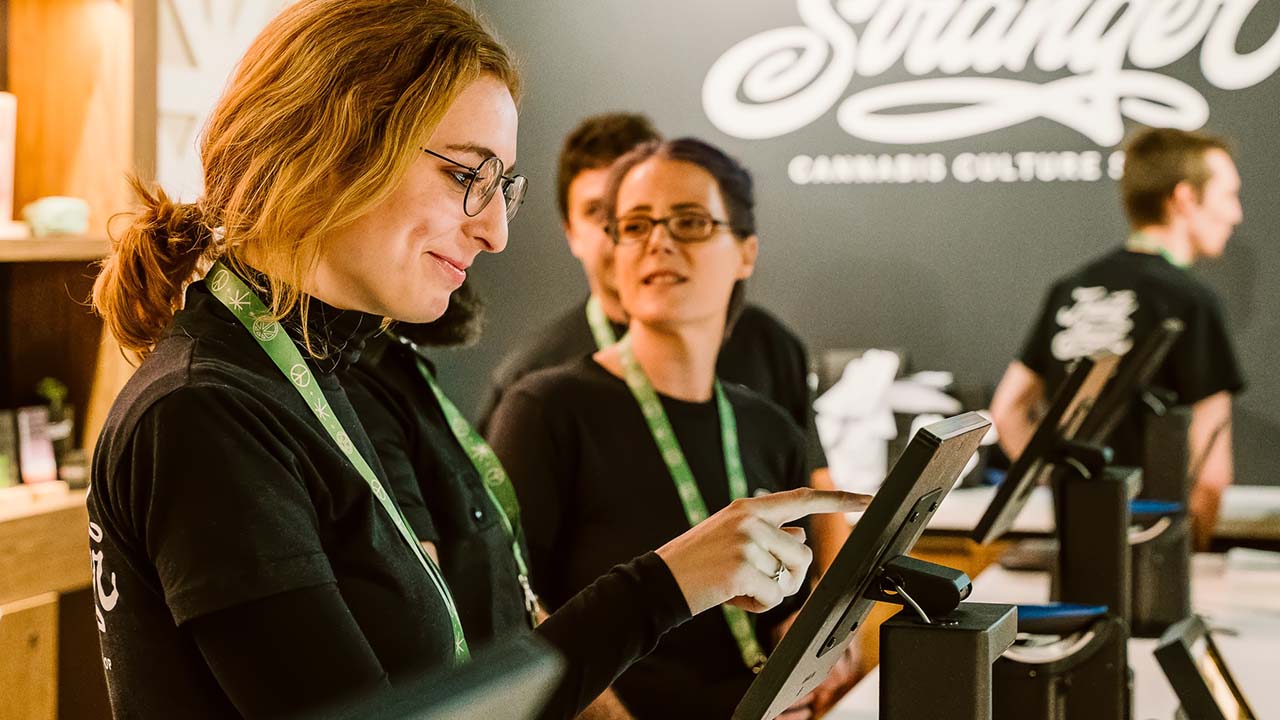 Whether it’s a single-store deal or the sale of a multiple-outlet chain, successfully navigating the acquisition of your cannabis retail business takes stamina, foresight and emotional intelligence.

“If you’re going to be building a business, you need to understand exit strategy as a concept,” said Matt Walstatter, who founded Pure Green, a medical and recreational marijuana store, with his wife, Meghan Walstatter. The couple later sold the business in Portland, Oregon, in a deal that closed in early 2019.

Walstatter is one of several cannabis retail owners and leaders who shared best practices for those seeking an acquisition.

Marijuana store owners don’t just sell their businesses to cash out, although that’s certainly a motivation for some.

For the Walstatters, selling Pure Green to Vancouver, British Columbia-based vertically integrated cannabis company C21 Investments made sense in a crowded local retail environment. The couple had considered opening more stores but ultimately decided against it.

Selling Pure Green allowed the couple to pay off Pure Green’s outstanding debt and bills. “Then we paid ourselves back for the investment that we made,” Matt Walstatter said.

Some of the profits went into Siren Cannabis, the Walstatters’ separate cultivation business.

“That’s where a publicly traded company like Slang (is) great. They have that experience, they can go out into the marketplace, and they can raise that money,” Lynn said.

He also felt a responsibility to High Fidelity’s early investors.

“I had shareholders that were really patient, but there did come a time—probably during the pandemic—(when) it was like, ‘Wow, I’ve had these people’s money for a long time.’”

Jesty said his philosophy was focusing on “creating a great guest experience” and building a successful business.

“If it gets acquired, great; somebody’s going to see the value in that. Fire & Flower saw the value in the business we had built and (in) our customer base,” he said.

In the context of the Ontario cannabis market, Friendly Stranger’s real estate strategy also paid off. The acquisition provided Fire & Flower with retail locations that were already open along with promising future locations.

“If you can’t show your financials for the life of your business, you can’t get bought,” he said.

Lynn said High Fidelity’s acquisition was simplified because the company’s investor notes were all structured in the same, straightforward way.

“We didn’t deviate from those notes that we put out,” he said. “They were the same for everybody.”

Working through an acquisition can be “kind of like dating,” Lynn said.

“It takes a while to go through all those conversations. Then you bring in the lawyers, of course, and they bring up all the things that you don’t ask your date … and you start having those hard conversations.”

Lynn observed that contentious aspects of a negotiation can test the relationship between a business and its would-be buyer. But he found success by “maintaining a positive rapport throughout the process, even when the lawyers were fighting with one another.”

“We’d step back and be like, ‘Let them fight. We’re still friends, and (we) want to be business partners.’”

Matt Walstatter recommends finding at least one adviser who’s sold a company and can serve as a sounding board throughout the process.

Cash, stock and beyond

It’s also worth carefully considering how to be compensated for the acquisition, Walstatter added. “If you are taking a significant amount of stock, you really need to be sure about this company,” he said.

Stock might have more potential upside than cash, but it can also lose value rapidly and leave the seller empty-handed.

Walstatter reminded would-be sellers that cash or shares aren’t the only ways to get paid. For example, he negotiated a one-year consulting contract with C21, and Meghan Walstatter received a yearlong employment contract that paid her a salary in line with the responsibility of a district manager overseeing multiple stores.

“I encourage people to be creative in thinking about how you structure those transactions,” Walstatter said.

“If you’re at the corner of Main and Main, and you’ve got a fully built store, maybe you’ve got a bit more of a price (that) you can ask” for, he said. “But I would say, if I was looking at it today, I would love to cover my costs and maybe make a bit of money. You’re not retiring on it anymore.”

Generally speaking, a retailer’s frontline staff won’t be aware of an acquisition until it’s publicly announced. It’s important for sellers to be prepared for their reactions.

Jesty counsels “overcommunicating” and being “clear and concise” about what the sale means for employees.

Have answers from the acquiring entity ready to go, he advised.

Matt Walstatter said transitions such as an acquisition are likely to create anxiety, and he emphasized the need for honesty and accessibility.

“Once we knew what was going to happen, we got everyone together, we told them (about the acquisition), we told them how it would potentially affect them,” he explained. “We gave them all the information that we could … and then we made ourselves available individually for anyone who wanted to talk to us about it.”

Lynn said he prioritized maintaining High Fidelity employees’ benefits and pay as he negotiated the deal with Slang Worldwide. When the deal was announced, he said, workers were particularly concerned about their benefits.

Beyond keeping their jobs, Lynn said that High Fidelity employees potentially have more opportunities for career advancement after the acquisition by Slang Worldwide.

Selling a business doesn’t mean that the seller can’t stay involved, as Lynn’s experience shows. He is now president of Slang Vermont and sits on Slang Worldwide’s board of directors.

“I’m looking forward to that partnership and building something together in the end that’s bigger than what (High Fidelity) could have done alone.”

Aside from a job for Meghan and a consulting contract for Matt, the Walstatters negotiated another opportunity when they sold Pure Green to C21: The store was supposed to buy a minimum amount of flower from their Siren cultivation business every month, as were any other stores C21 opened in Oregon.

“I would definitely caution people that if it’s a situation where you’re staying involved and continuing to work for the business—going to work for the other company, taking stock—then you really need to be mindful of who these people are,” Walstatter said.

Selling your business can take an emotional toll. For his part, Matt Walstatter compares Pure Green to having a child.

“It’s just like being a parent: You raise your kid, and then you send them off into the world and hope that they call you once in a while,” he said.

Walstatter still drives by the old Pure Green location, which he said has “a boarded-up window and a bunch of graffiti all over the building.”

“It’s sad, because there was so much value in that brand, and it got squandered,” he said.

Walstatter’s advice for coping with those emotions? “Get paid enough that you can just pay attention to that.”

Having the business you founded get acquired can be “emotional, you definitely have attachment,” Lynn said.

He said sellers should recognize that “‘I have to let go of that attachment. And there are going to be other things I can focus on, that I have to share this now.’”

Lynn said some of the leaders of Slang Worldwide had been through mergers and acquisitions themselves, and they understood his emotional response.

Now that the deal is done, he said, he feels better.

“I think it’s better now that we’ve closed, actually. … I’m ready to move forward and start working on things versus looking at merger documents for half the day.”

Griffen Thorne is a Los Angeles-based attorney with the law firm Harris Bricken. He has experience representing both buyers and sellers in cannabis M&A transactions, including retail acquisitions.

Legal fees for an acquisition deal generally run into the tens of thousands of dollars, Thorne advised, with the cost increasing for more complicated deals. Lawyers in major urban areas will generally cost more, he added.

Sellers are free to forgo a lawyer, but Thorne recommended enlisting a cannabis-specific attorney who’s familiar with local regulations.

Looking under the hood

Thorne compared buying a cannabis business to buying a used car: The buyer will want to look under the hood for any signs of trouble. Sellers should be prepared to respond to due-diligence questions and disclose financial records or risk the buyer walking away.

If your store has problems—unpaid taxes or pending lawsuits, for example—Thorne said it’s in your best interest to disclose them upfront.

“You might have to accept a haircut on the purchase price or some other part of the deal, but that’s much better than spending three years in court and getting hit with a punitive-damages award.”

Thorne advised against rushing a deal, especially if it’s being done to hide something. But over-negotiating brings its own problems, he said, by drawing out the process and adding to the cost of legal fees.

“At the beginning of a negotiation, sure, just shoot for the moon,” Thorne said.

“But after a while, one side will end up putting (a contentious) clause in, the other side takes it out, the other side puts it back in. … There’s only so long people are going to want to deal with that” before scrapping the deal entirely.