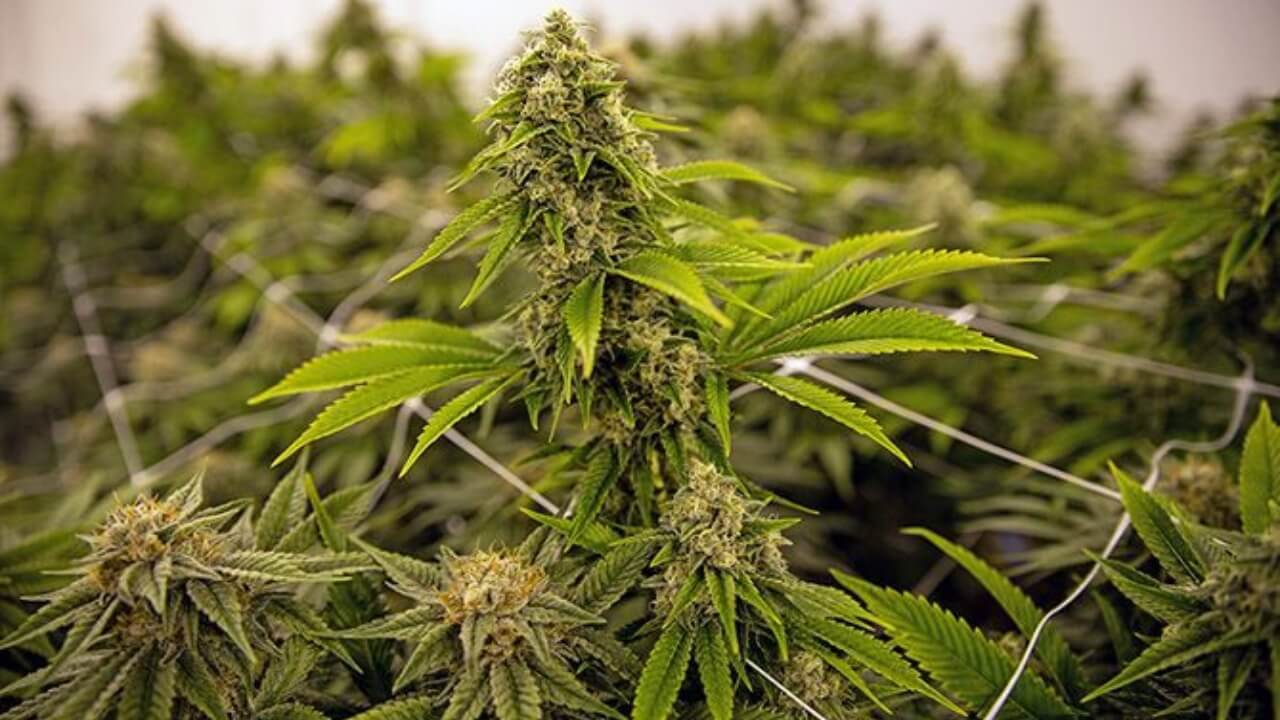 But three years later, the social equity program is still struggling to get off the ground, in part because of lawsuits and the COVID-19 pandemic.

At the same time, existing marijuana companies that were operating before the launch of adult-use sales in 2020 dominate a recreational market that today generates more than $1 billion in annual revenue.

Last summer, after a yearlong delay, Illinois awarded 40 craft cannabis cultivation licenses, most of them to minority entrepreneurs.

But licensees say the 5,000 square-foot canopy limit is too restrictive.

So they support legislation that would nearly triple the canopy size to 14,000 square feet, which they say is needed to attract investors and make their enterprises economically viable.

Most big marijuana companies oppose the bill as is.

Executives representing those companies insist they support the inclusion of minority entrepreneurs.

Instead, these executives argue, they want to ensure the winners of the more valuable 14,000-square-foot-licenses don’t turn around and sell them to other companies, including out-of-state businesses.

Illinois is a microcosm of the conflict over market access between multistate operators and minority entrepreneurs across the country.

Other examples have emerged during this year’s legislative session:

Amber Littlejohn, executive director of the Minority Cannabis Business Association, characterizes the general situation as a “misalignment of stated values on equity (by some large companies) and their policy positions and strategies actually executed on the ground.”

MSOs disagree, saying they only want to ensure that minority entrepreneurs keep their licenses for future generations of minority business owners.

At least two MSOs – Cresco Labs and Curaleaf Holdings – are working with minority equity businesses to put such safeguards into the Illinois measure, according to industry sources.

Grown In, a newsletter covering the cannabis industry, was the first to report about resistance from large cannabis companies to a bill in Illinois that would increase the allowed canopy size for craft cultivators from 5,000 square feet to 14,000 square feet.

The Cannabis Business Association of Illinois (CBAI), which includes MSOs, initially said in a statement that the state “should pause to properly assess where our industry stands rather than attempt to make incremental changes to an evolving industry.”

But the CBAI later clarified its stance, saying it supports allowing Black and Latino growers to operate 14,000 square feet of space but doesn’t endorse the legislation as currently drafted.

That’s because, the association said, the measure “affords no protections to ensure that the benefit of this proposal actually goes to the Black and Latinx businesses for whom this category of licenses was intended.”

While supporting the goal, the current measure “does not have sufficient safeguards to ensure generational ownership opportunities for people from these very communities,” Chima Enyia, executive vice president of Cresco’s Social Equity and Educational Development (SEED) initiative, said in a statement.

The bill, he wrote to Grown In, “does nothing to ensure the success of the operators the social equity provisions were intended to empower. Instead, it’s a grab by a few noisy license holders who have no intention of becoming operational, but desire only to shop their paper license to out-of-staters eager to pay a premium to enter the Illinois market.”

The bill itself was straightforward in increasing the canopy size. The provisions regarding social equity businesses were set in the 2019 recreational marijuana law.

Scott Redman, founder and president of the Illinois Independent Craft Growers Association, acknowledged that some craft cultivation operators are trying to sell their licenses.

But he estimated that half are actively engaged in trying to get their business going and another 10 aren’t sure what to do.

“Quite a few of the current 40 craft grower groups really are precariously positioned in not being able to attract financing” because of the current 5,000-square-foot canopy limit, he said.

Redman is part of a team, Drecisco Farms, that won a craft cultivation license and plans to build a greenhouse and processing facility about 70 miles northwest of Chicago.

But it was contingent on regulators increasing the 5,000 square-foot limit in 3,000-square-foot increments, depending on market demand.

“This allows craft growers to (go up to) 14,000 square feet right away,” Redman said of the bill.

The impetus of the measure, he added, is that many craft growers can’t, with a 5,000-square-foot canopy limit, present attractive enough financial projections to attract the capital needed to launch their operations.

Redman noted that costs have increased and investor conditions have changed since the 2019 law was enacted.

The equity cultivation licenses were delayed a year from July 2020 to July 2021.

“They did a terrible job rolling this out. From our perspective, a lot of investors have moved on, to New Jersey, to New York, to Massachusetts.”

In the meantime, costs for construction and other materials “have gone through the roof.” Also, some equity applicants lost potential properties because of the delay, he said.

Littlejohn said it is concerning that cannabis companies are fighting the technical details of the measure rather than supporting the overarching goal to help equity businesses become economically viable.

Canopy limits such as those set in Illinois are “frequently unsustainable,” she said.

But she said she supports any effort to improve the measure.

Littlejohn also suggested it’s a double standard for larger companies – which are allowed up to 210,000 square feet of canopy – to begrudge some equity applicants from selling their licenses.

Equity businesses, she noted, are competing with companies that enjoy economies of scale and have been able to grow and consolidate at will.

So the situation in Illinois is being made difficult, if not impossible, for equity applicants, whether they intend to operate or intend to sell, she said.

“It’s not a matter of being greedy,” Littlejohn said of the craft grower licensees. “If the limits are too low, neither of those things (operate or sell) can happen.”

Looking for a point-of-sale system? Here are some tips for marijuana retailers Opinion: The road to revolutionizing the cannabis beverage industry