Note: This is an updated version of a story that first ran Wednesday

State Gov. Pat Quinn (pictured) signed a medical cannabis bill into law this afternoon, just days before his deadline to make a decision on the measure.

“After months of anticipation, we are very glad the governor is taking this important step for Illinoisans,” said Chris Lindsey, a legislative analyst for the Marijuana Policy Project, a lobbying group for cannabis reform. “Several state agencies will have four months to adopt regulations that will provide the road map for producers, marijuana-infused product providers and dispensaries. We look forward to watching that process unfold.”

The measure will provide a huge boost to the national medical marijuana industry and pave the way for hundreds of new business opportunities in everything from cannabis cultivation and sales to testing and ancillary services. The bill calls for a four-year pilot program that allows up to 60 dispensaries and nearly two dozen cultivation centers to open up shop across the state, which will make Illinois a powerful player in the cannabis industry with tens of millions of dollars in annual sales.

The list of qualifying medical conditions is somewhat extensive, including 33 ailments such as cancer, multiple sclerosis, HIV/AIDS, glaucoma and residual limb pain. The bill, however, does not allow patients with general catch-all conditions such as “chronic pain” to receive medical marijuana cards, meaning the market will be much smaller than in states with more liberal rules like California and Colorado. Still, tens of thousands of patients will likely get cards, creating a sizable customer base. Card-holders also can get up to 2.5 ounces every two weeks, a generous amount that will further fuel sales. (You can read the bill in its entirety here.)

There’s a big caveat though: Lawmakers could decide to shut down the whole program after four years, so there will be a big question mark surrounding the long-term viability of the state’s medical marijuana industry.

Optimism in MMJ circles about the Illinois market is running high. Several cannabis organizations and companies from other states have already scheduled business and legal seminars for entrepreneurs in Illinois, an others are making plans to enter the market.

The new law will take effect Jan. 1, though dispensaries likely wouldn’t open until later in the year.

Twenty other states have passed bills that legalize medical marijuana to some degree, including New Hampshire this month and Maryland earlier this year. 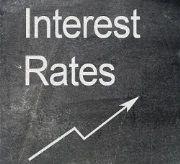