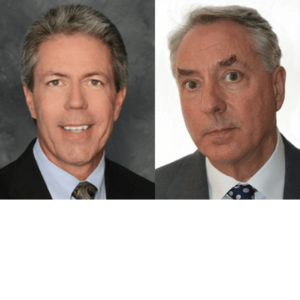 We often hear from acquirers and company owners alike in cannabis sectors that the times we are living in now are like “the first years after Prohibition in 1933.”

The implication is that marijuana and hemp versions of Anheuser-Busch, Coors and Seagram are being formed now, and it won’t be long before products will start showing up on store shelves at the same rate that we see alcohol today.

Visions dance in the heads of key players of entire aisles in grocery stores and pharmacies dominated by marijuana and hemp products. Behind that, of course, there are visions of dynastic wealth.

The secondary implication here is that the valuations of today’s nascent marijuana and hemp companies should reflect the nearly unlimited potential of prospective growth.

The thinking goes that the value should not be based on where they are now, but where they will be in the future – even the very distant future.

And therein lies a concern.

Make no mistake, these sectors are growing at rapid rates, and the financial and trade media have latched onto that growth narrative.

In a classic positive feedback loop, that media attention is often cited in company valuation expectations, and those valuations are recited by the media, pointing to growth predictions.

The obvious concern here is that some business owners seeking acquisition (and even some first-in-money investors looking to make a killing) have fantasy company valuations in mind that are based not on historical revenues or EBITDA.

Instead, they are based on future revenues and future EBITDA that are by no means guaranteed to materialize – and that makes them higher risk for buyers and investors.

Before we go further, let’s backfill some basics.

Most companies that are acquired are valued by a multiple of historical EBITDA, typically a trailing 12-month time period. This multiple of EBITDA is determined by dividing the total enterprise value (TEV) paid for the company by the EBITDA.

If the company being acquired has no EBITDA but has a history of revenues, aka top line, a company can be bought on a multiple of revenues, typically discounted from what would have been paid if the company were showing a profit.

In high-growth sectors such as marijuana and hemp, we are seeing somewhat of a land grab. Companies that are not yet profitable are being acquired on a multiple of revenue, because the buyer and seller agree on the company’s future prospects.

But these are high-risk investments, since it is impossible to really predict how well a company will perform in the future with any degree of certainty – especially given all the “stray voltage” out there around regulation, banking, interstate commerce and state laws.

That said, buyers and sellers are finding each other, and not-yet-profitable companies (also called unprofitable operations) are being bought and sold.

As is only natural, some company owners, eager to take some chips off the table, see this activity, and they want to get in on it. They call up an investment banker and say, “I’d like to test the market by putting my company on the street for sale.”

How much are you thinking?

Inevitably, our first question is: “As a company that has not turned a profit, have you considered what value you’d like to obtain in a sale?”

The owner may respond: “Well, my projections show that at the end of 2022, we will have a $4 million EBITDA. I see that marijuana and hemp companies are selling for around 8X today, and so, I’d like to get 8X on that $4 million and sell my company for $32 million. Maybe I’ll discount to 7X since I’m early stage.”

This seller really needs to be more realistic.

That 8X being paid today for profitable companies is not the same multiple that would be paid for companies throwing the dice for profitability two years hence.

In fact, the multiple paid for an unprofitable company today, even with good prospects, would be steeply discounted to hedge future risks.

Commonly, an intrigued acquirer might agree with the seller to pay a small amount for the company today and then make a series of future earnout payments based on delivered performance.

When we explain this scenario to sellers who might have a fantasy multiple in mind, some simply say that we are wrong, and they look for an investment banker who agrees with them.

But it has been our experience that the maturation of the marijuana and hemp sectors has brought in more sophisticated investors, especially from private equity. These investors have tighter rules for acquisition and lower appetites for risk than some of the first-in money that we’ve seen to date.

This will surely drive more discipline in valuation – with a bias toward performance, not prospects – since private equity money tends to chase profitable companies, purchased as a multiple of EBITDA.

John D. Wagner and Dr. Carl Craig are managing directors of Colorado-headquartered 1stWest Mergers & Acquisitions, which offers a specialty practice in the marijuana and hemp sectors. 1stWest M&A has transacted more than $1 billion in deal values.