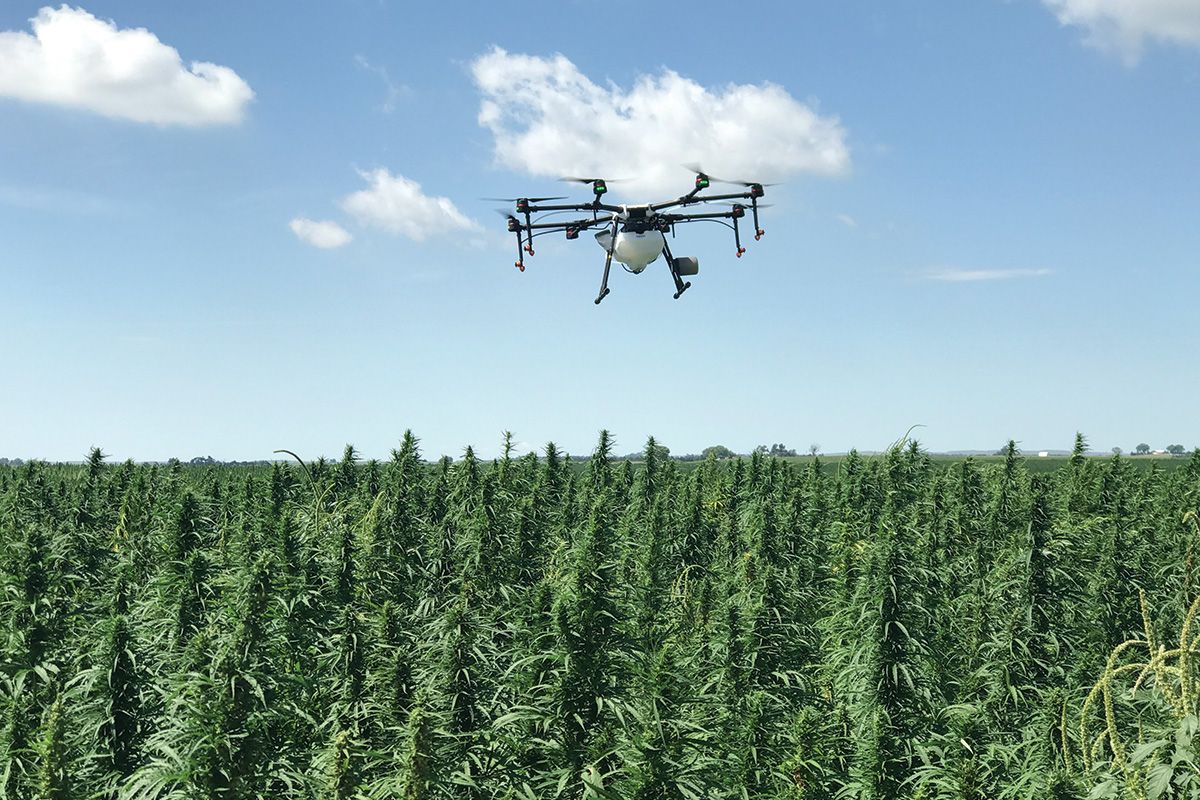 Technology powered by artificial intelligence (AI) has quickly evolved in traditional indoor agricultural production systems in recent years, as companies have seen the need for growers to use the vast amounts of data produced in their operations to make better production and management decisions. Now, indoor cannabis growers are jumping on the AI bandwagon to crunch key data so they can lower costs and fine-tune everything from irrigation and humidity to inventory management.

Large, publicly traded cannabis companies, in particular, have been rapidly putting these systems to work as a secret weapon in the fast-moving, highly competitive market, according to Adam Greenberg, CEO of Seattle-based computer vision company iUNU, which specializes in building horticultural production platforms.

“The growers and operators that are comfortable with learning and continuous improvement have been champions for machine learning and computer vision platforms,” Greenberg said.

But as technology advances and scales, and more providers offer new technology solutions, experts believe there will be more opportunities for smaller operators to access AI-enabled platforms.

“We’re trying to democratize knowledge to make sure that whatever the big guys can do with their deep pockets can be replicated on a platform for the benefit of anybody,” said Darryn Keiller, CEO of Autogrow, a controlled-environment automation company based in Auckland, New Zealand.

Most cannabis growers record data manually—in a notebook or spreadsheet—creating inconsistencies caused by human error and inefficient production and facility management, which Greenberg estimates can ultimately result in 10%-25% crop loss each season.

Recording data manually and trying to repeat it year after year, with varying conditions and sometimes different staff, creates an open-loop system that makes data subject to outside influences. AI helps close that loop to perfect recipes for crop production and improve consistency.

“It’s a new level of granularity that’s also scalable and profitable,” Greenberg said. “That’s how we’re going to drive efficiency for this industry.”

The beauty of AI, according to experts, is its ability to automatically integrate, read and decipher the scores of data recorded from automated systems growers already use—such as environmental controls, automated irrigation systems and lighting—at speeds humans are incapable
of replicating.

“When you go to a beach, it’s made up of grains of sand. Imagine those grains of sand represent data,” Keiller said. “Data by itself is just a beach of sand, it’s just grit between your toes. But if you were to build a sandcastle with it, you’ve now shaped it into something meaningful, and that’s what we do with data. Data by itself doesn’t mean anything, but when you create something with it, it’s very powerful.”

When growers have to track everything from compliance and traceability requirements to plant health and crop-management inputs, in addition to dealing with the weather and other variables, the pressure can be overwhelming. This is where automation and AI technology comes in, Keiller said.

“At the end of the day, there’s not enough knowledge and not enough people to grow everything, so you’re going to have to use AI combined with robotics and other automation technologies to run everything,” he said.

Labor and turnover are some of the most expensive factors plaguing competitive cannabis producers. With a shortage of skilled labor and experienced growers, the last thing an operation wants is for its talent to be recruited away along with the company’s unique production recipes and trade secrets.

“Our goal is: Can we take the capability and knowledge of a really great grower and put it in a system? That’s basically the direction of AI,” Keiller said. “If we could lift the bar for everybody, then that would be a great outcome for the industry.”

AI helps growing operations keep track of production knowledge in a way that is consistently repeatable from season to season, allowing producers to maintain growing protocols as their own intellectual property, even if they lose an employee.

“You’re always going to need a highly qualified grower,” Greenberg said. “This allows for a new grower to pick up where the last grower left off, and it allows the grower and the operation to continue to improve as opposed to having to rinse and repeat, hoping to meet the previous standard of quality.”

For example, the technology allows cultivators to track plant growth through computer vision that permits a range of perspectives, from a broad look at the overall crop to a 3D view of each plant. Moreover, the imagery is tracked over time so growers can look back at images from earlier in the plant growth cycle or previous crop turns.

Instead of walking crops daily and trying to remember where they saw an issue or waiting to see what happens with a symptom, growers can view crops virtually and flag problems through their handheld device, assigning tasks for growing staff to take immediate action against issues such as mildew or pests.

“With computer vision, you can go back in time and actually solve the issue right then and there, as opposed to having to wait and see how it spreads,” Greenberg said. “You can solve the problem as soon as you catch it, instead of waiting to understand the root cause of the problem.”

The ability to track the day-over-day growth rate for both the canopy and the flower with AI is a relatively new development that’s been popular among larger cannabis companies, according
to Greenberg.

Tracking plant growth automatically using computer vision has unlocked the derivative of the growth rate, showing different phases of development. This allows growers to change production methods based on their desired outcome for the crop.

“You can try to elongate or compress certain stages of basic growth depending on what attributes or what key expression or what type of compounds you want to pull the most data,” Greenberg said.

“For example, certain growth stages directly correlate to more dry weight, and as you compress or elongate them and keep them in different phases, (it) could result in more dry weight but reduce your extract value.”

“This allows you to see in a more granular way and unlocks the ability to change aspects in your growth cycle that you normally wouldn’t be able to see with the naked eye.”

For example, Keiller said one cannabis grower used an Autogrow system to compare different cultivation environments to find out which was most efficient. The operation grew the same cultivar in an indoor warehouse, a greenhouse, a shipping container, a high-tunnel greenhouse and an open field.

“We ran it all and looked at data analytics and growing methods and what was producing more and why,” Keiller said. “It would be very hard for a grower—apart from absolute yield and their sense of the quality of the crop—to make that determination by themselves. They’d need a fleet of scientists. Most growers can’t afford to hire scientists to be part of their operation, so how else do you provide those services? You do it through AI-based tools. You’ll see more and more coming out in the industry—new emergent applications that weren’t there before in order to account for that type of expertise.”

By combining image processing through machine or computer vision with AI, systems such as FarmRoad from Autogrow and Luna from iUNU can count flowers and predict yield, giving growers a better idea of what to expect from their crops, Keiller said.

Further, data science applied through AI can compare yield data to environmental data to determine what might have gone right or wrong during the season, so growers can learn best practices going forward.

“This is an example of applied AI—a grower could never figure it out six ways from Sunday,” Keiller said. “You’d have to apply data science to get right down to the specifics.”

One of the most exciting applications of computer vision technology for owners of grow operations has been the ability to track plant inventory throughout the facility, Greenberg said.

“They have a map of where everything is in the facility and the status of it,” Greenberg said. “We’re all visual creatures in this industry. If you’re asked what’s ready, you have to go put a height on it, so we transitioned to a vision-first, map-first methodology over the past six to 12 months.”