A move by the Czech Republic to legalize medical marijuana could create opportunities for cannabis consultants, cultivation experts and MMJ-related businesses based in the United States.

As Czech officials look to establish a workable MMJ infrastructure, they will likely seek experienced professionals for guidance and advice. And what better place to look for expertise than in the US, where there are thousands of dispensaries, grow sites, edibles businesses and ancillary medical cannabis companies honing their craft.

Under a bill signed into law this week by President Vaclav Klaus, the Czech Republic initially will import medical cannabis from Israel and the Netherlands as it sets up a licensing system to eventually grow marijuana inside the country. Patients will need a doctor’s prescription to buy cannabis, which will be sold at pharmacies (but likely not covered by health insurance plans). The country will now work on developing additional rules governing the sale of medical marijuana.

To be clear, this won’t lead to a windfall of money for US marijuana businesses, and there certainly are cannabis experts closer to the Czech Republic (in Israel and the Netherlands, for example) that could help out.

But legalization could create at least some opportunities for US companies – such as those that have developed support products, services and technology for operations that handle medical marijuana – as well as consultants and individual experts who can advise on cultivation methods, security, inventory tracking, etc.

One US company began preparing for this development last year. California-based Medical Marijuana Inc, a publicly traded firm that offers a variety of MMJ and cannabidiol-based edibles through its subsidiaries, recently formed a holding company in Romania to distribute its products throughout the European Union. While some of its offerings can be sold over the counter because they are derived from hemp and don’t have psychotropic effects, the company also hopes to sell its marijuana-infused products in European countries that legalize MMJ.

Legalization of medical cannabis in the Czech Republic “is a very positive development for the addressable market overseas just as it is here in the US; hence we formed the company last year in preparation for the legalization of MMJ within the EU,” said Tripp Keber, head of Dixie Elixirs and Edibles, a subsidiary of Medical Marijuana Inc.

Aside from the business implications of legalization in the Czech Republuc, the development is significant enough in itself, signaling that views of marijuana in general are changing around the globe. The more countries that adopt medical cannabis laws, the stronger pro-MMJ arguments become in the US. 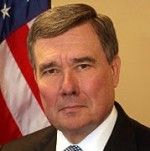