Entrepreneurs who want to sell medical cannabis in Sin City will have to wait at least six months to apply for a business license – and perhaps much longer to actually open a dispensary.

The Las Vegas City Council this week voted unanimously in favor of a measure that imposes a six-month moratorium on applications for MMJ-related business permits and licenses. The city also has the option to extend the moratorium by another six months.

That means entrepreneurs won’t even be able to begin the application process until spring, and it could be late 2014 – or even well into 2015 – until the first dispensaries open in Vegas. Other cities could follow, implementing moratoriums of their own.

Frustrating, for sure, and not exactly what entrepreneurs in Las Vegas – easily the state’s biggest MMJ market – were thinking when Nevada legalized dispensaries this summer.

Let this be a lesson to those in other states that recently paved the way for dispensaries: It often takes much longer than expected to get centers up and running, so it’s best to take an extremely conservative approach when writing your business plan and getting your financials in order.

Delays are quite common in states establishing dispensary programs these days. Initial deadlines are rarely met, and new ones are often missed as well. Local officials wrangle over how to regulate the industry, and in many cases towns and cities enact moratoriums as they sort it all out. In Massachusetts, which legalized medical cannabis last November, nearly a third of municipalities have delayed the opening of dispensaries. The same situation is playing out in the recreational cannabis market – particularly in Colorado, where scores of cities have enacted moratoriums on retail stores.

This limits the near-term business opportunities, knocking out some overly aggressive entrepreneurs who pumped a lot of time and money into their plans.

On its face, taking time to establish regulations on the state and local level is not necessarily a bad thing.

Many of the states that pioneered the MMJ business (such as California, Colorado and Washington State) didn’t enact regulations early on. Some were forced to implement rules much later, creating chaos for cannabis businesses, while others still have not crafted regulations, leading to a highly unstable market for the MMJ industry.

The key is making sure any delays are reasonable, which isn’t always the case. As we’ve seen in states like New Jersey, local officials can drag their feet for years.

Entrepreneurs should understand that just because a state passed a law allowing dispensaries, there’s no guarantee centers will open any time soon.

Kerry Blasdel: 6 Steps to Finding Real Estate For Your MMC 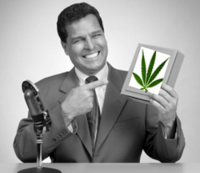 New Jersey Agrees to Loan a Dispensary $357,200 – History in the Making