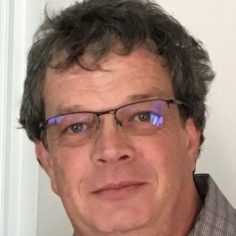 (Editor’s note: This story is part of a recurring series of commentaries from professionals connected to the cannabis industry. Van McConnon, based in Boulder, Colorado, has been growing, selling and processing cannabis for 35 years – and doing so in the legal market since 2009.)

Cannabis legalization has taken many paths as it sweeps across the United States.

Colorado and Washington state took the first stab at regulating cultivation, infused products, manufacturing and retail for medical and then adult use.

Almost 10 years later, their markets have stabilized, prices have normalized, the markets are competitive and the illicit market that still exists serves customers in other states.

If you want a license, you can get a license in these states.

Everybody can grow if they want to, and giving your neighbor a mason jar full of weed in the fall becomes the new normal.

The licensed businesses make a good living, the quality is generally high, and consumers have a plethora of choices.

Much of the country has access to legal cannabis, so why is the unregulated market still dominant?

Let’s look at the other states that chose the limited, “privileged” license model.

The initial application process defines the market and the players.

The result has been “Big Weed” and the birth of the multistate operator, or MSO.

Since getting and maintaining a license is a separate skill from successfully running a cannabis company, many of the operators in these markets have figured out only part of the marijuana business.

Once they’ve obtained their licenses, they have difficulty delivering high-quality product to the consumers at a reasonable price.

The most successful MSOs cannot survive on $20 eighths and $150 ounces (the current Colorado retail pricing for high-grade marijuana).

Plug those numbers into any MSO’s 10-K annual report and tell me how long they last at their current burn rate.

MSOs collect licenses like Lincoln pennies. But building these cannabis businesses and running them profitably has been more problematic.

Some companies do show strong revenue growth, but profit has been hard to come by even with limited competition and dramatically higher prices.

I’ll buy a half-ounce of Snicklefritz from my neighbor instead of an $80 eighth at a retailer operated by an MSO every day of the week.

As a result, the limited-license states typically have thriving unlicensed markets that account for a substantial portion of cannabis sales in their respective states.

Illinois’ illicit market also is reported to be booming.

Overtaxing and limiting licenses guarantees that the licensed producers will not be able to compete with the small, unlicensed seller or meet consumer demand.

Long lines, limited supply and choice, high taxes and marginal quality are not going to win the day.

The MSOs want to stop this “illicit market,” but decriminalization follows regulation, and what once was a low priority for law enforcement is now frequently a civil matter.

Nevada has tried to limit this market by outlawing home grows if they are within 25 miles of a retail store front.

This has literally had no effect.

California law enforcement bemoans the fact that they shut down an operation that will be back in the same location in a week.

MSOs are trying to do the same thing in other states with operating and effective caregiver supply models.

The backlash has been fierce, and brands are trying to distance themselves from the effort.

In Michigan, the Michigan Cannabis Manufacturers Association tried to limit caregiver access to the market.

The kicker is that it’s wasted effort on the MSOs’ part. As long as consumers can get a better product at a lower price from a friend or caregiver, they will shun the licensed shops.

Paying 40%­ more for packaging and a product that smokes like hay isn’t going to cut it.

Folks were growing in their basement when they were looking at jail time.

Decriminalization and the ability to grow at home means that literally thousands of pounds of free weed can be grown every year.

For the most part, if you’re growing too much, you’ll get a cease-and-desist letter. The authorities give you time to chop and bounce.

If a couple of guys shipping 500 pounds annually can clear $500,000 a year with a relatively low risk of actually getting busted, why waste time and energy getting licensed – if it’s even possible?

As a bonus, their unregulated distribution business doesn’t have to deal with Section 280E, regulatory oversite and far fewer hours worked.

Government regulation should be focused on the health and safety of the consumer.

Trying to manage the markets is a losing proposition.

Who grows, processes, packages and sells cannabis doesn’t matter, and if you want to start a cannabis business, you should be able to get a license.

Regulate the safety of cannabis products and let everyone compete for the consumer’s business.

Set the batch sizes to 15 pounds on flower and a kilo of concentrate and if you pass testing, you can try to sell your product.

Big Weed is proving that they can’t compete without government protection.

It’s absurd that the illicit market dominates while the most successful MSOs overcharge their customers and are the darlings of the public marijuana companies.

The government’s only job should be making sure consumers have access to safe, high-quality products at the best prices possible.

If the best product is coming from a section of my local vegetable growers farm, and I can pick it up at the farmers market with some peaches, strawberries, jam, bread and lettuce, that sounds like a win to me.

Fixing the market so the MSOs have a chance to succeed is absurd. Make them compete.

If the MSOs can’t compete with a farmer with a couple of acres and a strong back, let them die.

Van McConnon can reached at van.mcconnon@icloud.com.