(This story has been updated from an earlier version to correct the dates of the second licensing round.)

Talk with a cross section of entrepreneurs in the Los Angeles cannabis industry, and one consistent theme emerges: The market is in tumult, plagued by black-market operators, licensing delays and a social equity program that has yet to fully take shape.

That situation doesn’t seem likely to change soon, even with the start of the second round of L.A.’s marijuana business permitting that runs Aug. 1 through 4 p.m. Sept. 13.

So far, the city has issued permits for 156 retail operations, all of which were grandfathered in as existing medical marijuana dispensaries.

Boiled down, the difficulties facing the city’s thousands of existing MJ companies include:

ADVERTISEMENT
Longstanding community members who want to open licensed shops of their own include Donnie Anderson, the co-founder of the California Minority Alliance (CMA).

“I’m at a boiling point,” Anderson said Monday, noting that he’s paid $6,000 monthly rent for nearly a year for a cannabis shop in L.A. that he still can’t legally open.

“If I open it, that means I jeopardize myself from getting a license,” Anderson said. “Luckily, my cultivation has been keeping me afloat.”

To get a retail MJ permit, Anderson must have a location ready and waiting. But until he gets that local license, he’s stuck in limbo with no revenue coming in.

Unfortunately for people such as Anderson, the second round of licensing is only for nonretail companies that can prove they’ve been part of the existing supply chain dating to at least December 2015.

And the only ones that will qualify also have to fit the city’s social equity criteria.

Everyone else will have to wait for Phase 3 of L.A.’s licensing round. And so far, no timeline has been set for that.

There’s not even a timeline for when the Phase 2 licenses will be issued, lending even more uncertainty to just how long Anderson and others will be paying rent for unused retail space.

An overriding theme echoed by several industry insiders is that the city isn’t moving fast enough to get the regulated market up and running.

Adam Spiker, the executive director of L.A.-based Southern California Coalition (SCC), noted that situations such as Anderson’s are almost the rule of thumb.

“The industry in general remains vigilantly committed to (getting licensed). … They’re just not being given the opportunity,” Spiker said.

That’s one of the reasons the SCC, the CMA and Americans for Safe Access all crafted a letter this week to L.A. city officials outlining “systemic problems” with the upcoming licensing round.

A copy of the letter, shared with Marijuana Business Daily, asserts that unless several changes are made to alleviate financial pressure on would-be licensees, they “will continue to suffer, moving quickly from a position of severe economic hardship to true bankruptcy.”

The three organizations’ letter urged the city to eliminate a now-required hearing for any license applicants in the interests of timely permitting before the end of the year.

The groups also sought to ensure that current companies in the supply chain won’t be punished for continuing to do business as they undergo licensing.

The delays in licensing will likely lead to contraction in the L.A. market, observed marijuana business attorney Steve Meister.

“The longer it takes and the more questions remain, a lot of people will be discouraged, both from a financial standpoint … and they won’t trust that it can ever happen,” Meister said.

“It has the effect of only the most monied and biggest can even enter, much less survive. And I don’t think that’s anyone’s vision of what this industry is supposed to be.”

Meister said he’s advising clients that are hoping to get licenses through this round to not expect them for at least four months – perhaps six.

Any L.A. business that does receive a city permit after Dec. 31 then will face the added complication of needing a full annual state permit instead of just a temporary one.

That was another issue highlighted in the trade associations’ letter to the city, because annual state permits have a much higher threshold to cross, with more inspections by local regulators.

But since the city’s social equity policy calls for the issuance of two equity licenses for every one that’s given to a nonequity applicant, that means at least the next 300 will go to those that meet the social equity criteria, Packer said during a July 26 presentation.

Virgil Grant, who co-founded the Minority Alliance with Anderson and owns one of L.A.’s licensed retail shops, predicted a couple of hundred applications will be submitted in August, but far less will actually get permits.

“It depends on their paperwork and how they’ve been running their business,” Grant noted.

The application manual for L.A. social equity license hopefuls hadn’t been released as of Monday, two days before the application window opens Aug. 1. That means a lot of questions still must be answered, such as exactly how applicants will prove they’ve been part of the supply chain since before Jan. 1, 2016.

Proving eligibility could be a moving target.

“Think of anything that would reflect your business operations – if it’s notes, if it’s receipts, if it’s emails. You can also submit declarations from employees, from the people you supplied,” Freedman said. “All of those should be as detailed as possible so the DCR can evaluate whether it’s credible.”

That’s not the only concern, said Jerred Kiloh, owner of The Higher Path, one of L.A.’s 156 licensed retail shops.

He said the Phase 2 system is flawed because:

“Are you asking me to incriminate myself?” Kiloh said, arguing that’s a tough sell when trying to get businesses in the illicit market to opt into the regulated system.

There’s also a provision in L.A.’s city law that will prevent “undue concentration” of cannabis businesses that will eventually limit the number of companies in a given area, which has led Kiloh to doubt whether a social equity applicant he has lined up to run a small grow will be lucky enough to win a permit.

“Even though I now put in a couple hundred thousand dollars to make sure it was going to be compliant, I still have no idea if it’s going to pass,” he said.

“I have no idea if my social equity applicant is really going to pass whatever benchmarks they have. No one knows.”

The problem, as Kiloh sees it, is that L.A.’s cannabis industry has so far been built on a bed of quicksand.

“An empty foundation is just that: There’s no stability to it,” he said. “We’re failing at every level.” 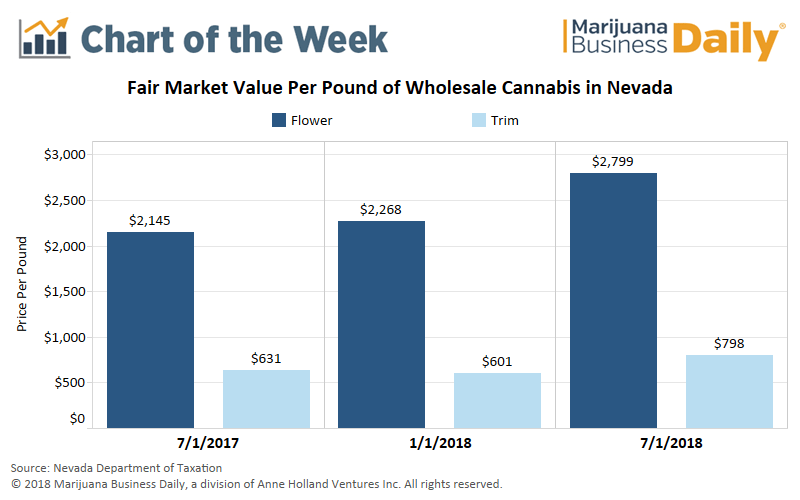