New Jersey can’t even begin the recreational cannabis legalization process until mid-January, but marijuana entrepreneurs across the country are descending on the Garden State in hopes of getting a first-mover’s advantage in what could become one of the most buoyant markets on the East Coast.

Indeed, many marijuana businesses already have a presence in New Jersey, including California-based Terra Tech and Weedmaps, and more are expected.

“The Green Rush is very much on,” said Joshua Bauchner, an attorney at Ansell, Grimm & Aaron, a law firm in Woodland Park, New Jersey.

He noted that his dedicated cannabis practice has taken a flood of calls from marijuana entrepreneurs expecting New Jersey to become the nation’s next recreational marijuana state.

“Since the election,” he added, “I’ve been doing this nonstop.”

All signs point to Governor-elect Phil Murphy and the New Jersey legislature hitting the ground running after Murphy’s Jan. 16 inauguration.

ADVERTISEMENT
Murphy has promised to sign a recreational marijuana bill within his first 100 days in office, and lawmakers already are familiar with an adult-use draft bill that State Senator Nicholas Scutari introduced last May.

At the time, Scutari said he wanted a bill ready in case New Jersey’s outgoing prohibitionist governor, Chris Christie, was succeeded by a pro-legalization chief.

If New Jersey lawmakers were to pass an adult-use cannabis law, they would make history as the first legislature to do so. The nation’s five operating recreational states were passed through referendum.

Scutari simply needs to reintroduce the bill after lawmakers return to session Jan. 8.

Although Scutari’s bill is far from final, it’s far along. Key points include:

While Servis’ association is mostly happy with what’s in the bill, she said there are some points she’d like to see changed or clarified, including a less-stringent residency requirement and having separate recreational and medical programs instead of folding them into one.

While Murphy’s election sparked a wave of interest in New Jersey as a recreational business destination, some marijuana companies have already set up shop.

Terra Tech – a marijuana company with multiple cultivation, processing and retail licenses in California and Nevada – built a five-acre greenhouse facility in Belvidere in 2013.

But the facility doesn’t produce cannabis.

Rather, Terra Tech’s grow is a federally legal business, Edible Gardens, that cultivates herbs such as parsley, cilantro, thyme and sage. The products are sold in major groceries like King Kullen, Kroger, Market Basket and Stop & Shop.

“We did it as a hedge to our West Coast cannabis businesses,” said Terra Tech COO Mike James.

But now that legalization appears imminent in New Jersey, Terra Tech is prepared to enter the adult-use marijuana market.

“We definitely want to move forward and apply for the permits,” James said, noting that Terra Tech is eyeing growing, retailing and other parts of the cannabis supply chain.

But the company is actively involved in trying to shape New Jersey’s adult-use regulatory process.

“We’re working closely and serving as a resource to the incoming Murphy Administration, the state legislature and key stakeholders,” Weedmaps spokesman Carl Fillichio wrote in an email to Marijuana Business Daily.

“We are all working to advance a first-in-class cannabis policy framework that will stand up as a safe, responsible and successful industry in New Jersey.”

Weedmaps hopes to sell its software solutions to rec businesses that eventually establish themselves in New Jersey, Fillichio added.

Two Colorado-based marijuana companies also have plans to do business in New Jersey: AmeriCann, a real estate company that leases grow sites in multiple states, and The Green Solution, a multifaceted cannabis firm.

Knowing that out-of-state companies could need in-state partners is good news to one Jersey-based entrepreneur.

“There’s a benefit to having a partner that is a resident of the state,” said Julie Winter, COO of CBD for Life.

Her CBD manufacturing company in Monmouth County sells to about 40 stores in the state and intends to vie for a recreational license.

With New Jersey’s lawmakers so far along on an adult-use bill and the political will backing legalization, most observers believe the governor will sign rec cannabis into law by June 30 – when the fiscal year ends – at the latest.

“It’s certainly possible,” said Michael Bronstein, a cannabis legalization lobbyist in New Jersey. “But no state has passed a recreational law through the legislature before, so it’ll take a lot of work.”

“If the bill is introduced quickly, which I believe it will be,” she said, “I wouldn’t be surprised if the first rec sales happen in 2018 – although it’s mostly going to come from existing medical operators who have been grandfathered in.

“We have a really good shot at it.”

Bauchner believes too much work remains.

Civil ‘conspiracy’ lawsuits may be next legal threat for marijuana businesses 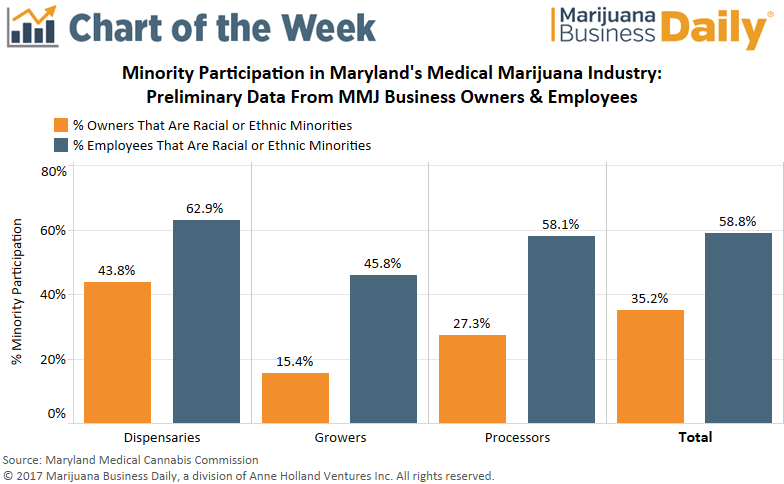