Be careful what you say and how you say it.

That’s the take-away from a recent incident involving Cannabrand, a Denver-based marijuana ad agency that took it on the chin over comments its founders made in a New York Times article.

Olivia Mannix, co-founder of Cannabrand, told the Times that the company is “weeding out the stoners” and attempting to reach a higher-end clientele.

She also described many Colorado marijuana dispensaries as looking like “underground abortion clinics.”

Some professionals in the industry took issue with the comments, and Cannabrand lost at least one client as a result. 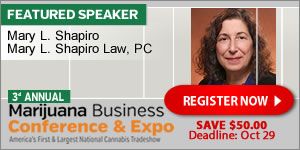 Mindful, which owns three Colorado marijuana shops, cut ties with Cannabrand, telling The Denver Post that the comments do not reflect its values and “were hurtful and insulting to the industry and to the many that have fought so hard for years in the name of patient rights and safe access.”

Cannabrand also faced backlash from other angry industry insiders, who lit into the company via social media.

Cannabrand released a statement to the Post, saying the controversial comments “did not clearly convey our stance… We support everyone in the marijuana industry.”