Medical marijuana advocates in Fort Collins, Colorado, have succeeded where their counterparts in San Diego failed, gathering enough signatures to get a key cannabis measure on the ballot this fall.

Supporters of a proposal to overturn a recent marijuana dispensary ban in Fort Collins were able to get the 4,302 validated signatures – and then some – required to put the issue in front of voters. They submitted roughly twice the number of signatures needed to ensure the measure qualified for the ballot.

The Fort Collins medical cannabis community came together to spearhead a successful signature drive – despite the fact that nearly two dozen dispensaries in the city were forced to close this year after voters approved the ban.

It stands in stark contrast to what happened in San Diego, which has also seen its medical marijuana industry decimated in recent times. MMJ supporters there attempted to get a measure on the ballot that would also revive cannabis businesses. But they came up way short in the signature drive because they didn’t have enough resources to mount an effective campaign, signalling limited involvement by current and former cannabis professionals.

This tale of two cities shows once again how important it is for medical marijuana businesses, professionals and those involved in ancillary MMJ companies to get involved politically, whether it involves funneling a few $20 bills to ballot campaigns or volunteering on a Saturday to collect signatures.

The Fort Collins effort still faces an uphill battle, as organizers must now win over a skeptical public. Voters, after all, backed a ban just last year. But getting the issue on the ballot is a major coup and at least gives the industry a fighting chance come November. 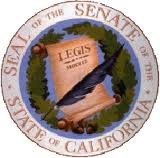 Update: Decision on Proposal to Ban L.A. Marijuana Dispensaries Pushed Back Until July 24