The medical marijuana entrepreneur behind weGrow – a hydroponics superstore attempting to expand nationally – is in some hot water.

Dhar Mann (pictured), who founded the company in 2010 and serves as its chief executive officer, has been charged by prosecutors in Oakland with 13 felony counts for grand theft and forgery.

Officials claim that Mann bilked the city out of tens of thousands of dollars by defrauding a local redevelopment program. The charges come less than two months after Mann settled another legal dispute with a former partner who was once a top executive at weGrow.

Mann is innocent until proven guilty, of course. But the allegations certainly won’t help the medical marijuana industry’s reputation, even if a court ultimately decides the charges are without merit.

These are the types of stories that stay in the public’s mind, and they are the ones that can sway voters when it comes to MMJ issues and ballot measures. Legitimacy is of the utmost importance in this industry and is key to gaining community acceptance of medical marijuana. When high-profile industry executives are charged with theft and fraud, the entire industry’s credibility takes a hit.

The lawsuit against weGrow’s founder is already having a ripple effect: A proposed dispensary in Oakland with ties to Mann has lost its conditional permit to operate in the city.

It’s also unclear how – or if – this will affect weGrow’s expansion as the company attempts to become one of the first true national brands in the MMJ industry. WeGrow has a store in Phoenix and recently opened one in Washington DC. It also has plans to expand into several more cities and states this year through its franchise program.

(Editor’s note: Mann has written two columns for MMJ Business Daily on how to find opportunities in the medical marijuana industry. We believe the columns offer sound, valuable business advice in areas unrelated to the charges against him, so we will keep them on the site at this time). 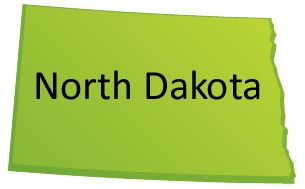