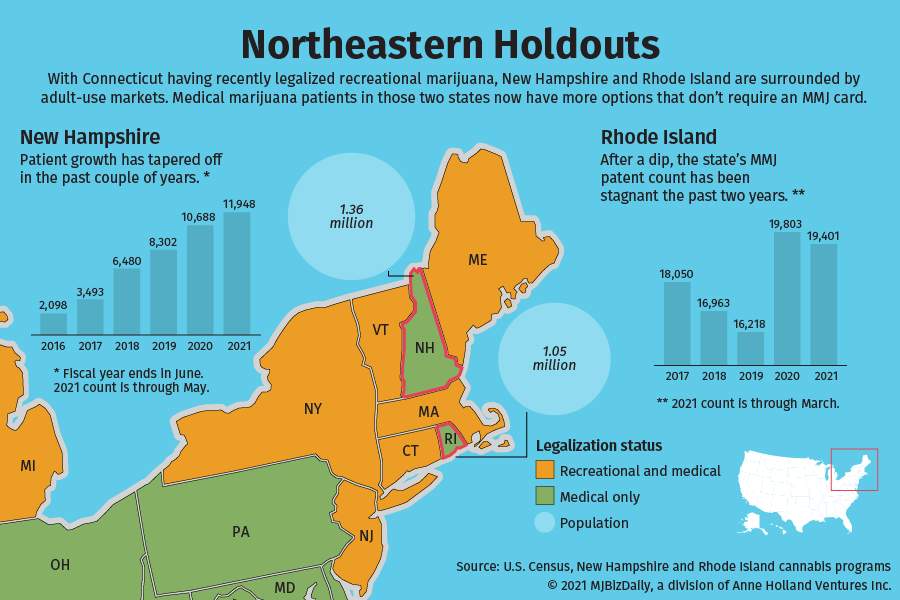 With Connecticut having recently legalized recreational marijuana, New Hampshire and Rhode Island are now engulfed by neighboring markets that either allow or are in various stages of allowing adult-use retail sales.

And while it is illegal to transport marijuana across state lines, the close proximity of cities in the Northeast is giving patients more options that don’t require a medical card.

Patient numbers in New Hampshire and Rhode Island slowed in the past year despite a renewed interest in legal recreational marijuana across the country.

New Hampshire’s rapid growth in the early years of its medical program settled to about 28% in 2019 and 2020.

As of May, patient growth dropped to 11% from the previous fiscal year with the state reporting 11,948 registered patients, up only 1,260.

The story is similar in Rhode Island.

After falling patient numbers were reported through 2019, the state rebounded with 22% growth in fiscal 2020 to a record 19,800 patients.

But that’s where the growth stops: The number of patients has slid a bit with only 19,400 registrations as of March of this year.

And those northern counties have experienced larger patient growth than their southern cousins. 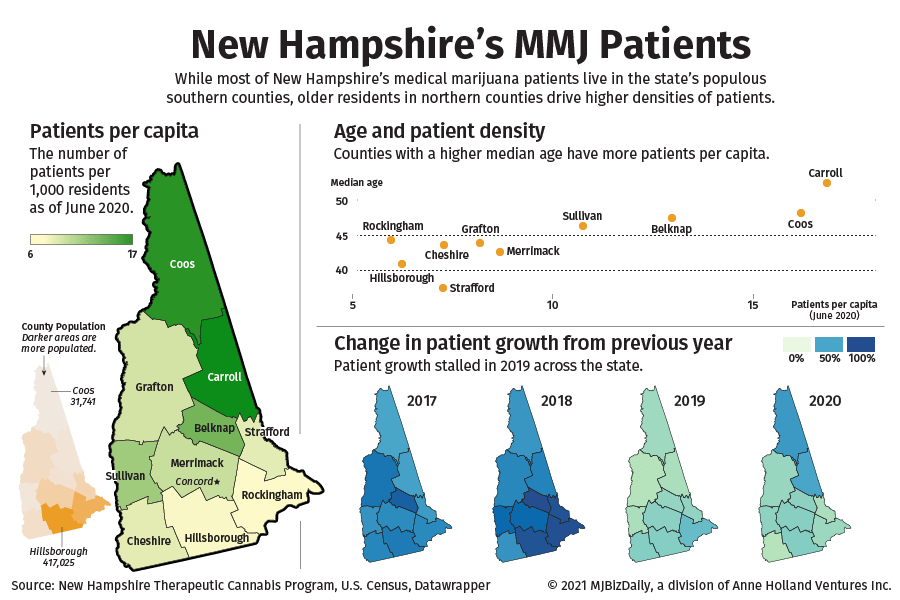 And while the total number of patients in 2020 was bigger in populous counties such as Hillsborough and Rockingham, patient growth was not.

Hillsborough patient numbers grew a respectable 30% from 2019, with Rockingham just below that at 23%.

New Hampshire's counties by patients per capita and median age 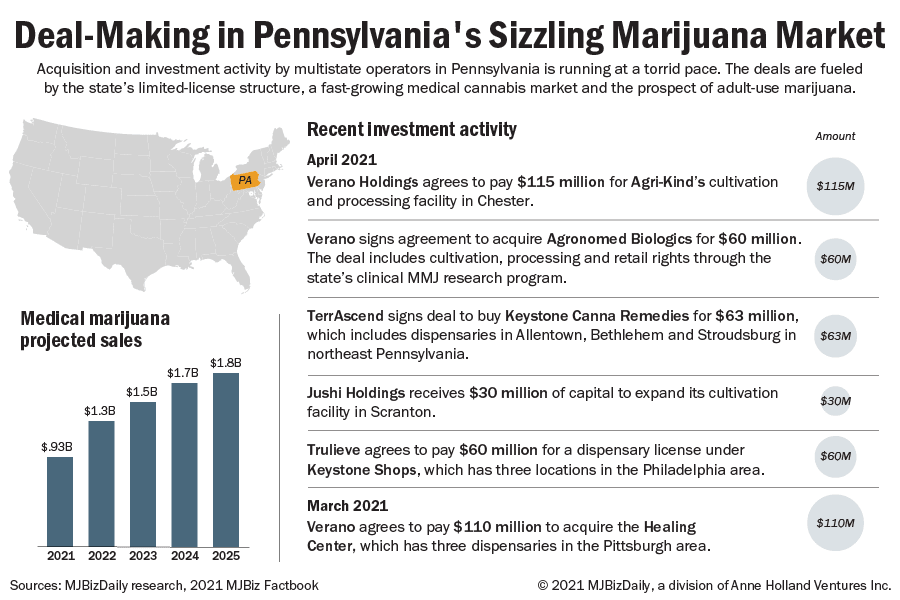 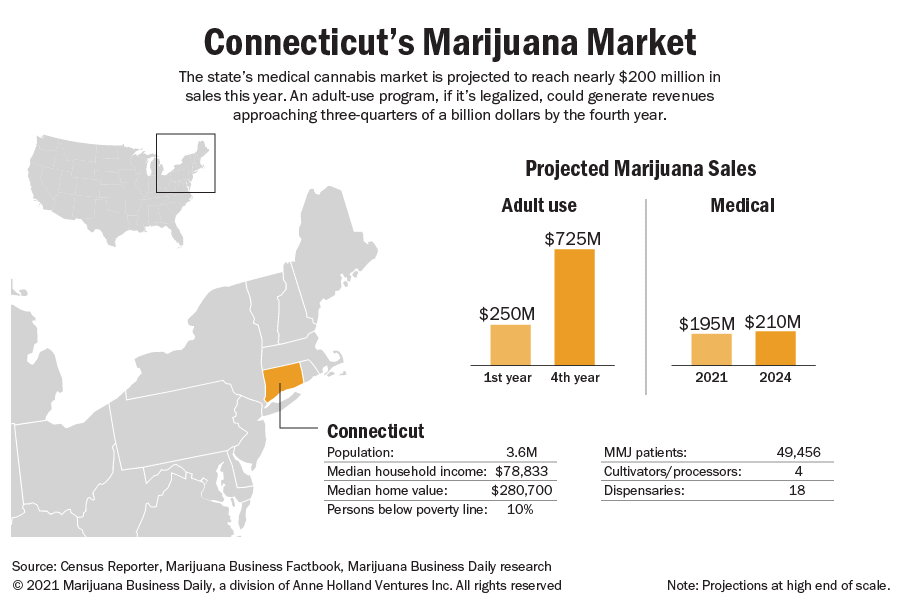 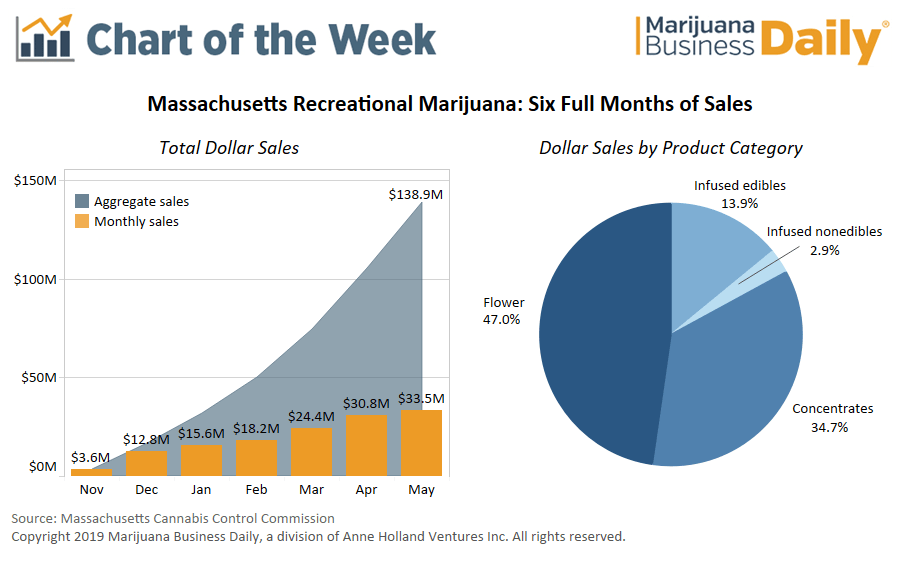 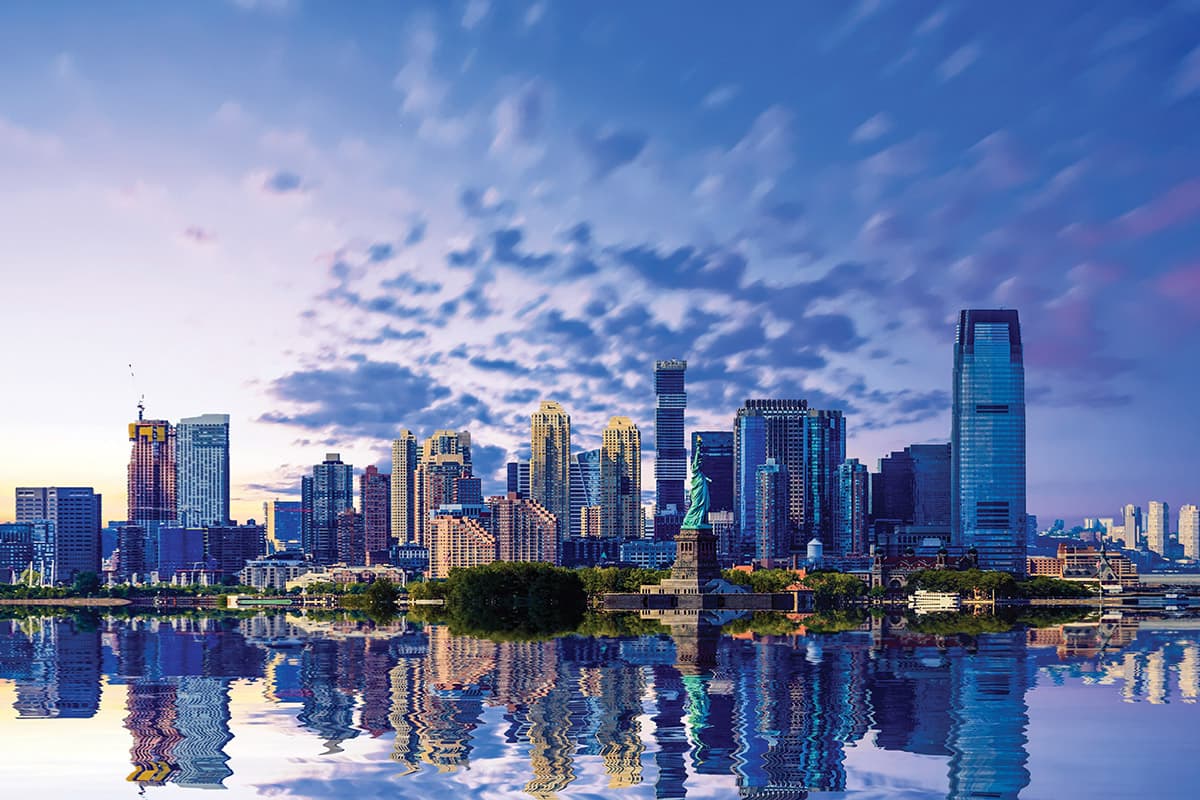 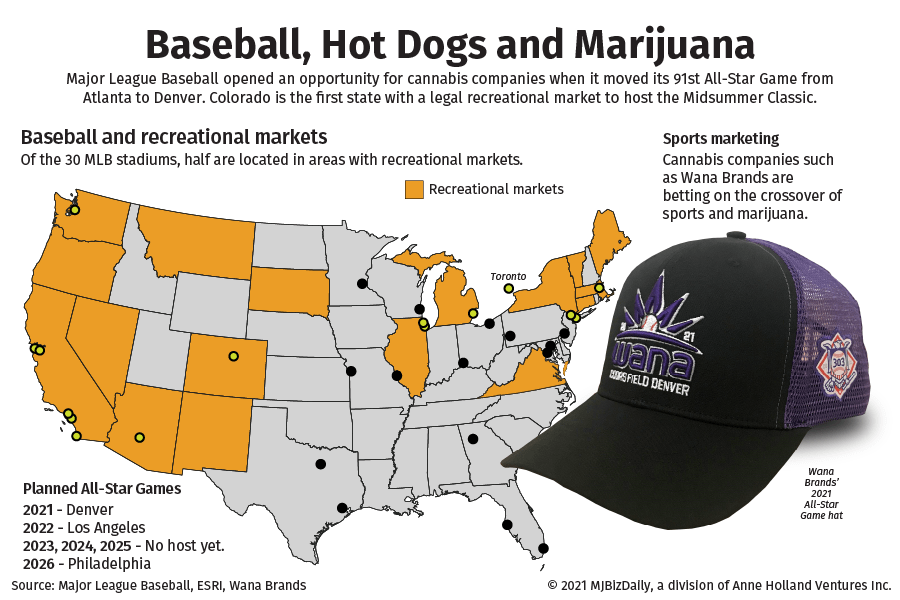