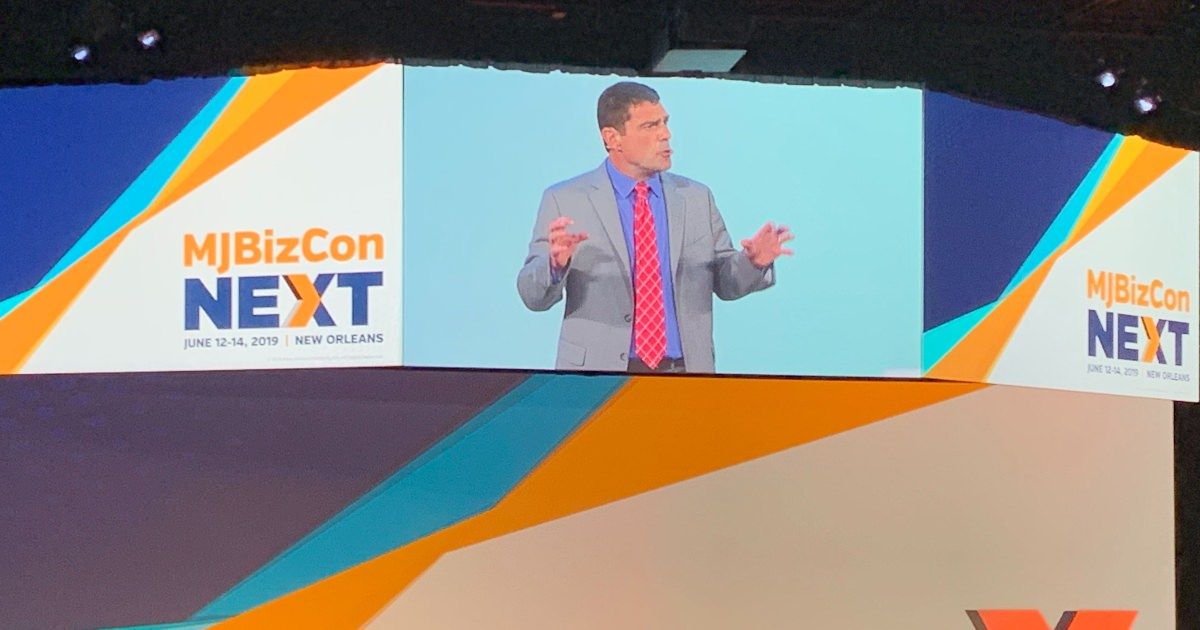 (Marijuana Business Daily produced MJBizConNEXT, which took place in New Orleans last week. What follows are some of the most important business takeaways from the conference sessions. To read Part 2, click here. Our regularly scheduled Chart of the Week will publish on Wednesday.)

Will Illinois become the blueprint for a successful social equity program?

A panel of experts at MJBizConNEXT gave the social equity provisions in the state’s adult-use legislation an initial thumbs-up.

ADVERTISEMENT
“There is a very robust social equity program built into the statute,” said Donna More, managing partner of the Chicago office of Fox Rothschild.

Applicants will get a huge number of extra points in the application process for being residents of low-income areas that especially were hard hit by the war on drugs.

Social equity benefits, she said, include:

“We are supportive of the program 110%, wherever we can help,” said Jourdan Kurtz, executive vice president of retail operations at Cresco Labs, a multistate operator based in Illinois.

According to More, Illinois will benefit from having a mix of established operators and newcomers, including the social equity players.

“You need your Starbucks, and you also want your neighborhood coffee shop,” she said.

“New Jersey and New York could benefit from taking a page out of Illinois’ book,” he said.

Don’t skimp on costs early on

Would-be growers looking to set up a cultivation facility must be well capitalized. And if you think you have enough money, you’re probably going to need more.

Martin advised against trying to cut costs in the initial stage. In particular, don’t skimp on the equipment you’re buying, specifically when it comes to your temperature and humidity systems.

You should realize that if you don’t invest in a bulletproof, backed-up, redundant HVAC and dehumidification system, you’re going to incur more costs later on when your system fails, according to Martin.

If you do invest in a high-end, integrated dehumidification system, you can save a significant amount of money on the labor required to combat mold and also avoid the revenue declines from a loss of quality and “all the things that come with having inconsistent equipment,” Martin said.

“You want to spend more money up front to save money down the line,” she added.

Are biosynthetic cannabinoids the future?

Cannabis is not just a plant but a factory that produces cannabinoids.

Growing hundreds or thousands of these factories has major environmental consequences, however, such as land overuse, pollution tied to electrical power generation and water waste.

It doesn’t have to be that way, said Jason Poulos, CEO of Librede, a San Diego company that grows cannabinoids through biosynthetic engineering, also known as cellular agriculture.

Specifically, Librede is working on growing cannabinoids in yeast. The advantages are many, he said:

While Poulos expects biosynthetic cannabinoids to be ubiquitous in three to five years, that doesn’t mean traditional cannabis cultivation is finished.

“There will be space for artisanal cannabis and whole-plant extracts like there are artisanal plant medicines,” Poulos said.

Action in the Southeast

The rapidly growing Florida medical marijuana market could see another licensing round as soon as this fall, predicted Sally Peebles, partner at Vicente Sederberg’s law office in Jacksonville, Florida.

Peebles said it will depend on patient counts and litigation, which could delay matters.

The sizzling Florida MMJ market had 228,000 qualified patients, 13 active operators (three delivery only) and 134 dispensaries as of June 7, according to the state Department of Health’s weekly update. Since that update, MedMen opened its first dispensary in the state.

Other potential opportunities in the Southeast, according to Peebles:

Getting the most from LEDs

Many cannabis cultivators continue to eschew electricity-saving LED lights, asserting that the upfront costs are too much and that they don’t achieve the same quality of plants as traditional high-pressure sodium lights.

LED lights can produce yields and quality that are at least as good as traditional lights, while the return on investment can be made up in a couple of years, she argued.

But for LED lights to make a difference in a cultivation facility, growers can’t simply swap out the old lights and for new ones.

Changes must be made to where the lights are placed in the facility and in relation to your canopy.

And because LED lights give off far less heat than traditional lights, facility managers will need to adjust their heating, cooling and dehumidification systems to account for the difference.

Experts are available to help growers make those adjustments.

And, to help growers keep costs down, many utilities will help out with rebates that can hit 40% or more.