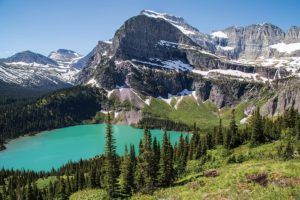 When it comes to the fees and availability of cannabis business licenses in Montana, the state boasts a lot of advantages. Montana residents have been accepting of the state’s medical marijuana program, with patient counts reaching 3.8% per capita. With fewer than 1.1 million residents spread across a large area, however, sales will never reach the astronomical levels seen in more populated areas.

Milestone: Voters approved a recreational marijuana program in the November election by a margin of 57% to 43%.

Market Data: A University of Montana study projects an adult-use market will generate $217 million in the first full year of sales (likely 2023) and $234 million in 2024.

Companies in the Market: Only Montana residents can obtain medical marijuana licenses, and that will be the case with the recreational cannabis program as well.

There are no statewide limits on medical marijuana providers, and as of the third quarter, there were 278 licensed MMJ operators and 368 dispensaries in operation.

Big Picture: Montana has embraced medical marijuana, and the same is expected for recreational cannabis.

Tourism could help boost sales. Montana attracted 12.9 million tourists in 2019, and those numbers should be strong once the coronavirus pandemic is over and people feel safe to travel again.

Montana residency will be required to get an adult-use business license, and existing medical marijuana companies will get an exclusive opportunity to enter the recreational market for the first 12 months.

The Marijuana Policy Project also played a key role in crafting the initiative.

“We wanted to make sure the people who participate have already proven their worth in the Montana system,” Petersen said. “It keeps things tighter and a little more homegrown.”

Key Details: Adult-use marijuana sales are expected to launch in late 2022 or early 2023.

Local governments will be able to ban marijuana operations—but only after getting permission from voters to do so.

Licensees must be vertically integrated. However, licensed operators will be allowed to sell up to 50% of the products they grow or manufacture on the wholesale market to other cannabis businesses.

The initiative calls for 10 cultivation tiers, including a micro-tier of up to 250 square feet. But experts say that, in some areas, cultivation companies already have the market covered, so there could be few opportunities for new growers.

A seed-to-sale tracking system will be implemented.

Strategies that helped marijuana companies thrive in 2020
White-label branding might be marijuana industry’s next hot trend
Here’s how to get the best ROI in potential new cannabis markets
One comment on “Montana to launch adult-use marijuana program with limits on residency, not licenses”
Leave a Reply Cancel reply
@MJBizCon 2020
MJBizCon 2020 Live Content Has Concluded