New York hemp growers – hit hard by a market glut and low prices – are jumping at another chance to grow the same species of plant, just a different variety: marijuana.

In February, New York Gov. Kathy Hochul signed into law legislation allowing hemp growers in the state to get an early opportunity to supply the recreational marijuana market when sales launch later this year or in early 2023.

So far, 52 of the “conditional adult-use cultivator” licenses have been issued.

The permits are intended to accelerate the cultivation and processing of recreational marijuana to avoid lengthy delays and shortages.

They also are aimed at boosting diversity within the industry.

New York is the first state-regulated marijuana program to allow licensed hemp growers to get the initial licenses to grow adult-use marijuana.

“This is a fantastic opportunity,” said Brittany Carbone, co-founder of Tricolla Farms, based in Berkshire, New York.

“But anybody who’s been in the hemp industry and understands the cannabis industry is approaching it with cautious optimism, to say the very least.”

New York was the No. 4 indoor hemp producer by square footage last year and produced 12,549 pounds of hemp flower, according to the U.S. Department of Agriculture.

Growers in the state planted 900 outdoor acres and harvested 290 acres.

The margins for hemp growers are much slimmer than for marijuana.

Marijuana growers in newly regulated markets can often sell flower for many times more than that per pound.

“This is a huge opportunity,” said Sarah Stenuf, founder of Ananda Farms in Fulton, New York. Stenuf is a cannabinoid hemp grower who received a conditional provisional permit to grow marijuana.

Only hemp growers who produced flower for cannabinoid production, mainly CBD, and had harvested a crop in two of the past four years were eligible under the new law.

As a female, lesbian and disabled veteran who has been arrested for marijuana possession, Stenuf will also be participating in the required social equity mentorship program.

She won’t be able to use her hemp genetics to grow marijuana, as cannabinoid hemp is commonly bred for low-THC, high-CBD qualities.

New York’s market will no doubt function as other markets around the U.S. function, where potency is king and flower that tests under 20% THC is often discounted or sold for extraction.

But where does a New York hemp grower who wants to grow full-strength marijuana get the genetics, since recreational marijuana has been illegal to grow in the state and transporting marijuana across state lines is against federal law?

The expectation is that most growers will source their full-strength THC genetics from the legacy market, although one recent loophole may help.

The Drug Enforcement Administration recently said that marijuana seeds with a THC concentration lower than 0.3% on a dry weight basis are considered hemp and are not regulated under the Controlled Substances Act, so some growers will try to have marijuana seeds shipped.

“Right now (the New York regulators) are not asking where we got the seeds,” Stenuf said.

She plans to grow a wide variety of strains, including sativa and indica as well as hybrids of the two, with the aim of producing about 4,000 pounds of flower per year.

Stenuf hopes to sell her flower for about $3,000 a pound on the wholesale marijuana market.

“You’d have to sell acres of hemp to get that,” she said. “The potential for earnings is much higher.”

Carbone, who started growing hemp in New York in 2018, plans to grow autoflower strains initially to ensure a quicker harvest because of that strain’s shorter grow cycle.

Autoflower varieties undergo their growth cycle regardless of variations in the amount of sunlight.

Carbone will start planting 22,000 autoflower plants this month outdoors and in hoop houses while her business builds out a greenhouse.

To source her genetics, Carbone is working with partners from the legacy market within the state who have developed plants that respond well to New York’s climate.

For example, Carbone is avoiding genetics from areas in California that are not as humid because those cultivars don’t stand up as well to powdery mildew.

She said she’s been contacted by several seed suppliers across the country after her name was published for winning a license.

Many of the license winners will be growing their full-strength marijuana next to hemp fields, but cross-pollination is not as much of a concern.

Because fiber and seed hemp growers are not part of the market, there shouldn’t be as much of a concern of having male plants involved, according to Joy Beckerman, principal at New York-based Hemp Ace International.

“The black market is so sophisticated in New York,” Beckerman said. “It’s been set up for decades and decades.”

But the quality can be suspect, particularly for edibles and vape products, she added, so the legal market can win out by providing safe, tested items.

To compete with the illicit market, Stenuf would like final rules for the market – including taxes for legal operators – to be fair and not overly burdensome.

Another rule that concerns Stenuf is the limit of 20 lights per grower.

Stenuf plans to start her operation in a greenhouse, noting “we need more options than the 20 lights.”

Under the current restrictions, the first 100-150 licenses that go to hemp growers will likely not be enough to meet demand, which is good for Stenuf’s business. But she wants to make sure everyone who wants cannabis can get it.

Beckerman expects New York regulators will protect the market from turning into a race to the bottom in terms of pricing – something that more mature cannabis markets have experienced.

She thinks the regulators have learned from the mistakes other states have made and won’t allow for unlimited licensing, even with a population of nearly 20 million people and a healthy appetite for cannabis.

“There’s going to be huge demand, but they want New York to be the model for the rest of the country,” Beckerman said. “Everyone’s excited about weed – we New Yorkers love weed.” 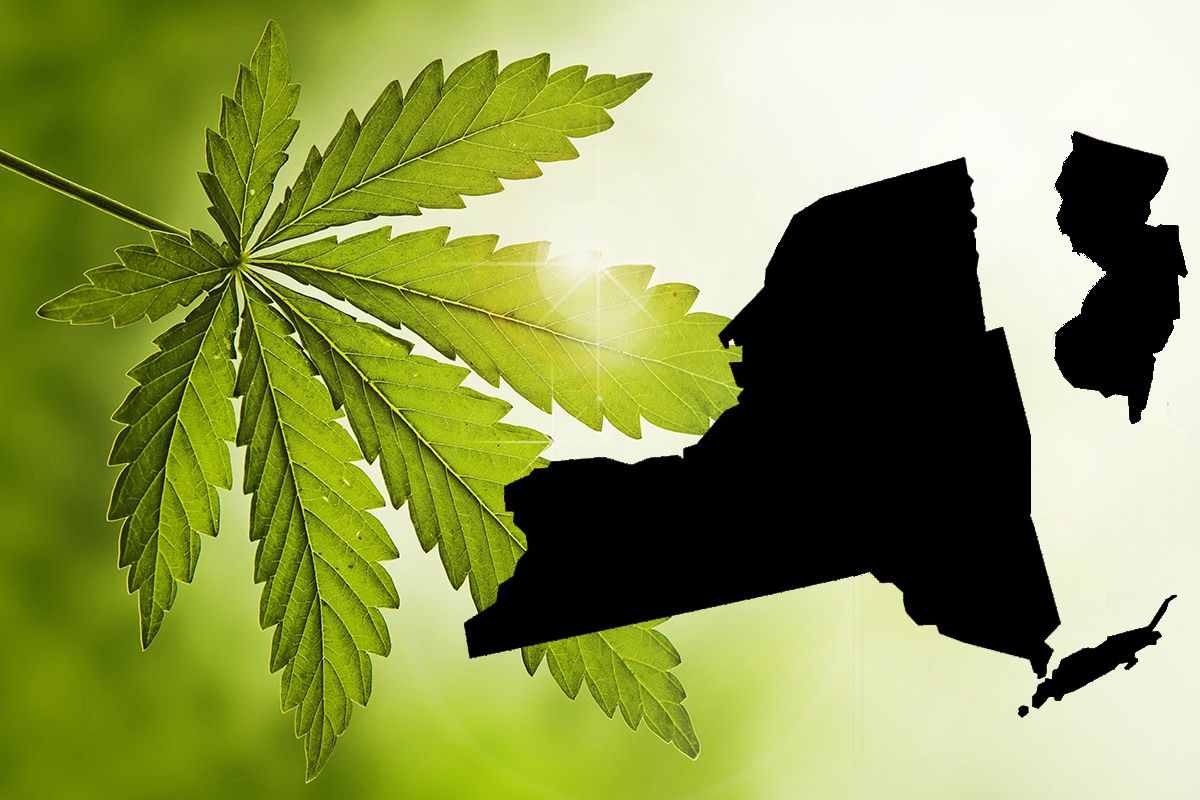