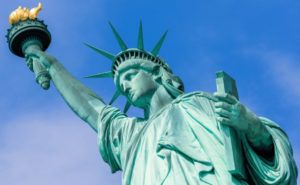 (This story has been updated to reflect that Gov. Cuomo signed the bill into law.)

After three years of fits and starts, New York lawmakers on Tuesday legalized a recreational marijuana market that is expected to become one of the largest in the country with projected revenues of nearly $2.5 billion by the program’s fifth year.

The Assembly passed the bill Tuesday night by a vote of 100 to 49, while the state Senate earlier approved the bill by a margin of 40 to 23.

Democratic Gov. Andrew Cuomo signed the measure into law Wednesday, and sales could start as soon as a year after enactment.

The bill creates automatic expungement of previous marijuana convictions that would now be legal.

This is a historic day.

I thank the Leader and Speaker and the tireless advocacy of so many.

Legislative leaders and Cuomo paved the way for passage when they agreed a few days ago on the details of the bill.

“Legalization in New York is incredibly significant in terms of its potential to reduce disparate racial arrest for cannabis consumption, but also in its ability to move the needle on the federal level,” marijuana lobbyist David Mangone wrote in an email to Marijuana Business Daily.

Mangone is director of policy for The Liaison Group, a Washington DC firm that lobbies for the National Cannabis Roundtable.

Legalization will generate an enormous economic impact in New York, which is struggling with a multibillion-dollar budget deficit.

A legal marijuana market will create tens of thousands of jobs and provide huge opportunities for companies that provide equipment and services to the industry.

Marijuana Business Daily projects that an adult-use market in New York would generate $2.3 billion in annual sales by its fourth full year.

The number of licenses would be determined by regulators and an advisory board “to ensure a competitive market where no licensee is dominant in the statewide marketplace or in any individual category of licensing.”

The measure also offers an adult-use path for the state’s 10 existing medical cannabis operators, nine of which are multistate operators.

They would pay large licensing fees to enter the market, and the fees would help fund the social equity programs.

Existing medical marijuana companies would be permitted to operate three adult-use stores apiece, co-locating them with three of their MMJ dispensaries.

NY’s adult-use cannabis program will use tax revenue to invest in communities that have disproportionally suffered under failed marijuana prohibition.

Here are some key aspects to the measure:

The bill has a stated goal to issue 50% of adult-use licenses to social and economic equity applicants.

The equity programs would provide grants, low-interest loans and incubator programs to benefit individuals from disproportionately affected communities as well as small farmers.

Microbusinesses would be allowed to have vertical operations. The bill prohibits vertical integration for other licensees in effort to protect the adult-use sector from being controlled by large operators.

Experts have been concerned that the medical marijuana supply chain isn’t robust enough to satisfy the pent-up demand for both MMJ and adult-use products and curb the illicit market, especially in New York City.

In addition to being allowed to operate three adult-use stores apiece, co-locating them with three of their MMJ dispensaries, MMJ operators could double their current number of dispensaries from four to eight, provided two are in unserved or underserved areas.

Forty percent of the state tax revenue would be reinvested in communities disproportionately impacted by the war on drugs, 40% to schools and public education and 20% to drug treatment and prevention.

Cities, towns and villages could opt out of retail sales.

The measure establishes an Office of Cannabis Management with an executive director, a chief equity officer and a five-member board.

The office would have the authority to evaluate license applications using metrics such as social equity status, commitment to environmentally sound practices, public health and fair labor practices.

In addition, a state Cannabis Advisory Board would be established to make policy recommendations on such things as licensing and grant approvals from the Community Reinvestment Fund.