A bill introduced before the New Jersey Assembly today would allow medical marijuana patients to purchase cannabis in other legal states and consume it at home.

The move could have tangible repercussions on the existing medical marijuana industry. Patients in New Jersey – a state with only two operating dispensaries – could travel elsewhere to buy cannabis and infused products, sapping profits for local MMJ centers.

Edibles are not available at this time in New Jersey, and cannabis prices are among the highest in the nation given the lack of competition. So a fair number of patients could seek out cannabis in nearby states.

Stender’s bill would require patients who buy out of state to report the quantity of their purchases to the health department. They would not be allowed to exceed the monthly limit recommended by a doctor. The bill also allow minors in New Jersey’s medical marijuana program to have two registered caregivers to may purchase the drug on their behalf, instead of just one.

The idea for the bill came from Megan and Brian Wilson of Scotch Plains, whose daughter suffers from a form of drug-resistant epilepsy.

The Wilsons hoped to purchase edible cannabis from Colorado, which is not available in New Jersey, and earlier this year they waged a public battle to loosen the restrictions on consuming out-of-state marijuana. 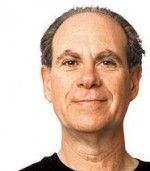