Fractional distillation is more science than art, and there’s no room for mistakes.

If done right, it can produce the purest, most potent THC product available. We’re talking 99.99% THC.

Distilling marijuana involves creating a pure cannabis concentrate by adjusting pressure and temperature in a vacuum until cannabinoids are “fractured” off and recaptured. After the process is completed, the resulting product takes on a viscous, honey-like appearance dubbed “the Clear.”

A correctly produced distillate batch will have no flavor and no odor. So when it comes to the process of manufacturing distillates, if something’s off – or a step is messed up – it comes out in the product. Essentially, you can smell and taste any mistakes.

“If you don’t do everything the way you’re supposed to you can come out with a distillate that’s very high in THC and looks very good but smells pretty bad,” said Dustin Upton, manager of the distillate lab at Rich Extracts in Clackamas, Oregon. “That’s not a smell that’s going to go away.”

That’s important for both manufacturers and consumers.

Distillates are consumed primarily in two ways: in edibles or as dabs. Manufacturers demand purity for both forms.

The same goes for direct consumption of distillate – consumers want it pure and potent.

To succeed, extraction lab managers say you should begin by using top-quality cannabis oil. Always look for ways to improve your distillation procedures. Don’t skimp on quality when it comes to lab equipment. And hire staffers who are as passionate about distillation as you are.

At MariMed Advisors in Massachusetts, the mantra is “quality going in, quality going out,” said Tyler Burke, project operations manager. MariMed produces the Kalm Fusion infused products line, available in four states. One of the company’s featured products is the MariMelt, an infused breath strip.

Burke strives to begin the process of distilling food-grade cannabis oil by using the highest quality oil possible. If the preprocessing stage is thorough enough, and the oil is good enough, the lab should only have to run it through the distilling process once.

“You want to go for one shot with each batch and not have to distill again,” Burke said.

A higher quality oil from the outset also means a larger yield of pure distillate.

As his lab has progressed, Upton said, streamlining the distillation process has been crucial to improving efficiency and ensuring a consistent product.

When the lab is “bumping” and operating at full capacity, “we can’t be wasting time,” he added.

He advises his lab technicians to think of the distillation process as an emerging science, one that has room to grow and be perfected. He tells them to remember that nothing’s set in stone.

“There’s always room to improve in this,” he said. “It’s so young that there’s no way everything’s been figured out yet.”

When someone does experience a breakthrough in the lab and finds a new, better way to do something, MariMed discusses it as a team. If everyone agrees that the new method is obviously better, then the team adds it to the company’s standard operating procedures (or SOPs).

Burke reinforced the importance of adhering to SOPs to maintain a consistent process. MariMed, too, has developed its SOPs as it has grown.

“We have SOPs that we have implemented into each of our facilities,” he said. “They are extremely strong because we are five facilities deep now.”

The Kief From the Chaff

Burke advised bulk processors to separate kief, the resinous crystal from marijuana flowers, from the plant material by dry sifting or bubble hash methods. This will increase the volume of production, Burke said, because, for example, 100 pounds of trimmed marijuana can be consolidated to 15-20 pounds of kief.

“This dramatically reduces the amount of material that needs to be processed,” Burke said.

Another tip he offered is to keep the raw material and the solvent used to extract the oil at a very low temperature. Cold temperatures reduce the chlorophyll, plant waxes, lipids and other nonvolatile compounds, he said.

“This produces a much cleaner product to be refined,” he said, “and reduces the amount of labor and time needed during refinement.”

The quality of the lab equipment is “pretty paramount,” Upton said.

The process requires exact pressures and temperatures, and skimping on glass or other equipment won’t save you money in the long run. Even if it only takes two days to replace a piece, that’s two days of lost production.

“It’s worth it to spend the extra money for something that’s going to last you a little while and you won’t have to worry about it,” Upton said.

Burke highlighted the importance of knowing your equipment is well maintained and clean. Because fractional distillation requires separating cannabinoids at the molecular level, if you have the smallest air gap you’re not going to get correct pressures.

He also agrees that quality equipment matters. He learned not to cut corners on equipment when his lab’s cold trap imploded.

Upton avoids micromanaging his lab partners as much as possible because he hates to be micromanaged himself.

Instead, Upton said, he tries “to hire people who are just as passionate about it as I am.”

Burke looks for staff members with an attention to detail.

“It takes a certain type of mind to be in the lab,” he said. “You have to be self-motivated and self-organized.”

As a mentor, Burke provides the SOPs to the lab workers and tries to instill confidence by getting them to understand the science behind what they’re doing.

“Science is all about observation and understanding what’s going on,” he said. 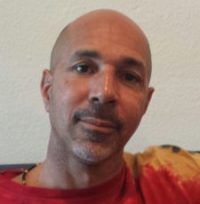