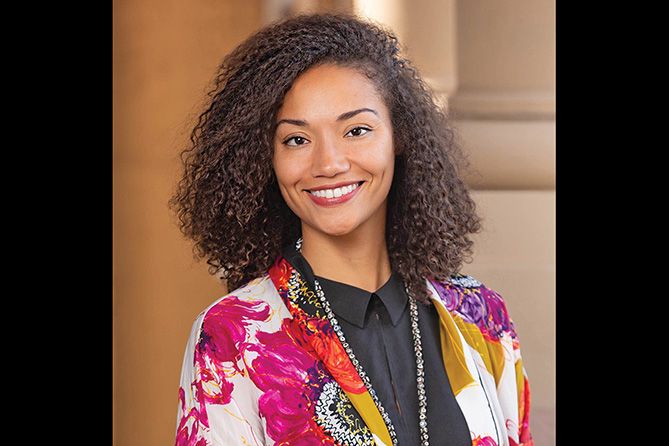 NuLeaf Project has the same approach as a private equity company: It is looking for a return on its investment. It differs, however, in its primary mission. The nonprofit exists specifically to build intergenerational wealth for people of color via the legal cannabis industry. Data shows that less than 1% of U.S. venture capital-backed founders are black, Horton points out.

NuLeaf Project provides minority-owned cannabis businesses, mainly those with African-American ownership, access to resources, education and mentors. The biggest component of its work, however, is giving financial support to such businesses, either in the form of grants with no repayment requirement or zero-interest loans.

The grants typically range in size from $15,000 to $60,000, with funds coming from tax revenue raised by the legal cannabis industry in Portland, Oregon. While these may seem to be small amounts by today’s marijuana-industry standards, they can make a big difference to fledgling cannabis entrepreneurs.

Working mainly in Oregon as of today, NuLeaf Project is eager to spread its model to other states. In the company’s first year of operation, grants have resulted in job creation and new product lines for the funded businesses, Horton said.

How do you identify potential in a cannabis business? What are the key things you are looking for when deciding to invest?

What almost comes standard with cannabis entrepreneurs of color—who’ve beaten the high barriers people of color face to establish a licensed cannabis business—is they are innovative problem solvers with the tenacity and drive to overcome obstacles that would sideline most entrepreneurs. These leaders have outsmarted the odds that say, with their significantly limited access to capital, they will not have the resources or connections needed to launch a licensed cannabis business.

Are you looking at states outside Oregon?

It’s very important to NuLeaf Project to see cities and states investing cannabis tax revenue into minority-­owned cannabis businesses. We’ve consulted other governments on developing their programs, and we’d be happy to launch a NuLeaf Project in other cities and states. We’re also working with cannabis companies that are interested in building an equity program or meeting diversity goals, as well as companies that simply want to contribute financially to this work.

Is there a particular sector in the cannabis industry that you currently are more interested in than others?

There’s more opportunity for minority-owned businesses in the plant-touching verticals, especially consumer brands, because the complicated regulations that differ greatly from state to state make it very difficult to launch national brands. That means there is a lot of opportunity still to build strong local brands that are poised for national expansion when it comes to federal legalization.

It’s almost too late to launch small in the ancillary sector. A handful of players already dominate cannabis tech and cannabis media nationally, for example. But the opportunity is still high and still emerging from state to state for consumer (flower, concentrates, edibles, topicals, etc.) brands.

Why is it that private equity/venture capital tends not to invest as much in minority-owned businesses? Is this changing?

First, VCs and equity firms are relationship- and network-driven. Entrepreneurs of color often lack access to the informal networks that are critical for attracting venture capitalists. When do VCs take meetings with businesses that come with no recommendation from anyone in their network? And, yet, most entrepreneurs of color don’t have anyone in their network with connections to private equity firms, family offices, etc.

Second, like funds like. In a Harvard-conducted brain-scan study, the researchers looked at how bias impacts hiring practices, relationships and more, and (they) determined you subconsciously look for points of similarity in everyone you meet because similarities make you feel safer.

There is unconscious bias operating for investors when assessing businesses owned by people of color, and studies have found the best way to address that is to include people of color on staff in key decision-making roles at these investment firms. It’s not changing fast enough.

Since you started NuLeaf Project, can you name one thing that has changed in terms of investment trends (i.e., a particular sector attracting more or less investment or different types of investors coming on board)?

Let’s look at this question specifically in the context of policies and programs like NuLeaf Project, meaning tax-funded initiatives that invest in cannabis businesses owned by people of color. I’ve been pleased to see more states, like Illinois under Gov. (J.B.) Pritzker, launch initiatives to give direct grants and low-interest loans to social equity applicants. The concern I have is how cities and states have been defining the groups who are eligible for social equity initiatives. For obscure reasons—and I’ve heard government attorneys cite all kinds of legalese as to why—legislation doesn’t name African Americans, the group documented as most targeted by the war on drugs, as the target recipients of these financial programs.

We also see a trend of these financial initiatives naming women as target recipients. The Marijuana Freedom and Opportunity Act introduced by U.S. Sen. (Charles) Schumer and U.S. Rep. (Hakeem) Jeffries is one such example. Women do face capital barriers across all industries. Women were not targeted by the war on drugs. This expansion and lack of clarity in language makes it harder to ensure these initiatives benefit African Americans.

What has been the biggest learning curve for you since you started NuLeaf Project?

We can do much more than we think with “micro-loans” to minority-owned cannabis businesses. I was surprised myself at our high rate of return in these small investments. Kevin Sabet, CEO of the antilegalization group Smart Approaches to Marijuana, is wrong. He said recently, “The (cannabis) industry requires major institutional capital, and unless a state is handing out seven-figure checks to certain populations, license-preference programs won’t make a dent.” We don’t need seven-figure checks, which is a figure so large as to make this capital problem seem insurmountable. We can make a big difference in minority entrepreneurial success with checks under $100,000, but we need to distribute 10 times the number we are distributing today.

If you could start all over again, what you would avoid this time around?

I would have focused on capital sooner. I started cannabis equity work in 2015 as a founding board member of the Minority Cannabis Businesses Association (MCBA). I built a lot of member educational content, and it’s still a core focus of MCBA to address one of the barriers people of color face.

While education is important, capital is more important. Two studies—one published by MIT and another by the Center for Global Policy Solutions—both determined that the No. 1 driving factor behind lower success rates for African American-owned businesses (across all industries) is lack of access to startup capital.

African Americans have less than 10% of the household wealth of whites, putting them at the lowest end of all minority groups. Cannabis entrepreneurs know the reality of bootstrapping. Bootstrapping is much more difficult when your wealth and that of your personal network is, at worst, nonexistent and, at best, pales in comparison to the capital access of your white competitors. If we can close this capital gap for just some entrepreneurs of color in cannabis, we can accelerate their rate of growth while we still have time to make an impact.

We have a game-changing opportunity to create intergenerational wealth through entrepreneurship for the communities most devastated economically by the war on drugs.