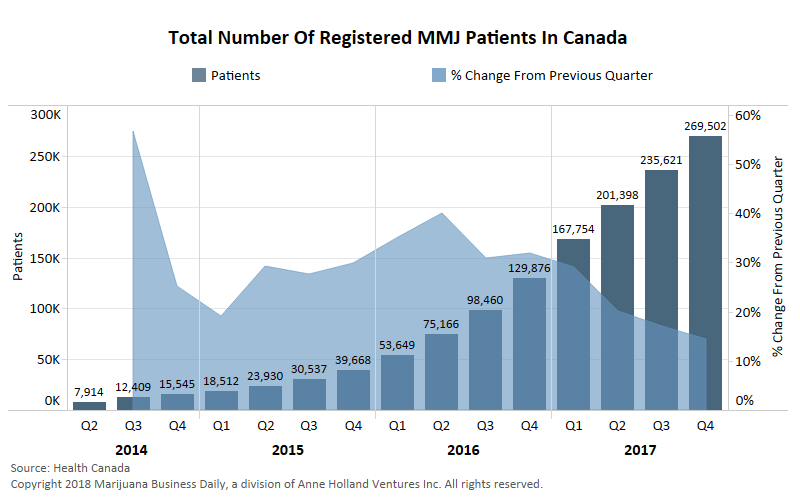 The agency that regulates pharmacies in Canada’s largest province dropped its opposition to the distribution of medical cannabis in drugstores this month, removing a key hurdle that will ultimately lead to a much larger accessible market for MMJ.

The Ontario College of Pharmacists now says “it does not oppose any federal or provincial legislation that would permit the dispensing of non-smoked forms of cannabis for medical use within pharmacies.”

ADVERTISEMENT
“What Ontario has done is a significant step forward towards dispensing medical cannabis through pharmacies, although a lot of work still needs to be done at the provincial and federal level,” said Deepak Anand, vice president of government relations for the consultancy Cannabis Compliance.

However, he noted the agency may have gone too far in banning smoked medical cannabis, which he calls a “major challenge” as most military veterans consume combustible MMJ.

At the federal level, enabling in-pharmacy sales is not expected until after regulations for edibles and concentrates are unfolded in 2019.

Allowing in-pharmacy distribution of medical cannabis could boost patient growth, which has been declining since the second quarter of 2016.

“If it becomes available in pharmacies, it’s more normalized and accepted as a medicine,” he said. “Patients have a trusted relationship with their pharmacist, and they want to extend that relationship to include medical cannabis.”

Separately, sources say Health Canada plans to add phytocannabinoids to the Prescription Drug List, which analysts say in an important step for pharmacy distribution because it would allow medical cannabis companies to apply for a pseudo-drug identification number (Pseudo DIN) or PIN.

“That’s significant because pharmacies would really like having a Pseudo DIN or PIN before they can start to dispense medical cannabis,” Anand said.

The addition applies to medical cannabis and will take effect Oct. 17.