A congressman, an activist and a pair of former federal officials agreed on one thing Wednesday on the first day of the Spring Marijuana Business Conference & Expo: The only certainty for cannabis businesses under the Trump administration is uncertainty.

“People who hang on the words of this administration are going to suffer terminal whiplash,” said U.S. Rep. Earl Blumenauer, D-Oregon – one of four panelists discussing the first 100 days of the Trump administration – when asked how those in the marijuana industry should interpret the various statements made by Trump surrogates and cabinet members.

ADVERTISEMENT
“People are trying to read all sorts of things into this stuff, and you can’t do it,” Blumenauer added during the panel discussion, held Wednesday at the Gaylord National Resort & Convention Center on the outskirts of Washington DC.

Andrew Perraut, a former White House staffer under President Obama, said Trump’s policy on cannabis “is relatively unknowable at this point” even though the new president has been “relatively consistent” in his support of medical marijuana, in large part because he has hedged his position when asked about recreational cannabis.

But John Vardaman, a former assistant deputy chief of the money laundering section at the Department of Justice, noted Trump’s DOJ has not launched serious new enforcement actions.

“They have not deviated one iota on enforcement, and we’re over 100 days in” to the Trump administration, Vardaman said. “That’s very telling.”

The panel made very clear, however, that cannabis companies, executives or consumers are not in the clear.

Trump – or high-level members of his cabinet, such as Attorney General Jeff Sessions – could change federal policy almost on a dime.

“There is a mandatory minimum sentence of 10 years for a thousand plants,” Sherer pointed out (plenty of state-licensed growers have far more than that). “A lot of things that are going to undermine this industry aren’t going to be done with a press conference. They’re going to be slowly done behind the scenes.”

Perraut piggybacked on Sherer’s point, adding that Sessions could spearhead a “death by a thousand cuts” for marijuana companies through added regulatory hurdles or a much stricter version of the Cole Memo.

Vardaman countered, however, that Sessions has admitted the DOJ doesn’t have the resources to shutter the entire U.S. cannabis industry.

“Even if this department is hell-bent on returning to a policy of full enforcement, they simply don’t have the resources to do it,” Vardaman said.

“For an administration that’s all about winning,” he added, “if you announce a policy of full marijuana enforcement, that thing is DOA the second you say it. There’s a huge gap between what some in this administration may want to do and what’s possible.”

Vardaman also predicted Sessions “in a weird way … could end up being the best thing that’s ever happened to this industry” if the Trump administration winds up affirming the Cole Memo or states’ rights to regulate MJ – or backs additional federal reforms. That, he said, could give the industry a real “shot in the arm.”

“If you think about how low the expectations are and how high the concerns are, we could potentially be looking at a sort of a ‘Sessions goes to Mendocino’ moment,” Vardaman said to laughter, alluding to former President Richard Nixon’s historic trip to China.

While the industry waits to see what may happen with Trump and Sessions, Blumenauer and Sherer implored attendees to follow state law – and the Cole Memo – as closely as possible.

Sherer suggested, for instance, that an explosion at a concentrate production lab could serve as an invitation to the Drug Enforcement Administration to crack down on similar MJ companies. And Blumenauer said the entire industry needs to avoid giving anti-cannabis officials any reason to ramp up enforcement.

“We need people to not cut corners, because if there is some egregious abuse, that would be an opportunity to intervene (for the DOJ/DEA),” Blumenauer said.

Along with the Trump panel, conference attendees heard from two keynote speakers.

Vardaman, who is now a vice president for the payment solution firm Hypur, and Loren Israelsen, the president of the United Natural Products Alliance, both had words of advice for cannabis entrepreneurs in their keynotes.

Israelsen, who’s spent decades in the dietary supplement industry, and Vardaman, who helped craft a federal banking guidance memo released by the DOJ in 2014, both said those in the marijuana business need to keep pushing for additional reforms.

“We decided we had nothing to lose. I don’t know if you’re there. … But when you feel like you have nothing to lose is the moment when something really important is going to happen,” Israelsen said, noting that at such a point people lose their fears. His industry helped pass federal legislation laying the groundwork for today’s natural products and supplements business.

Vardaman said the industry should also take heart that federal regulators have not targeted banks that do work with MJ-related companies, even though such banks are technically open to prosecution from the DOJ. The spirit of the 2014 memos, he said, was that as long as banks follow the guidelines in the memos they’ll be left alone by the feds.

“That interpretation has been borne out,” Vardaman said. “There have been no enforcement actions” against banks since the memos were issued, he said.

But for the entire industry to gain full legitimacy, he said, full banking access will be a necessity.

“The bottom line is the fate of legalized marijuana and marijuana banking are inextricably linked,” Vardaman said. 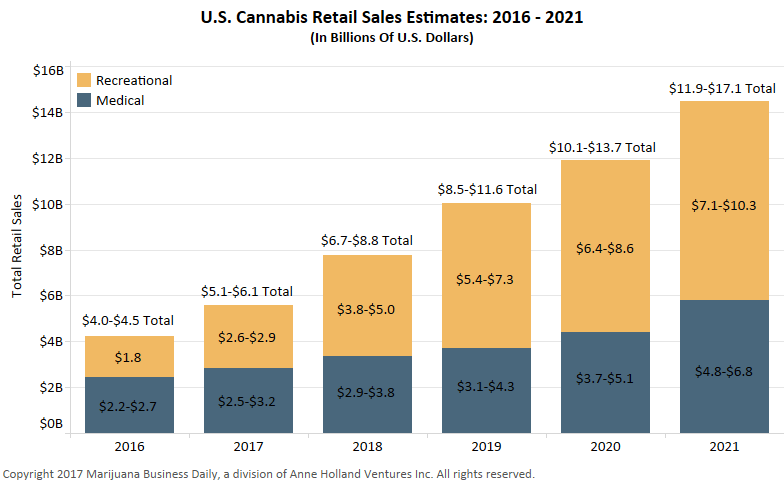 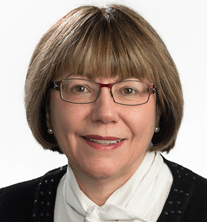