The former TV reporter who generated controversy last fall when she quit her job on-air to support Alaska’s recreational marijuana legalization effort is at it again.

Charlo Greene plans to open a pseudo-dispensary in downtown Anchorage on Feb. 24, the day rec possession and consumption formally become legal in the state, according to the Alaska Dispatch News.

The move is already drawing criticism, with some saying she’ll be breaking the law and others worried that she’s giving the marijuana business a bad name.

Alaska Cannabis Club won’t be a traditional dispensary that follows business models in other markets, because the sale of marijuana will still be technically illegal in the state.

Instead, the nonprofit club will operate as a sort of collective, allowing state MMJ cardholders to make a “donation” in exchange for cannabis and edibles. Those donations will then be used to reimburse growers and keep the club afloat, Greene told the Dispatch News.

The club will also start a co-operative for rec users, allowing them to become members and essentially exchange cannabis between themselves, the paper reported.

Alaskan law permits MMJ patients to give up to an ounce of marijuana to another person, though dispensaries are still banned. Recreational stores are allowed under the law, but the state is still crafting rules on the industry and won’t even begin accepting applications for licenses until next year.

Greene reportedly hasn’t yet filed for nonprofit status for the club. 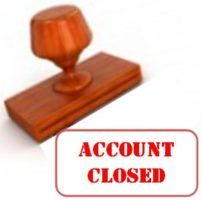