Shares of the five licensed cannabis companies that trade on the the Toronto Stock Exchange were down Friday after reports surfaced that it could become harder for investors to deal in the shares of Canadian marijuana firms with U.S. assets.

ADVERTISEMENT
According to the Globe and Mail, Canadian Depository for Securities (CDS) – a clearinghouse owned by the operator of the Toronto Stock Exchange, TMX Ltd. – is mulling whether to refuse to settle trades involving a handful of MJ firms with U.S. holdings.

CDS clears millions of trades daily between buyers and sellers.

Among the five licensed cannabis companies that trade on the TSE – which are considered bellwethers for the larger Canadian MJ industry – Aphria (TSE: APH) was down down 7.4% in midday trading from Thursday’s opening bell.

The licensed producer has ties to the U.S. cannabis industry through its interests in Arizona, Florida and potentially Ohio.

The other four companies saw stock declines as well:

All four told Marijuana Business Daily they do not have cannabis-related assets in the United States. They said the country is a no-go zone because medicinal cannabis is illegal at the federal level.

If CDS opts to proceed with the move, “we’re going to have to find some other way for providing for clearing and settlement if we’re going to continue to trade those securities (with U.S. assets),” Richard Carleton, CSE’s chief executive officer, told the Globe and Mail.

In a related development, TMX Group is reported to be close to announcing a policy on how it will handle Canadian cannabis companies with U.S. assets, such as Aphria, according to Bloomberg. 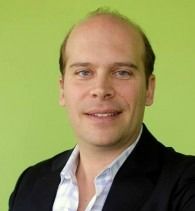