The legal cannabis industry, however, was still getting started.

Leafly thrived and, before long, caught the attention of Privateer, a cannabis-focused holding firm that bought the web company in 2011 for an undisclosed amount.

And that, in turn, spawned the tech trio’s newest idea: software that helps cannabis companies track and regulate inventory so they work in a more efficient manner.

So in 2015, Scott, Vickers and Wansolich left Leafly and founded Headset in Seattle.

The company has raised $4.5 million – including a $2.5 million infusion in January – and plans to increase its funding to fuel ambitious expansion plans that include breaking into Canada when that country legalizes recreational marijuana next summer.

Marijuana Business Daily spoke with Scott about how data can help cannabis companies, the importance of expanding carefully and how to woo investors.

Do people in the industry know how to use data to their benefit?

There’s a spectrum of experience.

There are a lot of people coming into cannabis from other industries where they had data analytics, and now they’re looking for data analytics in cannabis.

But there are others who maybe have never been exposed to data and how to use it. For those people, we provide training and education, so they can get the most out of our products.

What is your most popular product?

We think about Headset as everything that is the data analytics part of the industry – the data layer of cannabis is what we really want to be.

Anything that has to do with transactional data. That’s the common thread.

Our most popular product right now is Headset Bridge, which is a retailer direct data sharing platform. It enables a retailer, dispensary to share a vendor’s inventory sell-through and price point back with that individual vendor.

It really helps these vendors, these brands and the product manufacturers better forecast demand, so they can see, if it’s a new product, how fast it’s moving.

That means they can do better forecasting, they can optimize production runs, make sure that they have optimal inventory, and even do things like inventory management for the retailer.

We really taken a page from the Walmart model, where they share the data with the vendors, and then the vendors supply them with the optimal amount of inventory. It solves a real pain point for these operators.

Tell us about your expansion plans.

(Since Headset’s inception), our products have gone into use in a number of markets, including Colorado, Oregon, California and Nevada.

The nice thing about what we do is that it works in pretty much any market, we don’t have to do a lot of modifications to the system.

It’s just a matter of us having the resources to reach out to those new markets.

We’re focused mostly on the West Coast, the mature markets that have been medical or adult use longer.

That said, we have accounts in places like Washington DC and Illinois, but they’ve been less of a priority as we expand our reach.

Markets like California are very important to us, so we’re investing a lot of resources in that market to get ahead of 2018 and to be able to support businesses that are operating now.

We’re also looking at places like Canada for expansion. We’re trying to figure (Canada) out a little bit, probably like everyone is.

How many employees do you have, and do you have the resources to expand?

We started the year with seven employees and now have 15 employees doing things like design, product development, engineering, data science.

But we also have accounting and sales executives, and those are the roles that are really helping with the expansion – doing the outreach, connecting with the brands, dispensaries and retailers, and introducing them to Headset. That’s a big chunk of our team.

By the end of the year we should have 20 people on the team. We’ll be investing in sales, marketing and engineering.

Any worries about expanding too fast?

We’re venture capital-backed, so in a lot of ways you want to expand rapidly, capture as much of the market as you can.

We have angel investors, Arcview member investors, some high-net-worth individuals. The two biggest are Poseidon Asset Management and Hypur Ventures.

We’ve raised around $4.5 million dollars. Early next year we plan to kick off our Series A, although the size is still to be determined.

What kind of investors would you like to have in the Series A raise?

We’ll probably have existing investors coming back and following on in a large way. We’re also looking at some more institutional venture capital.

We’ve been getting a number of inbound from more traditional venture capital groups that aren’t necessarily cannabis-focused or haven’t made an investment in cannabis (that) are very interested in potentially coming in with our A Round.

MassRoots sues former CEO, alleges theft of over $250K, drug use and other ‘serious misconduct’ 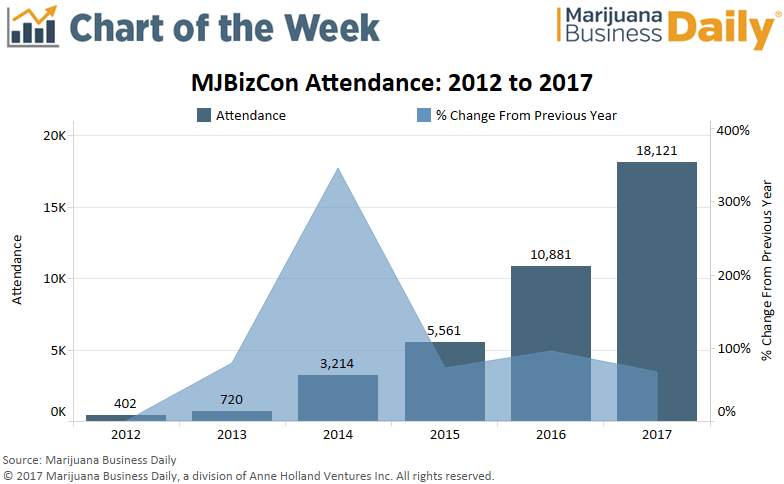