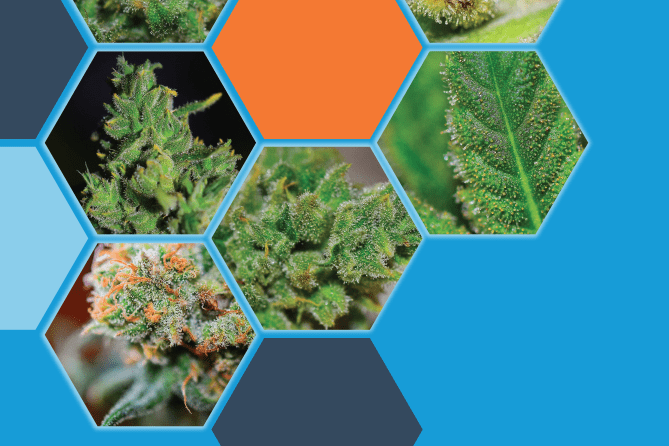 You hear it often from longtime cannabis users: What happened to the marijuana strain I once loved? Where’s the Acapulco Gold? Where can I find an original Hindu Kush?

As the cannabis industry progresses, cultivators are increasingly trying to develop new strains through crossbreeding. The hybridization of marijuana is slowly pushing out those original, landrace strains that developed long ago around the globe, making them harder to find on store shelves.

A handful of growers and breeders are working to preserve these heirloom-like strains to keep their genetics intact. The landrace strains can be used to develop hybrids that contain the desirable characteristics of the original genetics, such as potency, flavor and plant resiliency.

Going back to a genetic of an original strain often allows you to maximize the characteristics of the plant you are trying to create.

“We don’t know what the future brings, and as new research and technologies are developed there could be huge medicinal and scientific benefits lost if we do not preserve the original genetic source,” said Jason Martin, president of Tree of Life Seeds, a hemp cultivator in Boulder County, Colorado.

Dan Heims, a breeder and consultant for Potpots in Aurora, Oregon, echoed that point.

“The inbreeding in the industry right now is severe,” he said. “One of the most important parts of landrace strains is that you’re returning to original genetics.”

But preserving landrace strains is not easy and requires skill and patience. Plus it’s a tricky business proposition that requires balancing the preservation of these strains with the demands of consumers who want more modern hybrid varieties.

Landrace strains – so named because their genetics won the race for the land – are typically defined as cannabis strains that have developed over thousands of years and are unique to a particular geographical region. Famous landraces include Afghan Kush from Afghanistan and Durban Poison from South Africa.

Two schools of thought exist when it comes to preserving these genetics:

“We certainly understand the importance of keeping stuff around,” said Sam Epstein, co-founder of Colorado Seed, a seed and cultivation company in Boulder, Colorado. “We also have one foot in trying to revolutionize the genetic market.”

Use Landrace Genetics as a Tool

If a cultivator breeds responsibly and remains patient, a landrace strain can yield high-quality plants.

A cultivator typically wouldn’t try to breed an Afghani landrace strain all on its own and release it as refined Afghani genetics. To crossbreed it with another strain and release something new into the market would be a more likely scenario.

“I value every one of our landraces and heirloom strains as part of our toolbox,” Epstein said. “Just like a famous tomato variety, the ‘Celebrity’ tomato seeds you buy right now are not the same as the seeds you bought 10 years ago. Though they’re still called ‘Celebrity’ tomatoes, they’re always being worked on and tweaked.”

Epstein sees the importance in landrace strains, yet the market dictates his growing decisions.

“For the consumer, I think it’s extremely important to keep these old genetics around,” Epstein said. “But you’d have to dedicate yourself to preserving those genetics. The market seems to not want to reward you for doing that right now. It’s a bit of a quandary.

“For me to sell a product that the current market wants, I better take it and cross it with something that’s going to increase the potency, make it grow normal in a commercial growing environment and make it yield appropriately.”

Heims, the Oregon plant breeder, traveled to Papua New Guinea earlier this year and hunted down a strain on his own. He asked around until a friendly local took him to where a hearty sativa was growing in the wild and collected seeds.

He’s growing the plant now and hopes to soon cross it with a popular local strain, Pit Bull, that tends to succumb to powdery mildew. The Papua New Guinea landrace grows in a hot, humid environment and has, through natural selection for hundreds of years, developed traits that protect it against mildew.

It’s an “uber-healthy” strain with vigor, Heims said, and it’s another tool in his toolbox.

Colorado Seed currently is working with a landrace strain from Yunnan province, in southwestern China, that’s a sativa with strong CBD content. Epstein recommends patience when working with strains like this: Anytime you’re working with landraces, the breeding takes much longer versus working with like-minded hybrids.

The Chinese strain could take Colorado Seed five to six years to perfect before it’s ready for the market. By contrast, if Epstein were to cross two strains with similar genetics, like a Chemdawg with an OG Kush, he could have a new hybrid on the market in a year.

Strains like the ones from Papua New Guinea and China are typically found growing outdoors, in their natural state.

When nurturing such a strain, Epstein tries to account for the environment, or terroir, of the original as best he can. But many times, because of the commercial nature of a cultivation operation, he must grow a Chinese strain next to one from South America or India to meet customer demand.

Ideally, he could grow a small chamber of just one landrace strain to observe as much as possible of what the plant is trying to show him – before he thrusts it into a foreign environment.

Clone-only genetics aren’t built to last. Copies of copies of copies eventually develop flaws. At some point, the mother plant will get sick and the genetics will change. When that happens, a cultivator must start from scratch.

At Tree of Life Seeds, Martin preserves his genetics by keeping the mother plants healthy and using tissue culture. The goal is to preserve a plant with a phenotype or any other characteristic that might stand out for research the company can do down the road.

For each hybrid that Tree of Life creates, the company aims to keep part of that for the back end – the tissue culture, the mother plant – so it has those genetics if it wants to cross the landrace strain back with something else. Tree of Live strives to keep as many different genetics available for the future as possible.

“It’s doing a lot of different things to see what, long term, actually works and what doesn’t,” Martin said. “We try to keep a very broad range of genetics available for us to work with.”