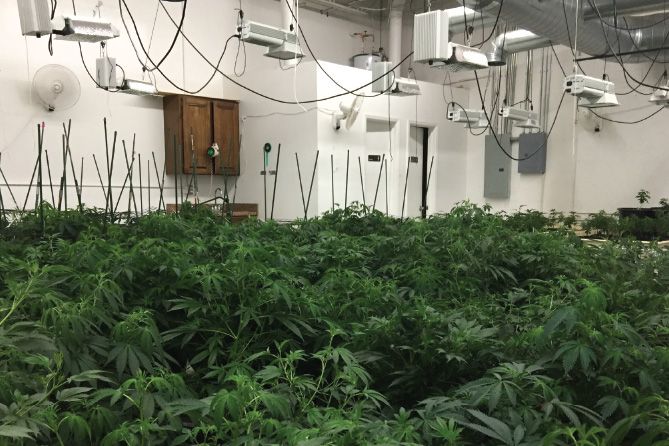 A critical component to early success is your grow: the team of green thumbs you assemble, the yield and quality of your product, and the way you market it.

“You have to come out of the gate strong or others are going to outperform and outshine you,” said Erik Briones, a horticulturist and founder of New Mexico’s Minerva Canna Group, a medical cannabis business with cultivation and retail facilities.

Briones knows a thing or two about outshining the competition. Minerva has grown from a single storefront to three, and from $780,000 in sales in 2011 to a projected $5.5 million-$6 million this year. He’s also started development on a sustainable living farm that will house not only greenhouses but a vegetable farm that uses recycled soil and water as well as organic waste from the greenhouses.

Briones, who founded Minerva in 2010, shared tips for how to prime a cultivation facility for success – and improve it along the way. His strategies include using organic cultivation practices, hiring flexible talent and making small, incremental changes to your grow versus a large-scale overhaul.

Develop partnerships with experts and other growers to gain an early, necessary advantage in your market.

Briones leveraged his horticulture experience to partner with small, out-of-town producers – something he recommends growers do in states with restrictive plant counts.

New Mexico, for example, previously imposed a plant cap of 150 for each licensed grower; it was later raised to 450 in 2015. To deal with the lower plant count, Briones helped small, licensed producers in the state grow better product. He then bought the flower wholesale. That meant, in the early days of New Mexico’s MMJ market, Minerva had more product on its shelves than rival retailers.

The key to working with other producers is trust and a shared commitment to quality, Briones said.

“You need to make sure that the product you are buying meets your standards, or those shortcomings will be passed on to customers and patients, and that’s a reflection of you,” he said.

If you own a small grow, it also may be worth the investment to hire a consultant to help take your business to the next level.

Some growers are tempted to overhaul their techniques frequently. Resist the urge, Briones said. Instead, make small, incremental changes to better measure what works and what doesn’t. A large-scale, hasty change risks the consistency and supply of the product.

“If you want to change something, change it in small steps,” Briones said. “If you’re growing a 25-plant rotation, take a fifth of them and try a new fertilizer line or a new technique. Then, you can measure what’s working and what’s not. But don’t reinvent the wheel all the time.”

“One of the biggest mistakes I’ve seen other producers make is changing their nutrient lines,” Briones added. “Someone sells them on a new line promising bigger yields or higher potency and they make the switch not knowing how to use the new nutrient line all through the growing stages.”

Mistakes can be made at every stage of growth, and growers need to closely monitor and document the effects of a new nutrient line, including any adjustments they make, Briones said. Rather than roll out a new nutrient line across your grow, try it on a few plants and then fine-tune the process.

“We’ve learned that many nutrient manufacturers tend to overfeed plants, and that results in burn or nutrient lockup,” Briones said. “That’s why growers need to find the optimum dose for their grows.”

Changes to lighting, in particular, should also be done carefully. Briones, for example, gradually changed all his grow lights from Bell Lighting to Gavita’s 1,000-watt, high-pressure sodium and plasma lighting. First, he evaluated Gavita’s lights in one room with a fraction of his plants and observed a 20% increase in his yield. He also noted a marked improvement in the quality of his harvest. That justified the large expense of changing the hundreds of lights in Minerva’s grows, but the carefully planned change guaranteed a quick return on Briones’ $90,000 investment.

You need a talented, capable team to manage your grow.

Be wary of growers who claim to be the best in the industry, Briones said.

“The market is full of growers who think they’re the best growers in the world, and they’re not,” Briones said. “They might have grown great product in their closets or their backyards, but an indoor commercial grow is a whole new ballgame.”

Vet growers and give them a six-month probationary period to demonstrate their skills. You can provide them with a small number of plants to harvest and evaluate their yields and practices.

“Young people bring fresh ideas, are eager to learn, are dying to get into this industry and can be trained to do processes your way, rather than bringing old, maybe not-so-efficient practices with them,” Briones said.