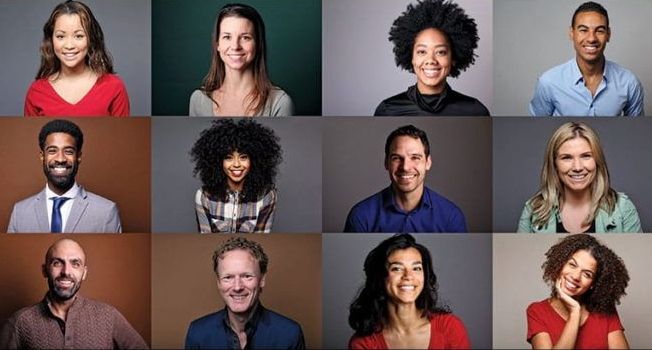 (This story appears in the October issue of Marijuana Business Magazine. It has been updated to correct the number of Vertosa employees.)

Many businesses are being challenged to advance racial diversity and social equity in their communities—and cannabis companies are no exception.

Diverse staffing should be part of the marijuana industry’s holistic approach to corporate responsibility, experts say. In that vein, cannabis businesses will likely need to analyze and adjust their current hiring practices to recruit and retain talented individuals from unique and underrepresented backgrounds.

“If the founders, the CEO or top-tier management is interested in diversity—if that is part of their moral compass or interests—that’s where it starts, and that’s when you have the strongest chance for (inclusion) to actually happen,” Raja told Marijuana Business Magazine.

About 80% of Vertosa’s 19 employees are from diverse backgrounds, she said. The issue is important to CEO Ben Larson, according to Raja. Larson and the Vertosa management team have taken steps to promote a diverse corporate culture such as recognizing Juneteenth as a company holiday and creating an employee listening session during a weekly staff meeting after George Floyd was killed during an encounter with police in May.

Businesses that want to add more women, people of color and individuals from marginalized backgrounds must start by assessing why they care about this initiative and what resources they are willing to invest in recruiting and retaining a more diverse staff, said Kelly Perez, CEO and co-founder of Denver-based KindColorado.

Perez and KindColorado President and co-founder Courtney Mathis consult with cannabis firms on how to develop social-responsibility and community-engagement plans. Through their new membership organization, Cannabis Doing Good, they hope to develop a directory of cannabis businesses owned by people of color. Part of their work includes anti-bias and anti-racism training and staff mapping with company leaders.

“I don’t know that you get to be a diverse and inclusive company without doing some of that uncomfortable work of figuring out why do you even want to go there,” Mathis said.

A lack of strategy could signal to existing and potential employees that the company is concerned more about appearing diverse than addressing broader equity problems. Even well-intentioned leaders could inadvertently cause offense without some foundational knowledge of race and gender issues.

For instance, the war on drugs and gentrification are two issues linked to the cannabis sector given that zoning often favors locating cannabis companies in neighborhoods most impacted by the war on drugs.

“Whenever a business owner doesn’t know the demographics of their staff, it actually tells us that they have not committed to creating a more equitable workforce—whether it’s for people of color or women or LGBTQIA folks,” she said.

Businesses can start by asking their workforces to provide optional demographic information. This outreach could also include questions about what level of knowledge workers already have about race, social justice and equity topics.

The survey results can provide businesses with baseline diversity information, which can help the company determine where to focus its improvement efforts. The staff feedback can help shape the firm’s diversity and inclusion strategy, Mathis said. 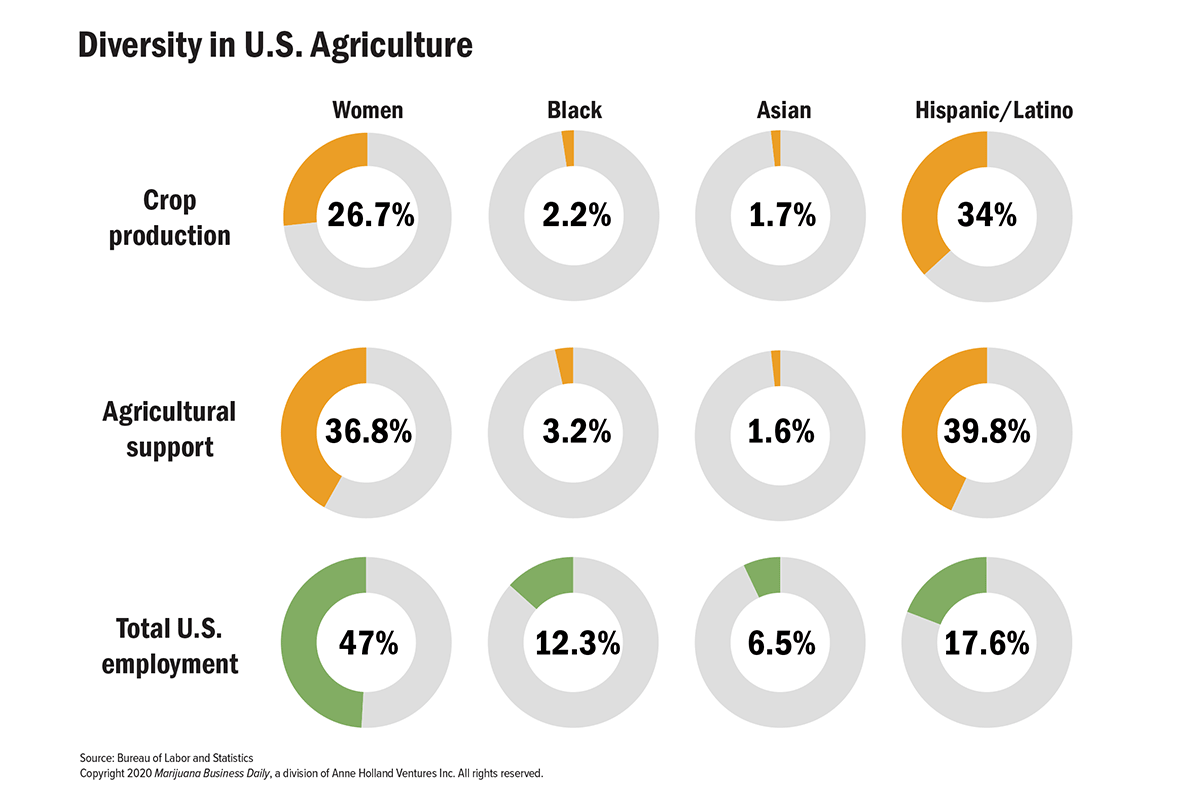 “If you’re looking to hire people coming from communities of color, they typically want to work for organizations where they feel that they’re represented,” said Kaliko Castille, vice president of the Minority Cannabis Business Association (MCBA).

Companies can look at their websites and social media presences to assess whether they’re amplifying diverse voices and images.

“Ultimately, it’s going to be a more long-term struggle than just being able to put up stock photography on your website and say that you’ve hired a couple of Black and brown people, so you’re diverse,” Castille said.

Companies can partner with recruiting services and consultants to help them bring in a wider range of candidates. Executives should look for providers that have incorporated diversity and inclusion into their approach, said Danielle Schumacher, CEO of Chicago-based THC Staffing.

“It really starts with job descriptions,” Schumacher said. “A lot of people will take a template and rush through getting the job description posted to Indeed and some of these mainstream sites.”

Simply breaking out which skills are really required for a role instead of which would be nice to have in a candidate can make a job listing more approachable, she said. For instance, does a cultivation director really need a Ph.D. to do the job, or would that just be an added perk from an applicant?

There are also websites and apps, such as Textio and Gender Decoder, that will flag gendered, racist and classist language that can be tweaked so potential employees are not deterred from applying. Including an anti-discrimination statement or equal opportunity statement in the listing can also be encouraging, but companies should think through and customize the language being used rather than just copy and paste boilerplate text, Schumacher advised.

The interview is another area hiring managers can scrutinize for internal bias or roadblocks to diversity.

“The most important thing is just having a script of what questions you’re going to ask and to actually stick to that script. And make sure that everything you’re asking is legal,” Schumacher said. “To be fair, you have to set it up so that you’re putting everyone through the same process as much as possible.”

Hiring managers can establish a rubric or scorecard to help evaluate candidates based on key factors such as their experience rather than superficial information like where they went to school. They can also break the interview into stages where they ask initial and overview questions during the first meeting and more detailed follow-up questions in subsequent interviews.

Companies seeking to improve diversity might be doing themselves a disservice by focusing on subjective parameters such as looking for someone who is a good culture fit or will be a part of the existing team.

“You’re asking them to blend into your white culture, so you’re going to think that somebody who’s not like you is not a good fit. In my opinion, that would be a good thing if they’re not able to blend in, because it’s good to seek out difference,” Schumacher said.

One way cannabis firms can guard against bias is establishing a hiring committee where multiple—ideally, diverse—people make the decision rather than one individual.

“It’s not just about hiring folks who are Black or brown or other people of color just to have them in the building,” said Ru Johnson, an MCBA board member and executive producer at Denver-based Roux Black Consulting.

“We’re talking about amplifying the voices of many Black and brown people of color who have the skills to do this work and to give them a seat at the decision-making table,” Johnson said.

The employee experience is important for retaining diverse candidates—and that starts during the onboarding process, Raja said.

“Something that makes the process easy in the beginning is automation, like a digital handbook that they might be able to get before they even start,” she said. It’s helpful to create a single repository where employees can find information about the company and its best practices as well as training videos.

“And as silly as this sounds, having an office buddy or being linked to someone who can help answer questions where you don’t feel judged and who you can lean on when you don’t have the answers can be super helpful,” Raja said.

Vertosa is flexible about allowing those connections to happen organically or tasking someone to be a new hire’s point person. The company also encourages weekly or regular individual check-in meetings between managers and employees as well as reviews every six months. These interactions give managers an opportunity to check on their workers both personally and professionally as well as gauge opportunities for growth.

“It’s my job to understand my team and their hot spots and cold spots and to see how to better bolster and support them,” Raja said. “A lot of times, I know someone’s looking to take the next leap in their career path, and (I need to know how I can) help support that—whether that’s figuring out a way to alleviate job responsibilities so they can focus on bigger things, whether that means providing additional classes or literature to grow, whether that means helping to find more space so that they can generate ideas or whatever that might be.” 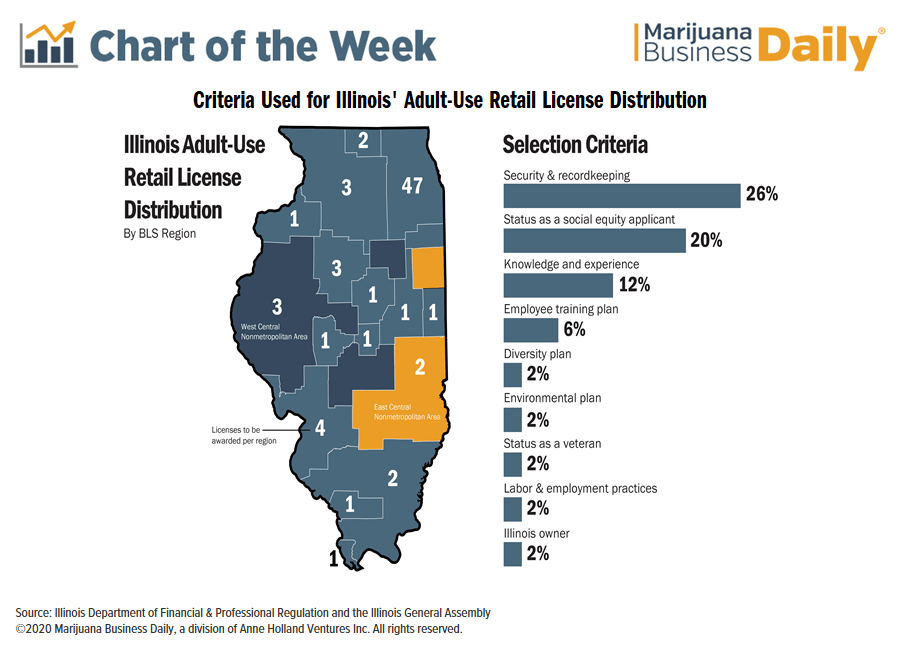 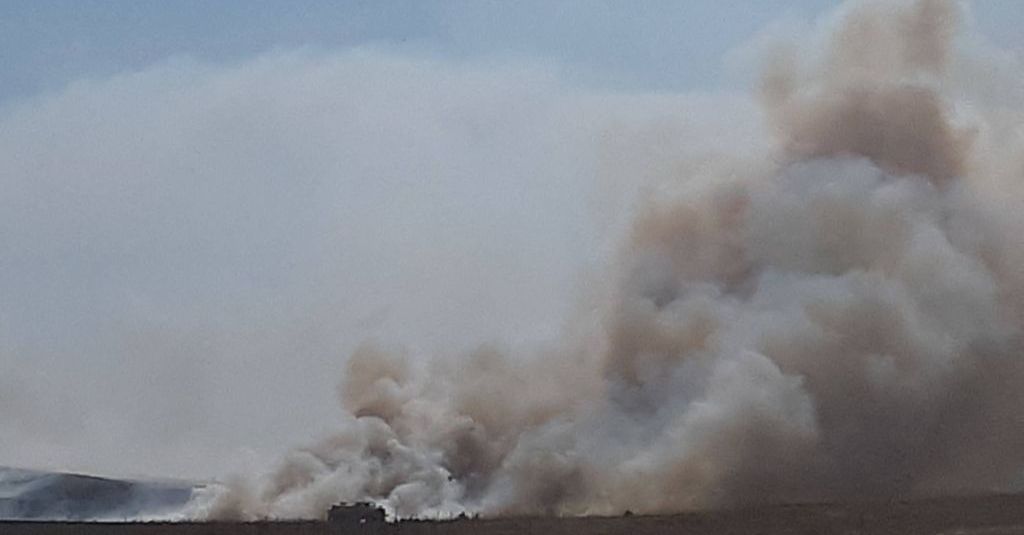