With most private institutions and credit unions still avoiding the legal cannabis industry, many marijuana businesses remain without bank accounts.

But one idea is gaining acceptance among MJ entrepreneurs and a growing number of cities and states: the formation of public banks to serve the cannabis industry.

The problem? It’ll be a while before any open their doors.

Cities that are looking into creating such financial institutions include Los Angeles, Oakland and Santa Rosa in California; Philadelphia, and Santa Fe, New Mexico. The states of Arizona and Maryland are also entertaining the idea.

ADVERTISEMENT
“It’s important for local jurisdictions to do what they can to facilitate a successful cannabis industry,” said Dan Kalb, an Oakland City Council member who’s supporting his city’s efforts to study the feasibility of a public bank.

Appeal of a public bank

There currently is only one public bank in the United States – the state-owned Bank of North Dakota (BND).

The Bismarck-based bank was founded in 1919 to serve farmers and small businesses in North Dakota who felt they weren’t getting fair treatment from commercial banks, and it remains popular today in a solidly conservative state.

And the North Dakota Department of Financial Institutions, not federal bank examiners, has oversight of the bank.

North Dakota’s medical marijuana program is due to go online in 2018, and a BND spokeswoman declined to discuss whether the bank would work with the state’s new MMJ companies.

So banking could also soon be an issue for North Dakota’s MMJ businesses.

For state-compliant marijuana businesses – which are still considered illegal under federal law – the ability to bank at institutions that are regulated by local governments, rather than federal agencies, would be quite welcome.

Those financial institutions wouldn’t have to worry about losing a federal license or incurring some other punishment for banking businesses that violate federal law, and therefore would be more likely to accept marijuana plant-touching clients.

Backers of public banks are supportive of the concept because they would support small, local businesses and community projects – but they have also made no secret of their desire for these banks to serve local marijuana businesses.

“We have to figure out a way to make this industry work,” said Los Angeles City Councilman Herb Wesson, who recently explained to the council why he supports a public bank in his city.

Both Wesson and Kalb have said they’ve been in contact with marijuana businesses that support the idea of local government-owned banks.

Efforts to explore such institutions are in various stages of progress:

That issue has prevented Colorado’s canna-centric Fourth Corner Credit Union from opening. Although Fourth Corner possesses a Colorado state banking charter, the Federal Reserve Bank of Kansas City has turned down the institution’s application for a master account.

Proponents acknowledge that federal reserve banks can withhold master accounts from financial institutions that serve marijuana businesses. But that’s far less likely to happen if the public bank intends to serve many industries, not just marijuana.

“The reason Fourth Corner didn’t get (a master account) is because they were too concentrated in one industry, and the risk associated with that went way up,” Armstrong said.

Late to the party?

Marijuana businesses should temper their hopes about public banking because it could take at least two or three years before such an institution jumps through the necessary bureaucratic hoops and accumulates enough capital to open.

And by then, industry observers said, it may be too late. A growing number of commercial banks are becoming open to accepting marijuana businesses as clients, so in a few years, public banks will face much more competition for cannabis cash than exists now.

“Public banks are a good idea, but by the time anyone gets around to opening one, you’re going to have – as far as California goes – more financial institutions for marijuana businesses to choose from,” said Lance Ott, CEO of Guardian Date Systems, a canna-centric financial services company in the Golden State.

“(Public banking) process could take years. By the time they launch it, they’re going to be too far behind to make a large impact unless they offer some very attractive incentives to potential customers to come on board.” 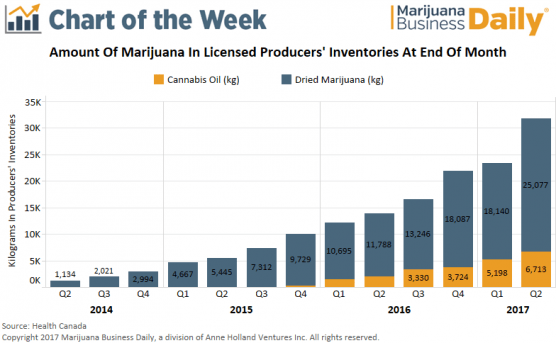 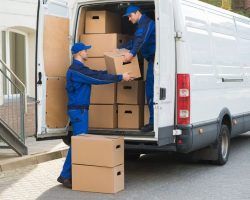